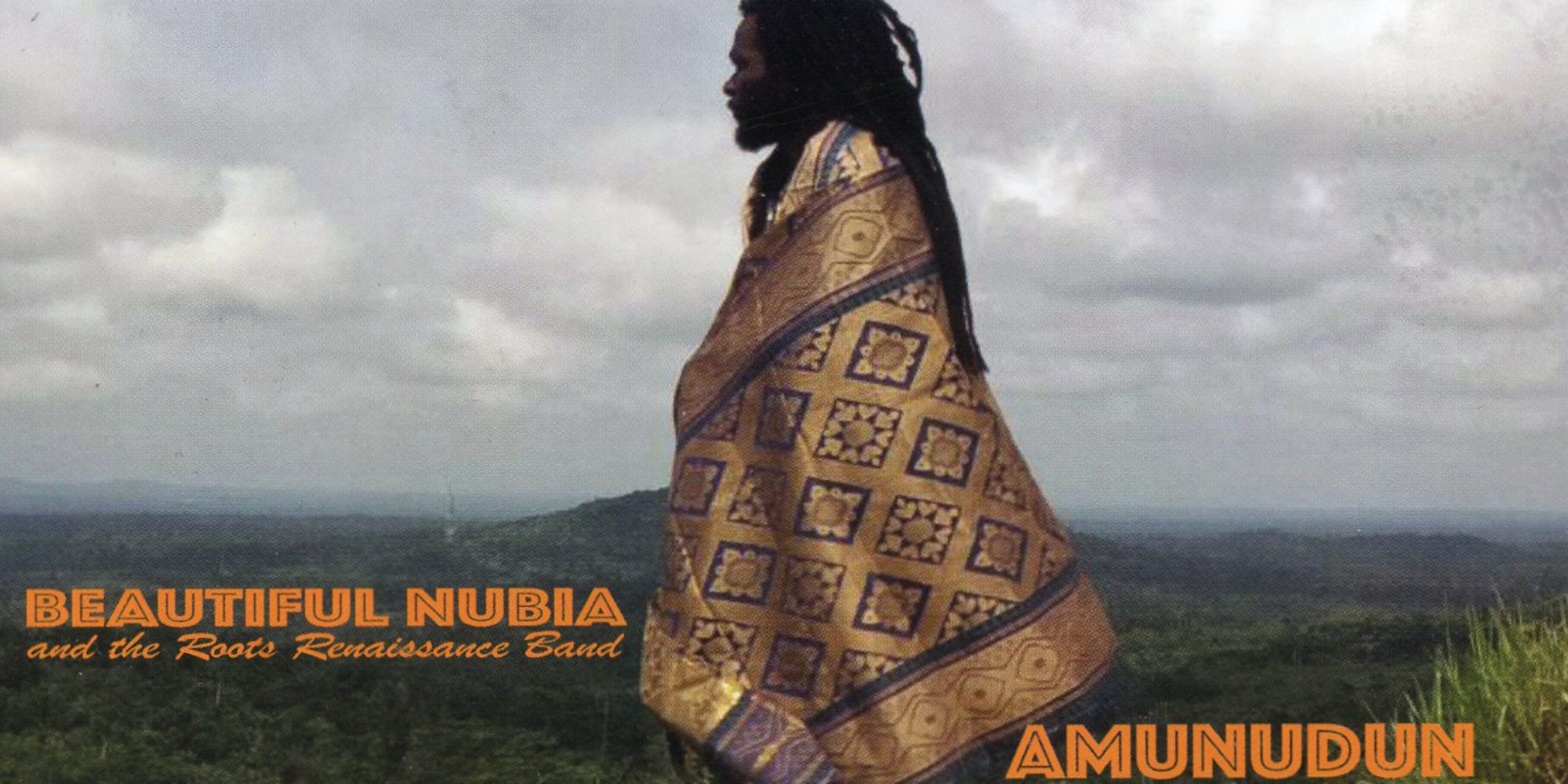 When Afropop was in Nigeria in 2017, we were looking for artists who don’t fall neatly into any set category—not Afrobeat or Afrobeats, not juju, fuji, apala, highlife or gospel, artists who make their own style and cut their own path in Lagos’s complex musical landscape. One seasoned observer told us, “You need to meet Beautiful Nubia.”

We found the artist and his band performing for a loyal coterie of fans in an improvised performance venue inside what seemed like an abandoned commercial building. The setting was decidedly modest, but there was a vibe. The band featured brass, guitars, percussion and keyboards. It felt kind of retro and folksy, a mix of pop, highlife, reggae, but not really any of these. When Beautiful Nubia took the stage with his long dreads and his plaintive vocal, he connected. This crowd knew the songs. The listened closely to verses and joined in singing on choruses. There was no doubt that his messages, sung in both Yoruba and English, were hitting home and tugging at heartstrings.

At the back of the room, there was a table with no less than 12 of Beautiful Nubia’s CD titles, and copies of his novel, Citadel Blues, loosely based on his school years during the turbulent ‘80s, when he was studying to be a veterinarian. Nubia’s third album, Jangbalajùgbú (2002) included the song “How D'You Do?" ("Owuro L’ojo"), well known to all since it’s still played on radio stations first thing in the morning—a gentle entrée to another tough day in Lagos.

Coming to this new release, Amunudun, from the folk philosopher and his Roots Renaissance Band, we have a set of 15 swinging, earthy numbers. The recording is simple, not polished or finely produced, but sincere and soulful. The percussion is crisp and forward; the brass section warm and melodious throughout, and electric guitars tangle amiably. Nubia, whose real name is Segun Akinlolu, has a versatile, rustic voice, smooth and silky on “Abga Meje” with its Wailers-like backing vocals, growling and energized on “Rally” with its chugging brass and percussion and catchy pop refrain, or the reggae-inflected “On Again.”

A few songs hew to the clave-like feel of old highlife, notably “Congolioness” and “Guardians.” Many tracks unfold in a minor key with a brooding undertone, but the brass melodies never fail to inject an air of joy. That blend of tunefulness and gravity is Nubia’s winning formula. Then there are surprises, like “Bi Oyin” bounces along like an old country & western number garnished with an old timey trumpet break.

For those worn down by the gleaming techno perfection of contemporary African urban music, Beautiful Nubia may be the perfect antidote. He’s his own man in a world of musical clans, and he writes songs that will stay with you all day long.