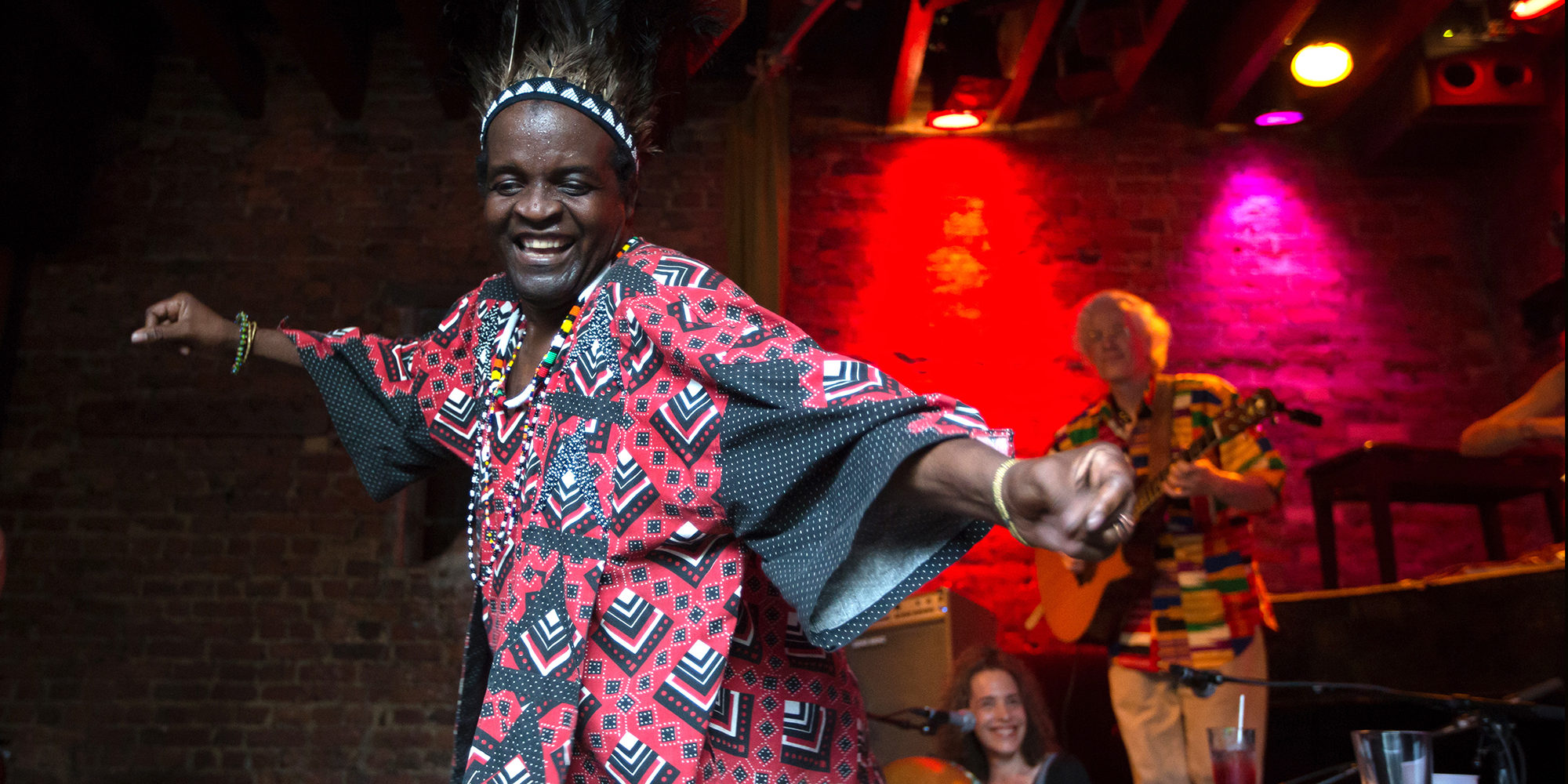 Chartwell Dutiro has joined the ancestors. More than a brilliant Zimbabwean mbira player and a pillar of Thomas Mapfumo and the Blacks Unlimited during their rise to international fame in the late 1980s and early ‘90s, Chartwell was a musical visionary with a deep and abiding fidelity to the Shona tradition in which he was raised, and a wry, witty cosmopolitanism that made him a singularly effective ambassador to the world.

Shorayi Dutiro’s journey began in a Kaganda village in the Bindura region of then-Southern Rhodesia. According to his passport, he was born on Dec. 26, 1957, but he was never certain of the accuracy, given the cavalier attitude of colonial Rhodesian authorities toward the residents of rural communities. He often told the story of how a white doctor, not his parents, decided to call him Chartwell, after Winston Churchill’s summer home. Only years later when he actually visited the place did Chartwell learn that this was the derivation of his name. Nevertheless, the name Chartwell has always appeared on his official documents. 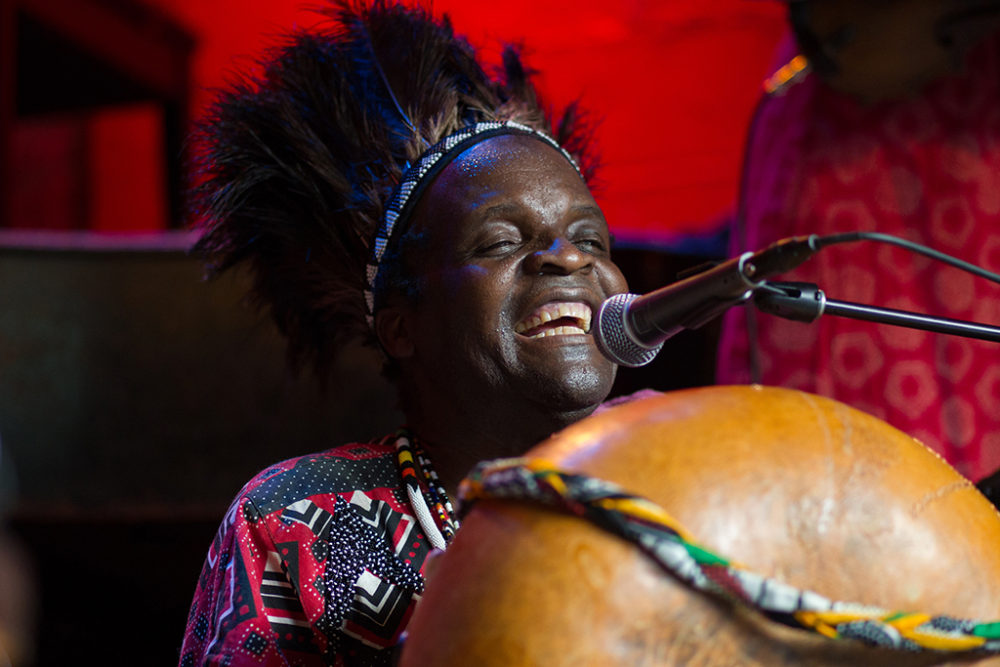 Chartwell lived a traditional childhood. He began playing mbira at a very young age and was soon invited to play in ceremonies with a female spirit medium active in Bindura region. From boyhood, he was immersed in the spiritual realm of Shona music and the life-changing encounters that occur in these healing ceremonies. As a boy, Chartwell also experienced the violence of the liberation war. He carried with him a vivid memory of soldiers showing him the bodies of supposed guerillas who had been executed. To Chartwell, they looked more like his relatives than actual foes, and so his political education began.

Chartwell went on to play saxophone in the Prison Band, a brass ensemble that performed in “protected villages” during the dying days of Southern Rhodesia and on the streets of Harare. He had completed a correspondence course with the Royal School of Music in England, learning to read and write music. It was this combination of deep traditional knowledge and practical musicianship that made him a perfect candidate for Thomas Mapfumo’s band, in which he performed and recorded from 1986-93. Chartwell was a key player in adding mbiras to the band’s stage lineup, working out tricky issues of tuning and amplification. In later years, he would regret that the band’s approach eliminated the distinctive buzzing of shells and bottle caps that are essential to the traditional sound of the mbira. Looking back, he found the sound “too clean.” But anyone who has listened to albums like Zimbabwe-Mozambique, Corruption, Chamunorwa, Hondo or Vanhu Vatema can attest to the enduring brilliance of the Blacks Unlimited sound during the Chartwell era. 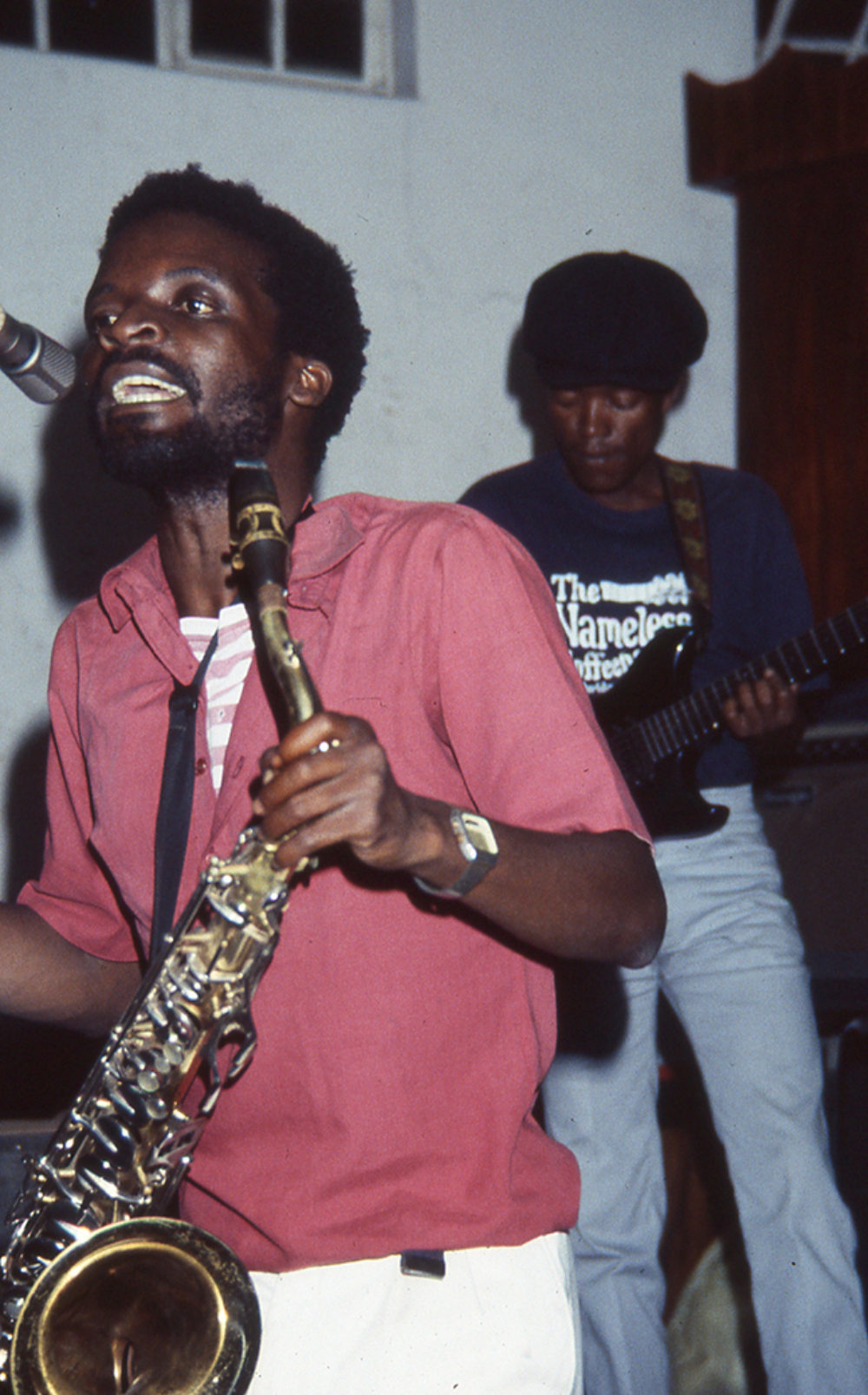 Chartwell on sax with the Blacks Unlimited in Harare (Eyre, 1988)

Afropop first met Mapfumo and his band early in Chartwell’s time, and he and I became fast friends. Chartwell had an uncanny ability to connect with people and to explain subtleties of Shona music and culture with clarity, gentle passion and great humor. He was irresistible. The late Thomas Terrell, who road managed the Blacks Unlimited during their first U.S. tour recalled: “Chartwell was the man, jumping between sax and mbira. Chartwell had a spark. He was like Mingus; his mbira playing was fucking strong.”

Chartwell’s departure from the Blacks Unlimited came with some bitterness. Thomas and Chartwell had been like father and son during those fruitful years, and hard feelings lingered. But when Thomas learned recently of Chartwell’s illness, he expressed only sadness and sympathy as he reflected on the work these two great artists did together, and he did speak briefly with Chartwell by telephone for the first time in decades, just days before the end. 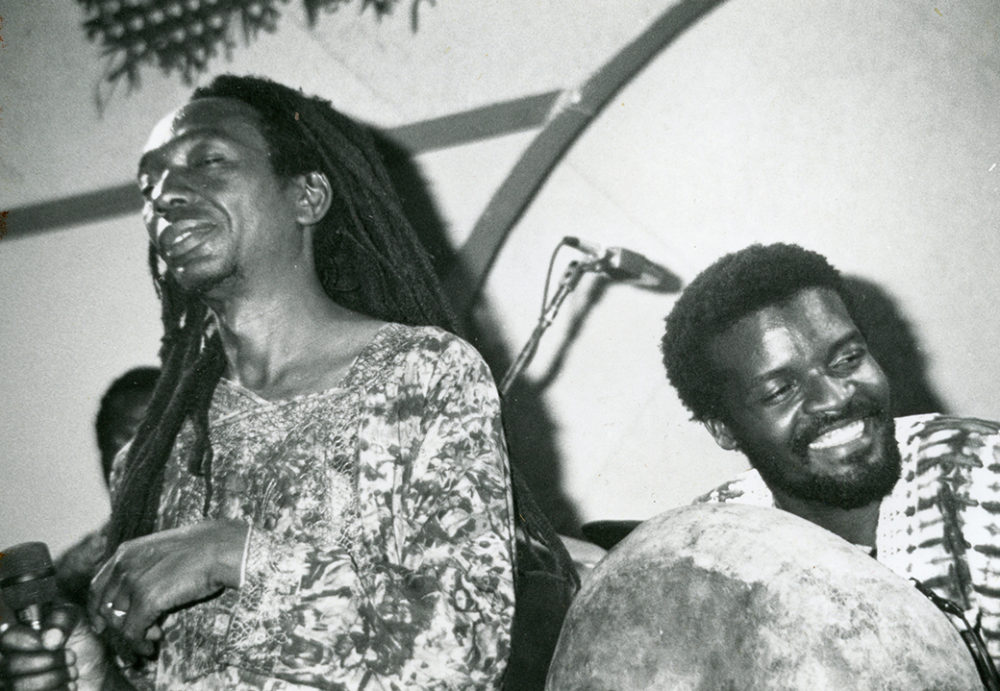 Thomas Mapfumo and Chartwell Dutiro at SOBs in NYC (Eyre 1989)

After leaving Zimbabwe and the Blacks Unlimited, Chartwell went on to base himself in the U.K., where he studied and earned a degree from SOAS (School of Oriental and African Studies) in London. He wrote a dissertation, which later became a book, on adapting mbira to contemporary ensemble contexts. Over the years, he lectured, taught, performed in many settings, and made a number of memorable recordings, first with his group Spirit Talk Mbira and later with other ensembles. His double album Pasichigare is one of the best recordings of contemporary mbira tradition available.

In 2015-17, the members of the New York band Timbila and I had the honor and pleasure of spending some months with Chartwell, performing and recording the double album Sadza With the Head of A Mouse. I had seen little of Chartwell in the intervening 20 years, but when we embarked on this project, our friendship picked up as if not a day had passed, and the experience of working with him on this album was one of the musical highlights of my life. I think I can say the same for all the great musicians in Timbila.

On his last visit to the U.S. in 2017, he was accompanied by his son Shorai (he modernized the spelling of Chartwell’s birth name), also playing mbira. Chartwell told audiences that this was something he had never imagined would happen, and he was very proud of his son’s choice. 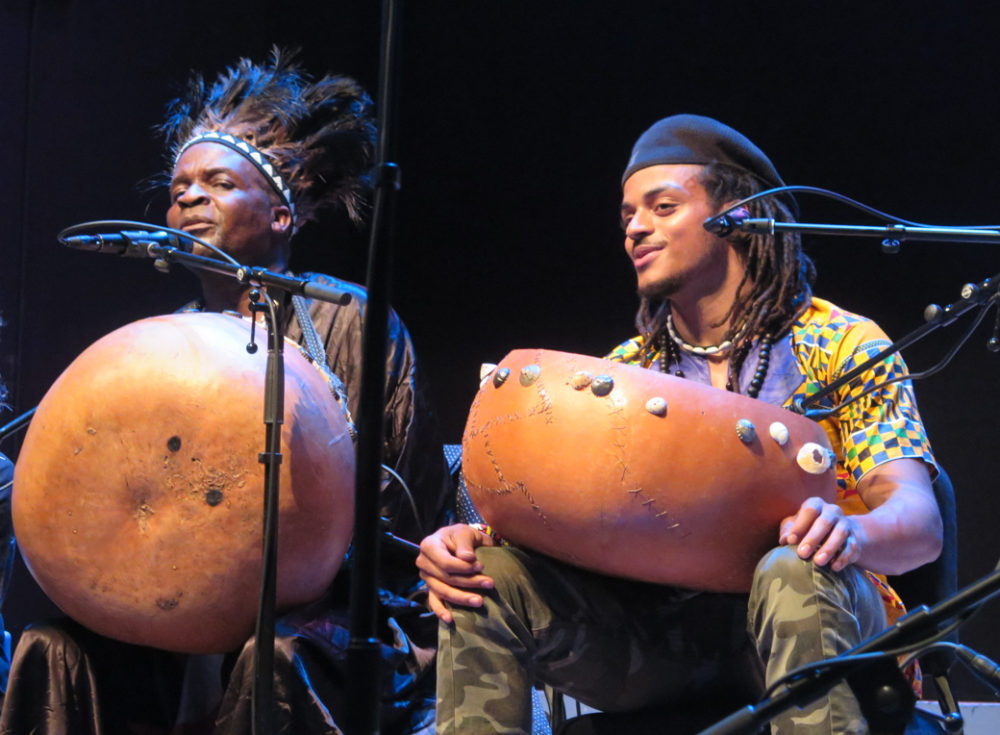 When Chartwell received a diagnosis of cancer, he kept it quiet. Many of us close to him learned of it only in the past few months. Sadly, the disease was too aggressive to fight even with today’s treatments, and it became clear in July that little more could be done. The maestro spent his final weeks surrounded by family, friends and fellow musicians who fed and serenaded him right up to the end, which came on Sunday morning, Sept. 22 at his home in Devon.

Shortly before he died, Chartwell got word that he had received an honorary doctorate from Bath Spa University, where he had studied and taught. Showing a flash of his reliable sense of humor, Chartwell promptly insisted that he be referred to henceforth as Dr. Dutiro.

Chartwell is survived by his wife Jori Buchel, as well as former wives and partners who shared his life over many years, also nine children, and a host of friends and musical associates who were blessed to know him, and who still struggle to believe that such a potent human force has left us.

Chartwell’s family has organized a GoFundMe campaign to repatriate the man to his home village in Zimbabwe. Click here for details. 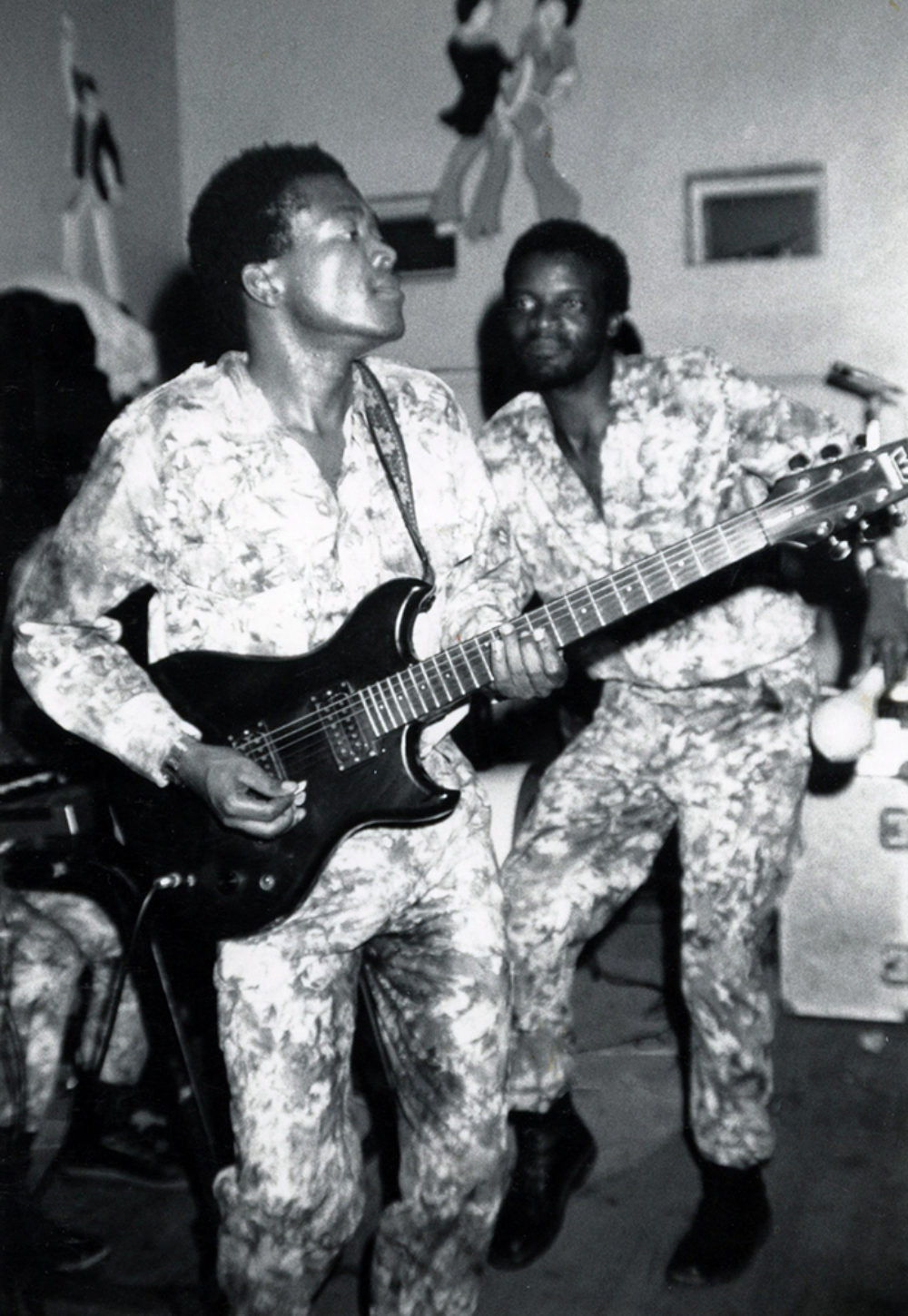 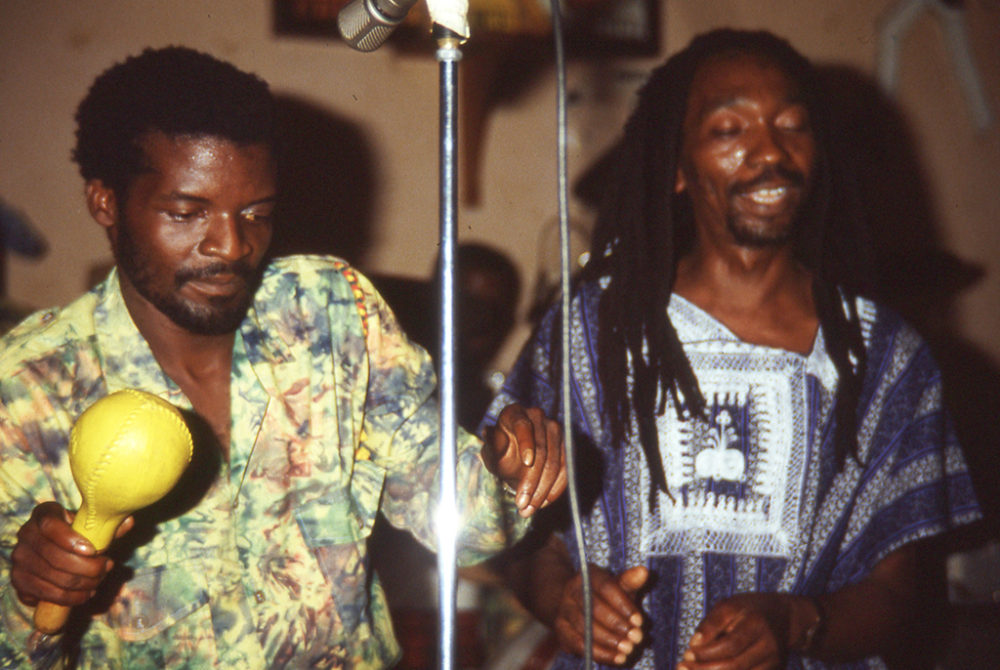 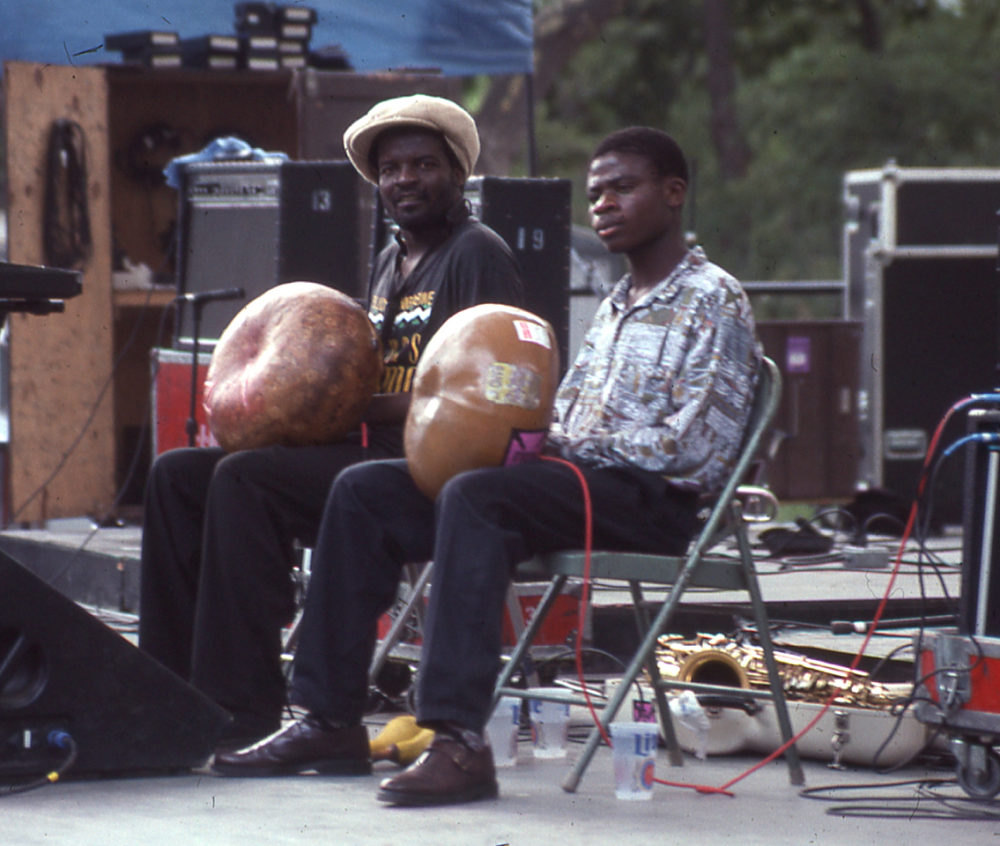 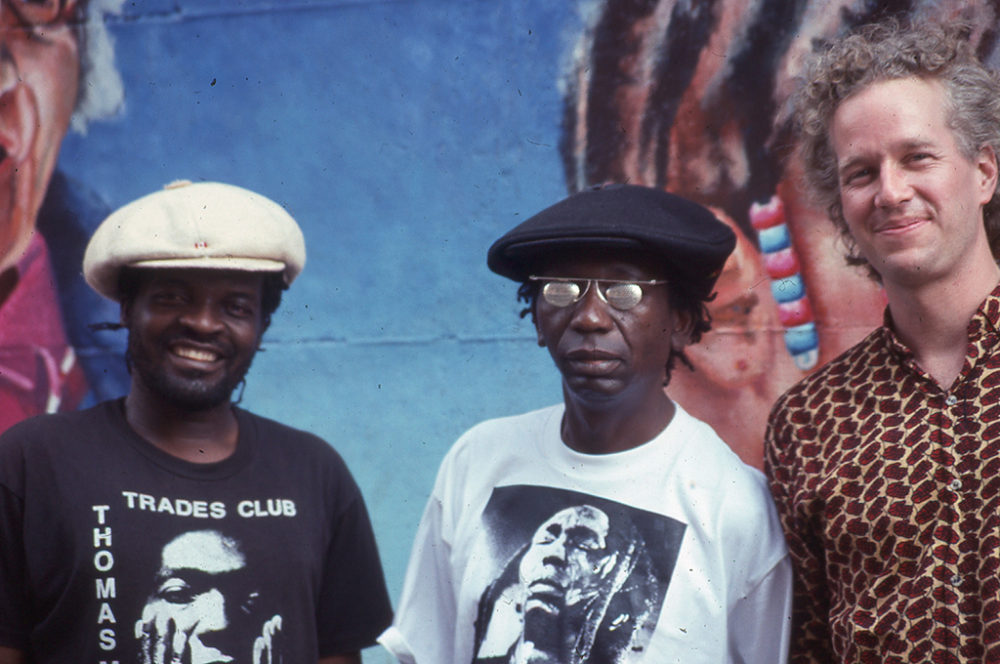 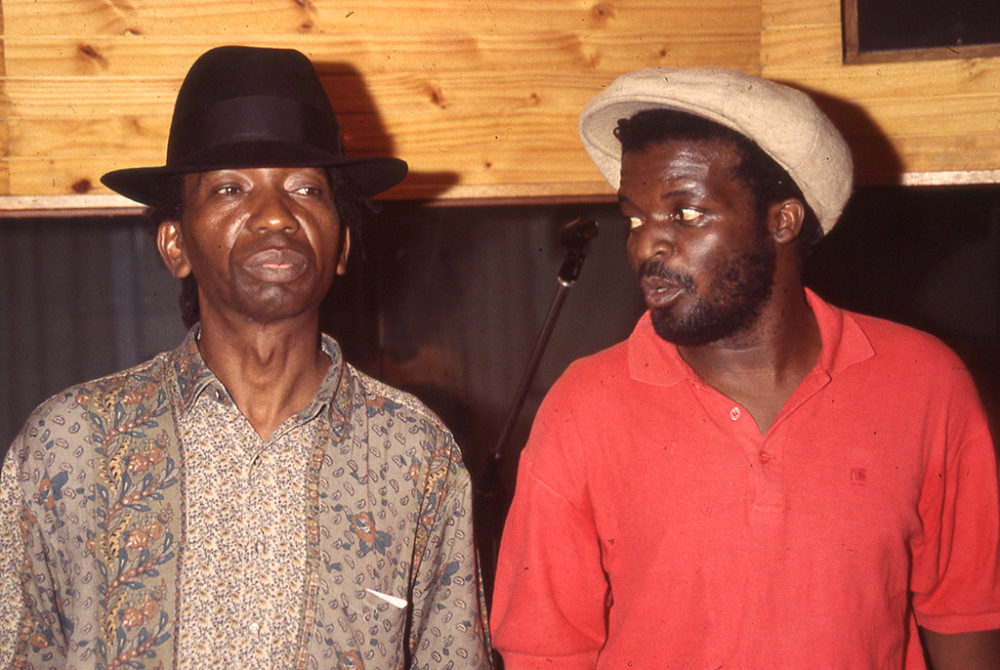 Thomas and Chartwell in Harare during the recording of Vanhu Vatema (Eyre, 1993) 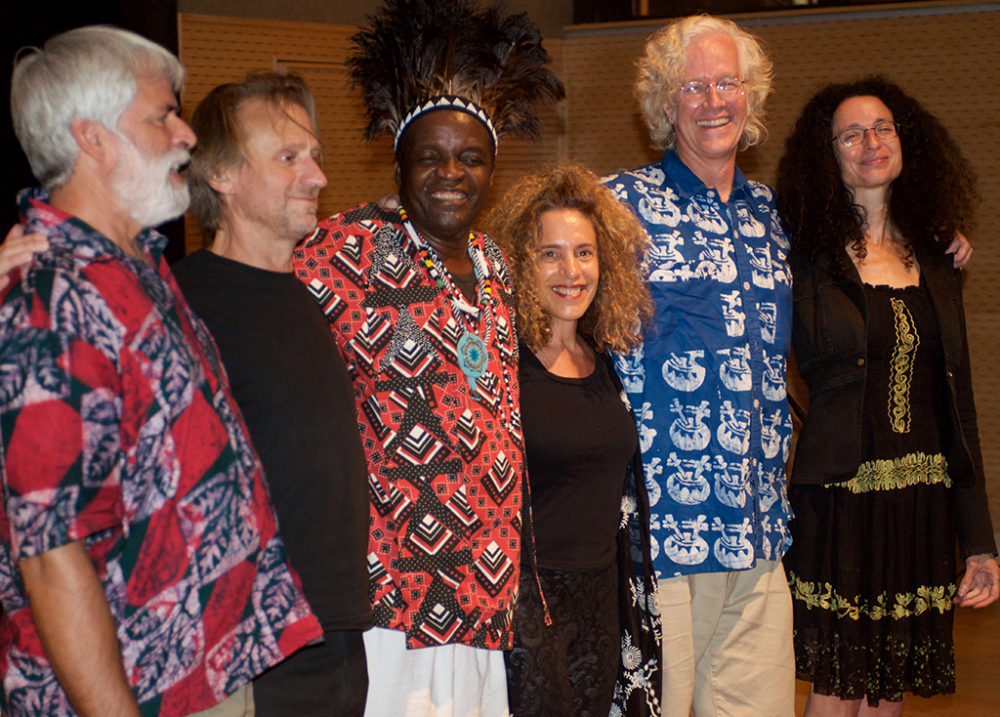 Chartwell with the members of Timbila at a NYC performance at Afro Roots (Barlow, 2016) 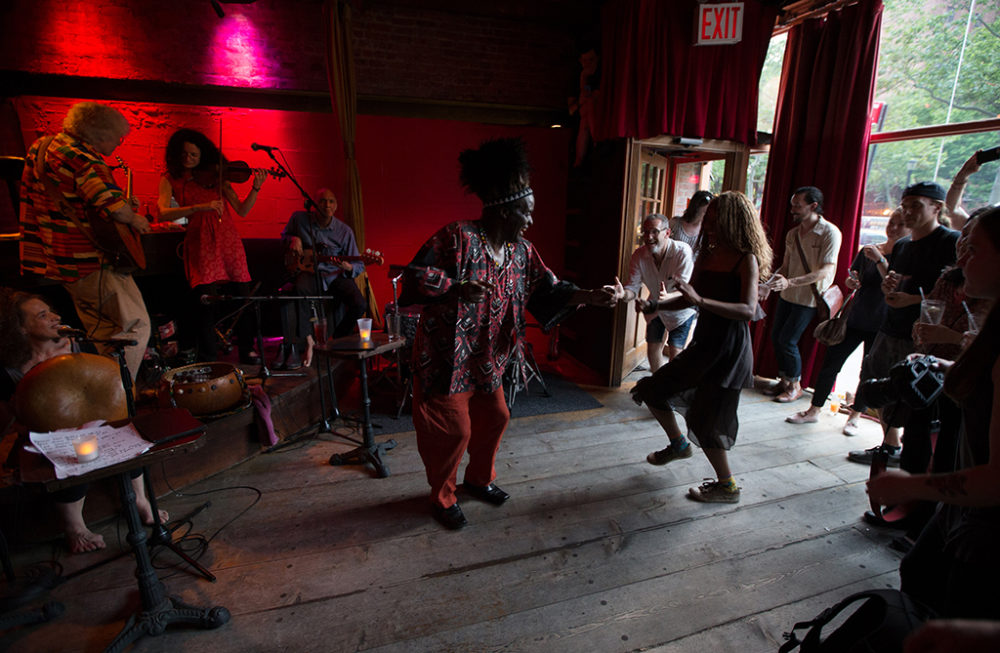 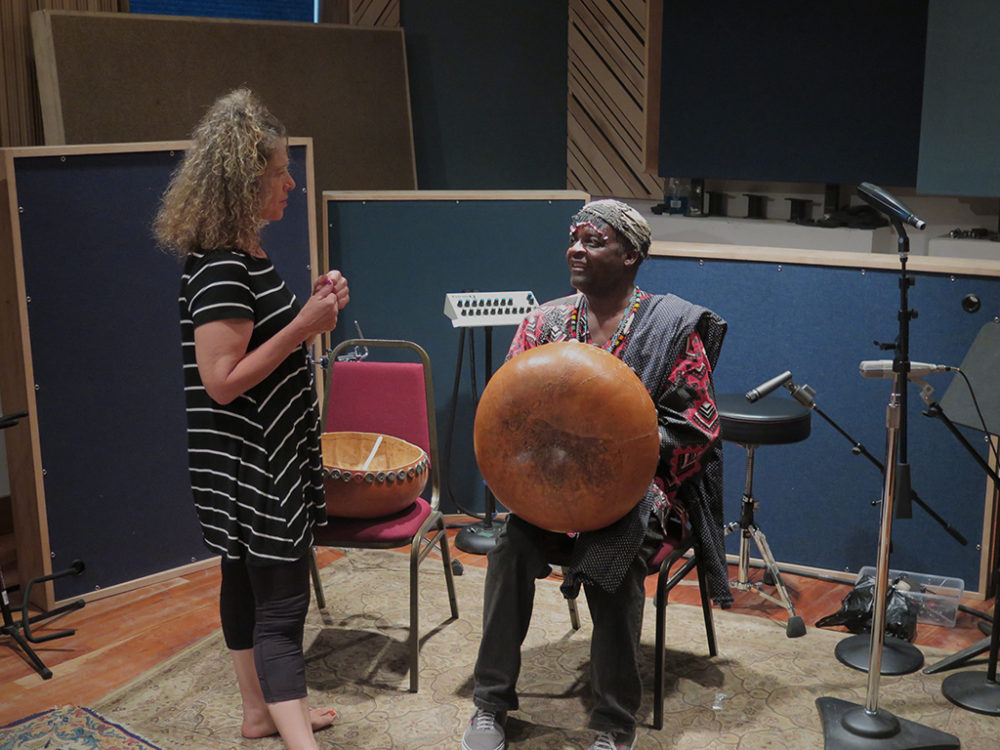 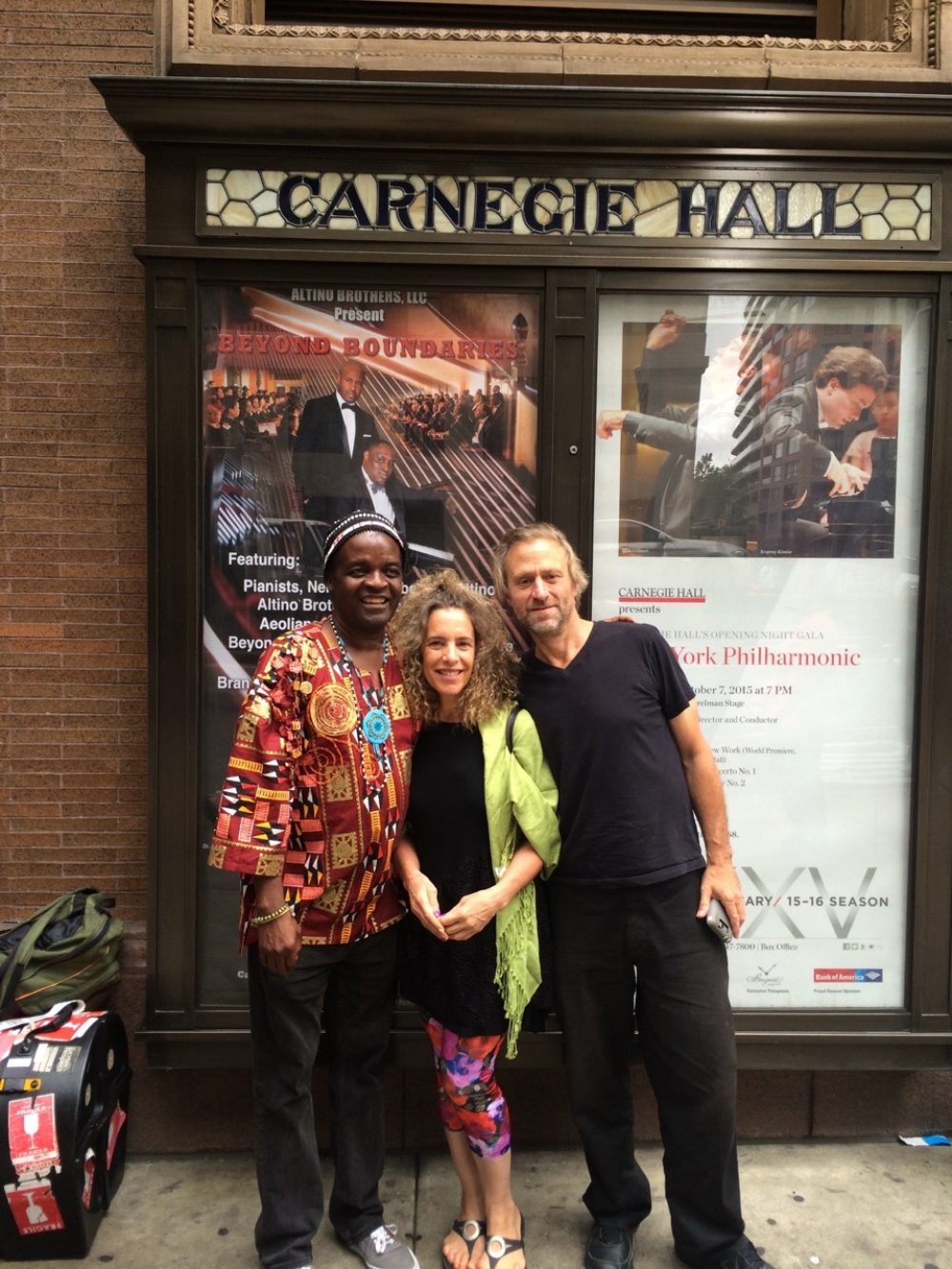 Chartwell with Nora Balaban and Bill Ruyle of Timbila (Eyre, 2017) 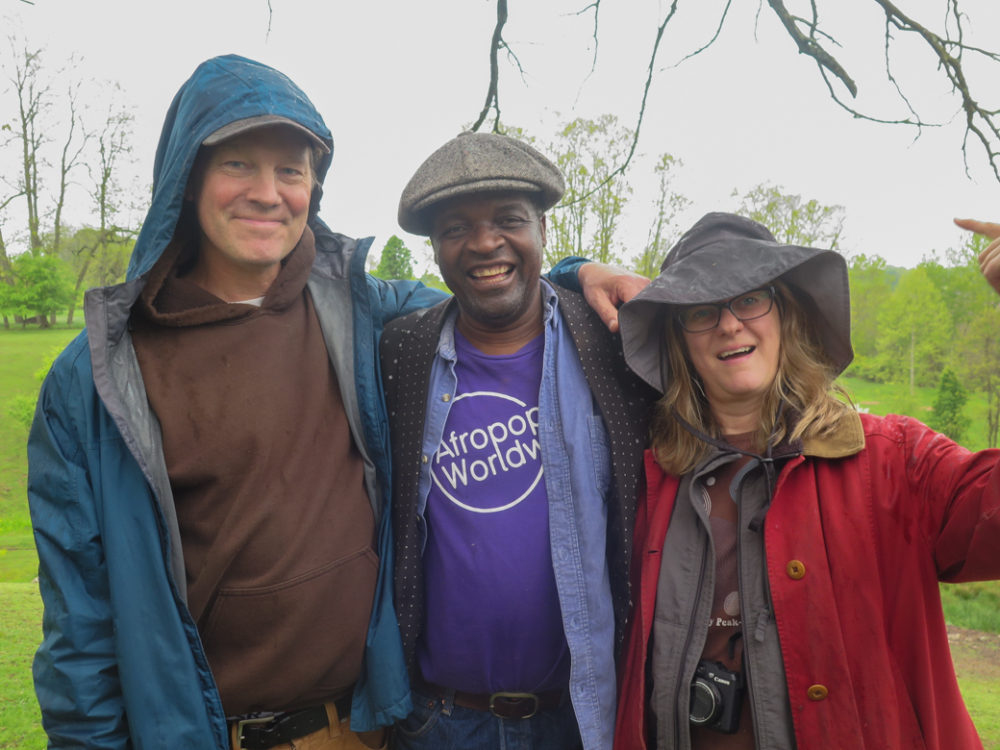 Chartwell with David Raymond and Jessica Glass on their sheep farm in South Windsor, CT. During Chartwell's 2017 tour, Dave and Jess dedicated a hill on the farm to Chartwell. (Eyre, 2017) 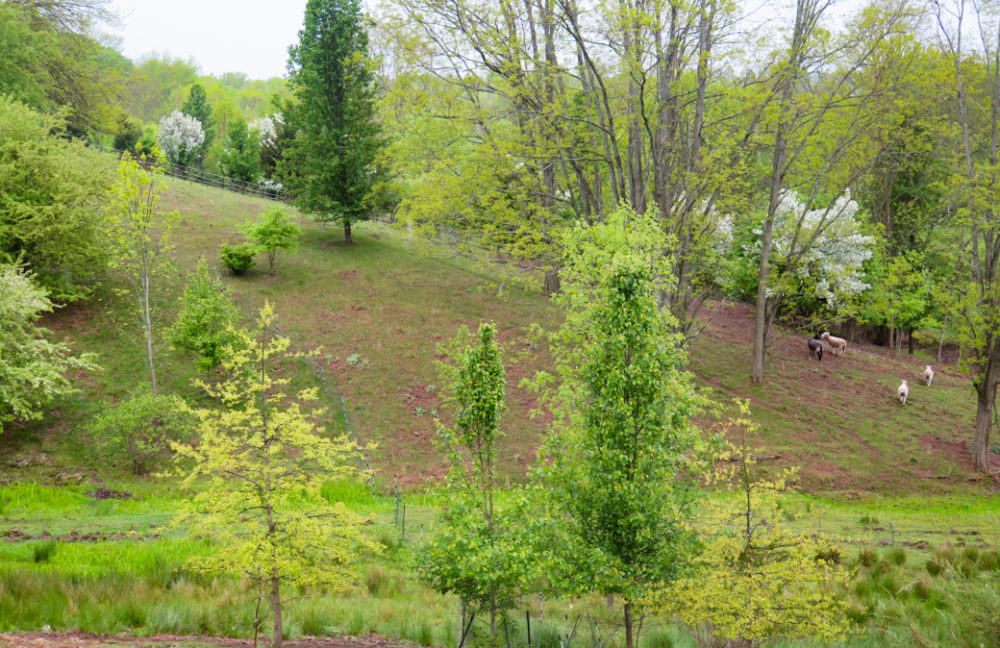 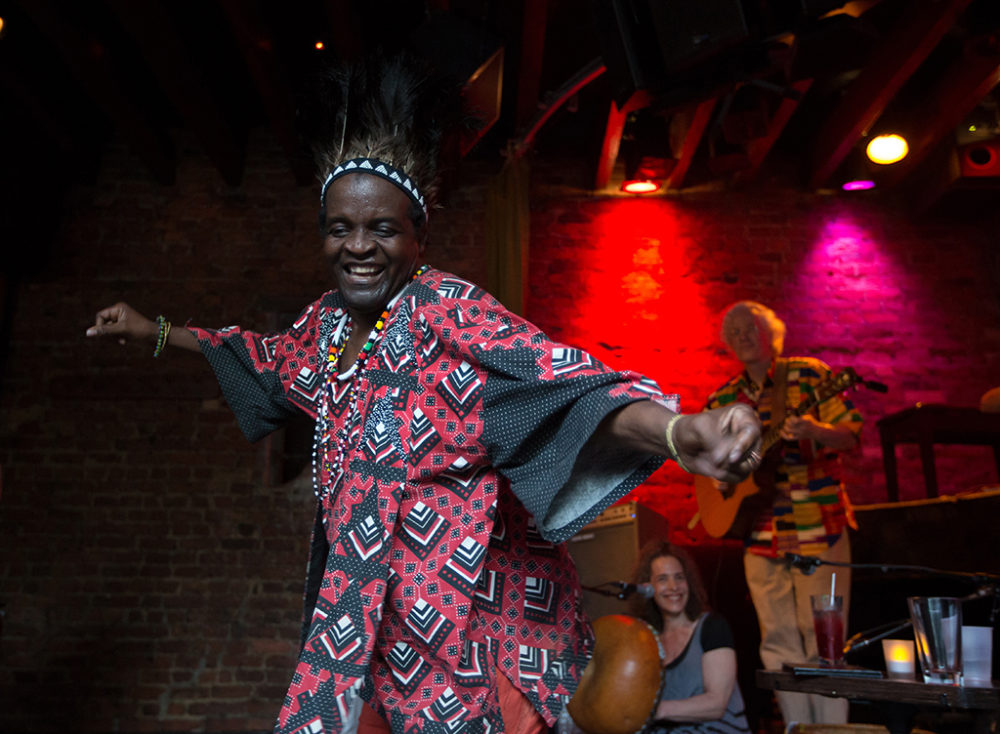