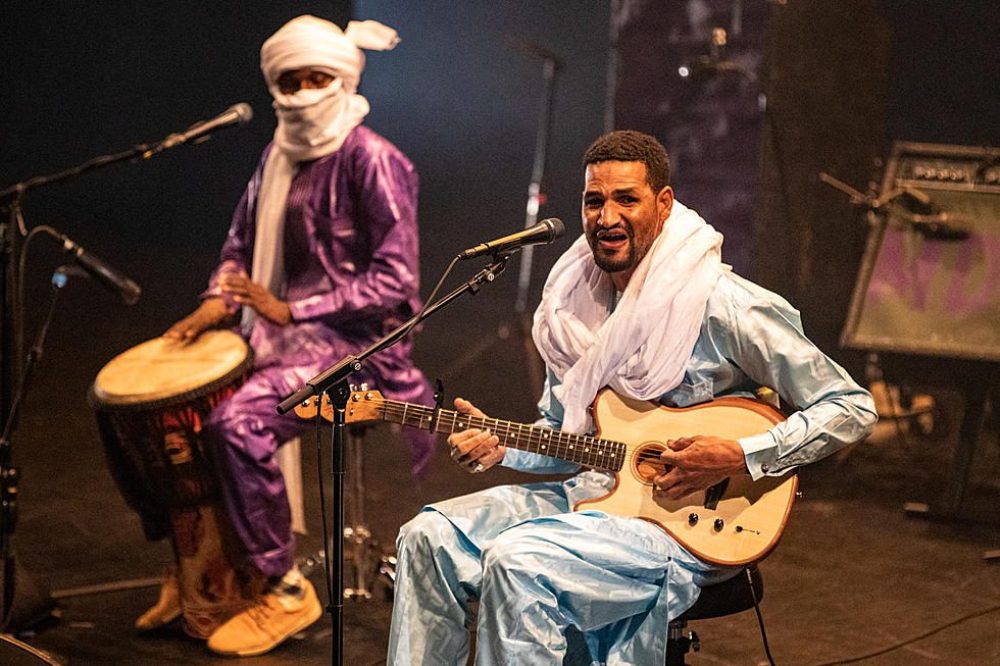 As Mdou and his band appeared on stage, there was anticipation and a sense of wanting but not knowing how to dance to music unwelcomed by even his family in Niger. With little movement but head bobbing as the band played an intimate, toned-down set – Souleymane Ibrahim on the djembe and Mdou on acoustic guitar – a collective imagination, though, was born.

With smoke adrift, a reddish-yellow light worked to transform the baroque auditorium into the desert. It was the opening night of poet Hanif Abdurraqib’s music series at BAM in Brooklyn, who introduced the quartet, speaking about how Mdou Moctar exemplifies his desire to spotlight idiosyncratic, genre-bending artists.

There’s a clip of Mdou Moctar in Niger’s capital, Niamey, performing the electric, eponymous track "Afrique Victime” in the winter of 2020. Supposedly, it was an unannounced concert, but word got around. Kids are seen moshing as Mdou joins the crowd; one woman sways harmoniously in an orbit. I want that, I thought. But could that sensibility emerge at BAM? In a way, yes.

When Mdou went electric in the second set, he told the crowd to stand up. And as he shredded, everyone listened. The vibe was dynamic and immense; I was surrounded by dancers and smiling faces.

I noticed a multiplicity of influence, particularly in the second set. More than the banal Jimi Hendrix comparison, the group takes broad inspiration from North African assouf or desert blues, and on this album, there’s perhaps the inspiration of two singular artists: Eddie Van Halen and Abdallah Ag Oumbadougou.

Mikey Coltun, a D.C. native and engineer, producer, and bassist for the band, told Pitchfork: “Mdou developed his own tapping style influenced by Van Halen, and now you see all these young kids in Niger repeating it.” 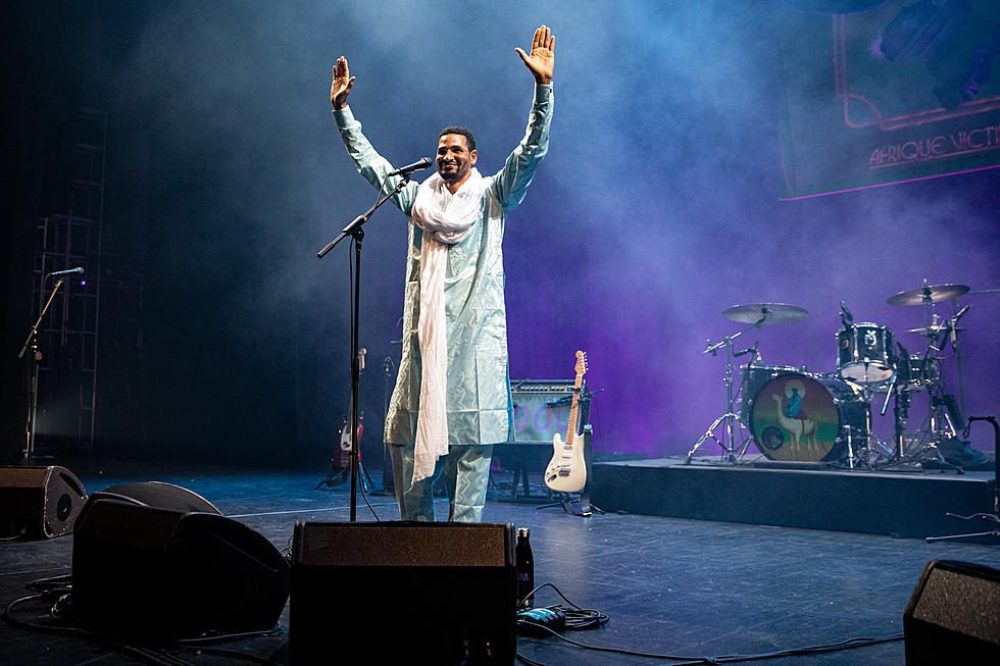 I didn’t want the show to end so soon, but it did, because of some unfortunate local noise ordinance. Mdou wanted to express his gratitude, but didn’t know what else to say but “thank you, thank you, thank you,” which he said sweetly to a seemingly sold-out audience. It didn’t matter. No word would capture his performance, and all night, he thanked us with his music 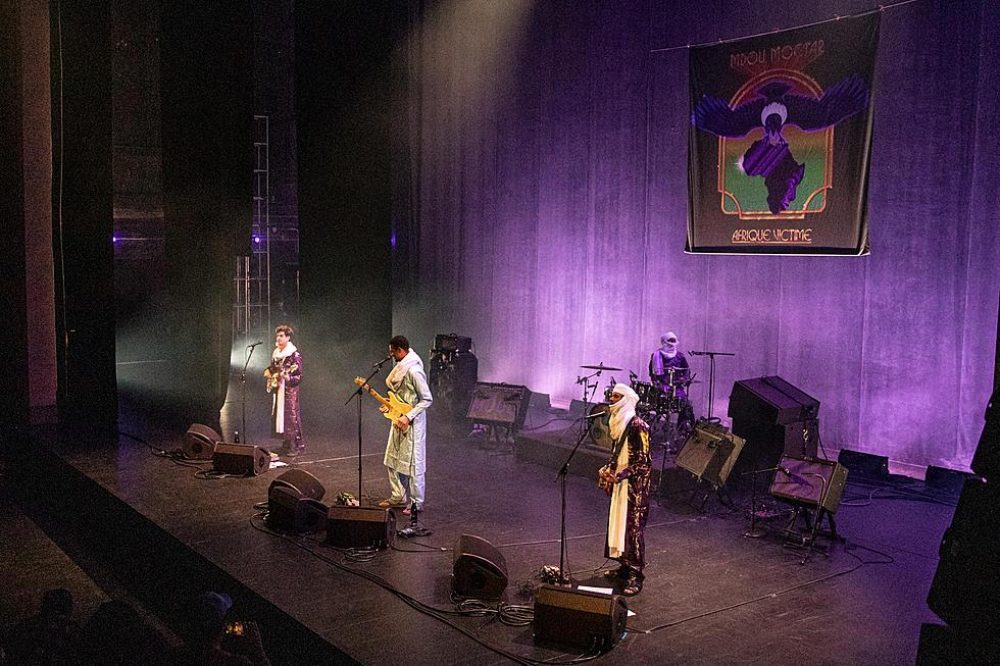