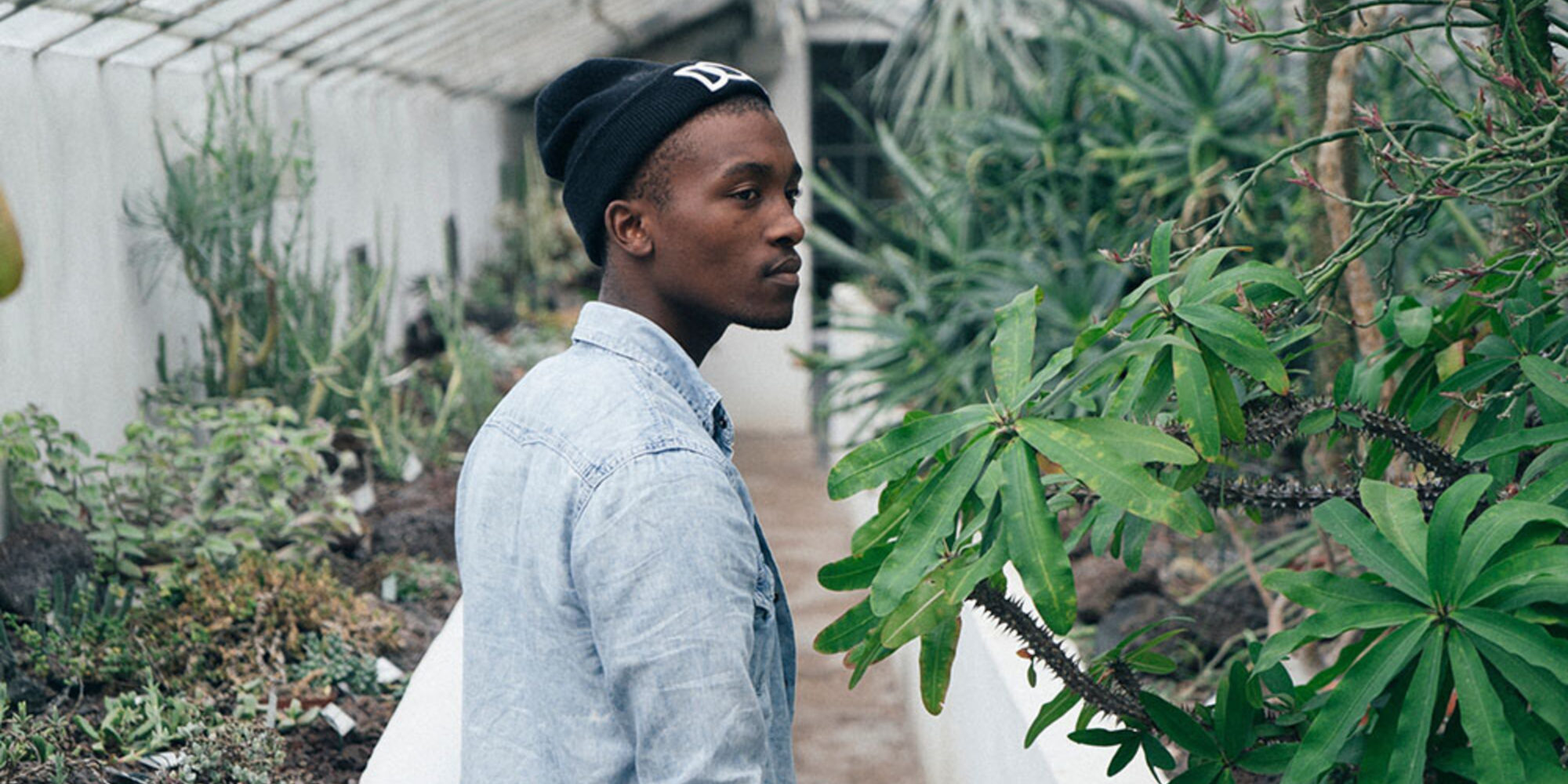 DJ Lag’s name everywhere on social media includes “ gqom king,” a nod to his status as one of the pioneers of the genre. He mentions on our program, “The Gqom Generation of Durban, South Africa,” that before the scene got bigger, there were only a handful of producers in Durban making gqom including himself. He has managed to make a name for himself producing gqom, and what some people call sgubhu, the lighter, more commercial version of gqom. His sound has managed to transcend the borders of South Africa and enter the international sphere, as evidenced by his tour starting this month which includes a show at the popular Brooklyn, NY festival, Afropunk.

Akornefa Akyea spoke to DJ Lag from his home in Clermont, a township in Durban, KwaZulu-Natal, South Africa.

Akornefa: Congrats on being one of the performers at Afropunk!

Yeah, so it's you, Sho Madjozi and Nakhané Touré. There's a strong South African presence which is very cool to see. How are you feeling and how are you preparing for that show?

I'm really proud of myself to stand for South Africa in Afropunk. I'm really glad to have Sho Madjozi because we do like the same genre. We're gonna bring fire.

You have a tour going on, “Gqom Is the Present.” Where will you be next?

I'm still at home. I have a break and then I'll leave around July. I'm going to be performing at Manchester, Lisbon and then go to Way Out West festival [in Sweden] and then I go to U.S.A. It's going to get busy.

Very exciting! Do you work with Sho Madjozi a lot?

No, we're still working on one track. She's not done yet but it's going to come out on my EP that I'm planning to release late this year.

How would you describe gqom?

You mentioned hip-hop. Are there specific artists that influence you?

Yeah, there is. There is Okmalumkoolkat. He's been pushing this gqom genre for years. And I’m working on a track with him for his EP.

What kind of music were you listening to growing up in Durban?

Well, Durban in Kwazulu Natal is basically the party city. That's the way I can describe it. There's a lot of parties happening. A lot of genres being discovered. Yeah, I was listening to kwaito, then it changed to Durban kwaito and then gqom came and changed everything.

O.K. I was watching the“Gqom Wave” documentary and in it, the South African DJ Vumar says, "everybody hated gqom" initially.

Yeah, the whole of South Africa didn't like the genre. They said it’s too underground, it's too rough, all the gqom tracks are not mastered, and it's not radio radio. There were like a lot of things being told about gqom you know. But we tried and pushed the sound to where it is now. I think people started liking gqom when it got recognized overseas and people were like, "Oh wow, what's this?"

So, I spoke to Griffit Vigo yesterday and he mentioned you as one of the gqom pioneers. Would you agree that you were among the first and are there other gqom artists that you would call the pioneers?

Yeah, there is a guy, two guys called Naked Boyz. They are the ones that started the movement. It was Naked Boyz and then me and Rude Boyz, Spoukado and Lucy Man. So like the five of us in the whole of Durban, South Africa who were making gqom music. And then it became bigger. Then there were other producers coming out. Like the scene got stronger in 2012. That's when gqom was getting recognized all over South Africa in 2012 and 2013.

Do you remember what happened in 2012 and 2013 that changed it from being something that nobody liked to something more recognized?

I think because it was this huge group called Big Nuz. They are like a kwaito group that started rapping on gqom and people started picking it up and saying “Oh, it sounds really good” and it started getting air play. And then Babes Wodumo came, and she also did a track called "Wololo." And then Okmalumkoolkat got into gqom so it just went big really fast.

Yeah, basically there is a difference between gqom and sgubhu but it sounds similar. Sgubhu sounds more like house music. It's four beats like "gu-gu-gu-gu" and then gqom is like faster too. Sgbhubu is more melody, it’s slower, more commercial for radio and them gqom is like super, super dark.

Do you find yourself making more sgubhu music or gqom?

I'm doing both. Like next month I'm releasing an EP under Goon Club Allstars, it's a record label from London. On that EP it's like strictly gqom. It's just three-step beats. And then, another EP I’m going to be dropping late this year, is more like sgubhu and a little bit of kwaito in it. I do both.

Since you've been able to tour and perform abroad, is there one sound that you feel like people are gravitating more towards?

There are so many producers and gqom tracks on SoundCloud. How do producers differentiate themselves?

There's a heavy voice on the track. It's like a gqom thing you know. Because when you started it was hard to know who made the track because of the way we distributed our music. We were sending it via WhatsApp. And when somebody received the track, it was only written like VN [voice note] or just the date. So putting voice overs on the track really helped to push yourself. Showing people that's your track you know? And then it became like a gqom thing. Every producer does the same thing now every time.

Can you describe what the hustle was like and what kind of things you did to get the music out there?

It was really hard to push our music since 2012. The easiest way we used to push our tracks is just to make a link maybe on data file host or Kassie mp3 and just put it on social media, like Facebook, Twitter and WhatsApp groups. That’s how we distributed our music. We used the same method until I think I stopped around 2014.

And even the taxis. Like the taxi car sharing is really big in Durban. So they play like a really big role on pushing my music like around the city. Because we waited for, like, the taxi that has the biggest sound and then we just gave him CDs for free, like USBs just to play music and that's how music got popular and spread out all over Durban.

What's the vibe like in the taxis? Are people enjoying it and having a little party?

Yeah, they do. They even play in the taxis just to move around the city. Like the whole night.

What is it like collaborating with other gqom producers around the country? Do people want to collaborate? How does sharing music with each other work?

We still do that. We still work with gqom producers like in Cape Town. We’re still like creating the culture you know? Trying to build gqom to another level. There's no beef, everybody's just working together.

How long does it take you to make a track?

Are you producing on FruityLoops?

Yeah. [Laughs] It's like the gqom software. Nobody wants to change.

What would you like to see happen with gqom music?

My dream is to see gqom becoming like the next techno genre. I want it to be way, way big. I want to see Chris Brown like singing on gqom or Rihanna singing on gqom. That's my dream to see for the future of gqom.

Did you see Rihanna doing the gwara gwara?

What did you think of it? Was it good?

For somebody that has never ever heard gqom before, what would you want to tell them about the music?

Well, for me, how I see gqom, it's a genre that makes people happy. Either you're black, white, colored, it's the same. Everybody can dance on gqom. Everybody enjoys when I'm playing gqom, you know? It's like, it's fun music actually, that's what I can say.