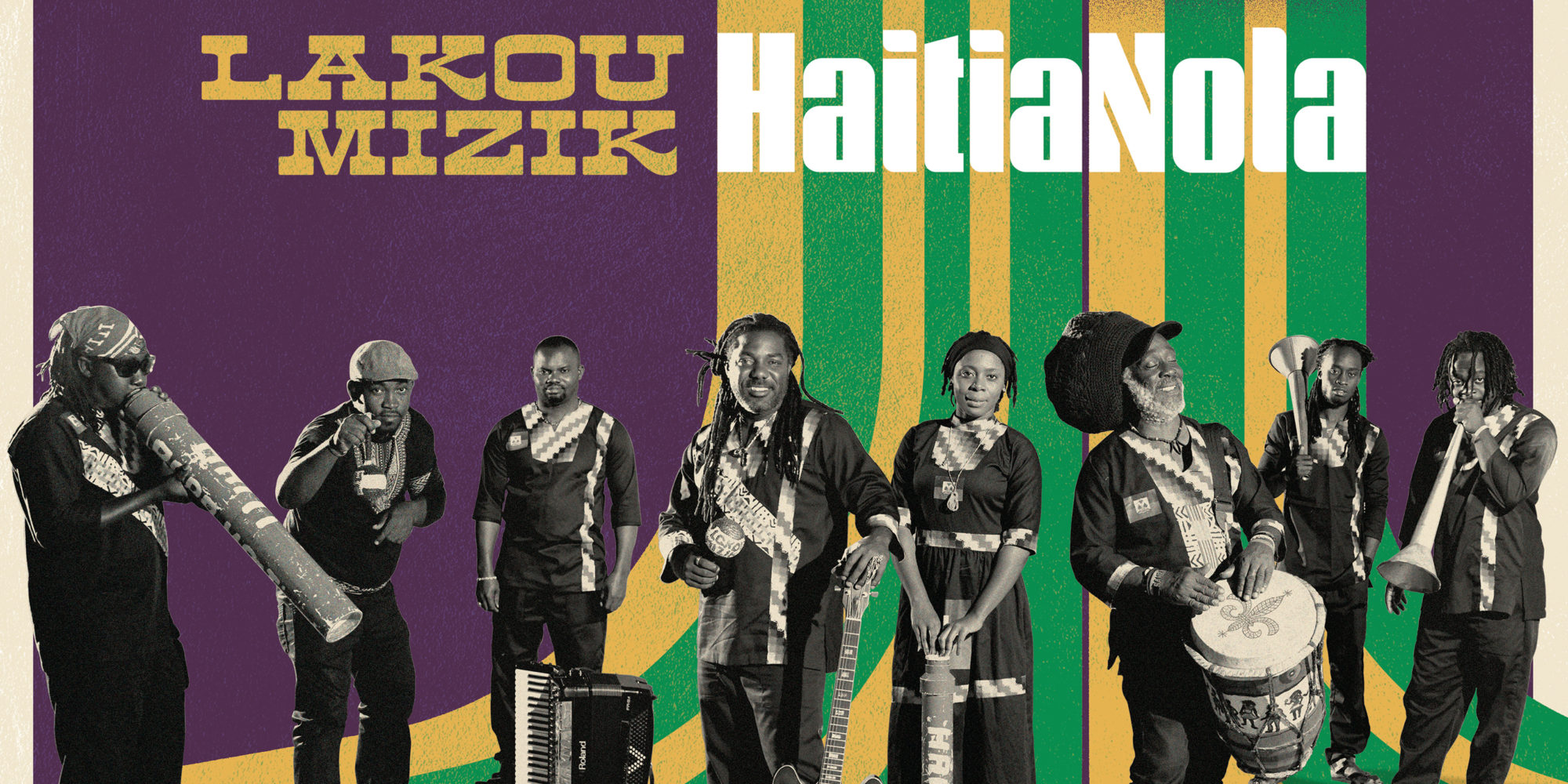 There’s a lot of Haitian energy bubbling up in New Orleans these days. Win Butler and his Haitian-born wife Régine Chassagne of Arcade Fire are living there now, and helping to promote a burgeoning Haitian element in the city’s annual Mardi Gras celebration. The Haitian roots band RAM recorded a cover of Arcade Fire’s “Haiti,” and invited the Preservation Hall Jazz Band to Port au Prince for the 2018 Guédé celebration. (There’s a story there, but another time…) And now, Lakou Mizik, a multigenerational Haitian band that emerged from the tragedy of the island nation’s 2010 earthquake, has recorded a collaborative album with a range of New Orleans talent, and created perhaps the most artful merger of these two Afro-Franco new world cultures we’ve heard yet.

Of course there’s plenty of history behind all this. After Haiti became the first independent nation in the Caribbean in 1804, thousands of French colonials, freed blacks and former slaves decamped to New Orleans, literally doubling the local population. (For much more on that, check out Afropop’s program The Fertile Crescent: Haiti, Cuba and Louisiana.) Naturally, New Orleans—including its music—was never the same.

This history helps explain why these 14 collaborative tracks flow so smoothly and naturally. But fine musicianship on both sides of the equation are also crucial. “Renmen,” a lively, loping love song to Haiti kicks things off, featuring a joyful Dixieland clarinet break from Charlie Gabriel. Big Easy piano maestro John Cleary pounds the keys with striding bravado amid the ritual percussion and vocal choruses of “Loumanja.” “Pistach Griye (Grilled Peanuts)” shifts from a Congolese feel graced by tasty guitar from Raja Kassis (formerly Antibalas, currently living in New Orleans) to full-tilt rara with Trombone Shorty mixing it up with traditional rara marching horns and then roaring on as the groove shifts back toward the Congo. Perfect! Nadine Remy’s lead vocal here celebrates the ordinary pleasures of life in Haiti: “Despite all the problems, Haiti is a diamond.”

Most of the music on this rich album emerges from Haiti’s diverse repertoire, from the pre-kompa folklore of Bouyon Lakou (Lakou Gumbo), spiced up with zydeco flavors courtesy of Soul Rebels, to the deep vodou spirituality of the percussion-driven Lakou Dog'we (Temple Ritual), a salutation to the Nago tradition. But when Lakou Mizik takes on the New Orleans roots classic “Iko Iko” to create “Iko Kreyol” alongside Butler, Chassagne, the Preservation Hall team, and ‘79rs Gang, they manage what might be the most original reworkings of this much-covered song you’ll find anywhere.

This album exudes the joy of camaraderie and mutual discovery. Even when the subjects are heavy—the tragic 1993 sinking of a ferry boat that took 900 lives down with it, the 150 years it took for Haiti to pay off its “debt” to France, the scourge of “too much bad music on the radio” in Haiti—the mood is ever one of defiance, righteousness and undaunted optimism. This is only Lakou Mizik’s second release, but it is as good a Haitian album as I’ve heard in years—adventurous, original, inspiring and a shot in the arm for anyone tempted to let life’s woes get them down.