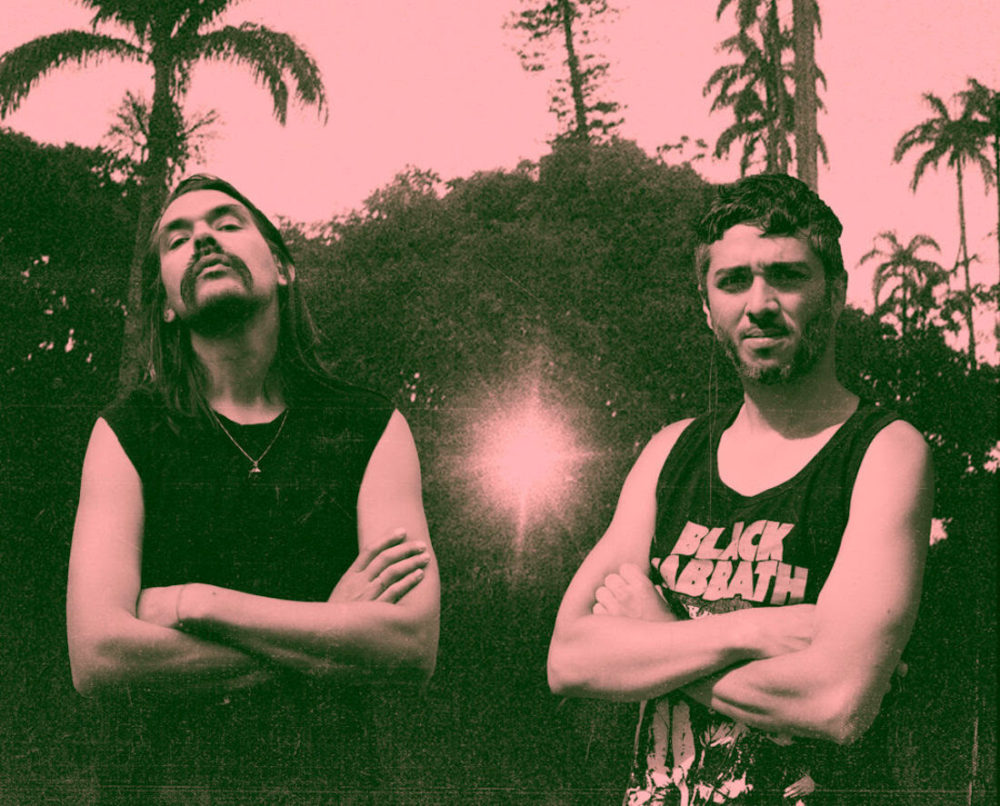 Nobody can travel in space, all that’s left is time. Three groups, armed with retro synths, sequencers and drums, set aside their maps and headed for destinations in their calendars, reimaging Latin pop history with a show-the-seams, DIY mentality.

Paulo Olarte and Sebastian Hoyos are a pair of Colombian ex-pats in Europe, who ran into each other at an Eddie Palmieri concert in Berlin, an experience that led them to the inescapable conclusion that salsa music is one of the surest avenues to making people contento. On their first single, “Dale Melón,” they launch into Palmieri’s Nuyorican beat, slowed to a boogaloo strut, and indulge in all the dissonance that calling it “salsapunk” allows. It’s the first single for their upcoming album Lo Bueno Está Aquí, out on El Palmas Music.

Before moving to Brooklyn to drum for the retro psych outfits Clear Plastic Masks and Champagne Superchillin’, Charlie Garmendia was raised in the Dominican Republic by his Havana-born mother, and a trip to connect with his roots and a group of musicians yielded the very wild La China de la Gasolina. The album is 11 outre tunes that range from loose claves being chased by flutes to doomy goth pieces like “Demonio Bongo,” and organ-led grooves like “Ambrossio Blues.” Too adventurous to be background music and too playful to be pretentious, the album’s out streaming Sept. 25 and available on cassette via Mississippi Records.

If this micro-genre has a flagship artist, it’s probably Los Pirañas and Frente Cumbiero’s Eblis Álvarez’s solo project the Meridian Brothers. Having already dabbled in psych-salsa and tropical punk (and, with Frente, traditional Japanese folk tunes) Álvarez used ‘80s Colombian cumbia as his jumping off point for Cumbia Siglo XXI, which of course led him to "cumbiafy" Dusty Springfield’s old “Preacher Man” on the second track. Over a decade ago, Americans dusted off their old synths and ‘80s aesthetics to make “chillwave” but Meridian Brothers are too agitated, too edgy to chill. This is a catharsis that can only be found in motion, and a release out now on Bongo Joe.