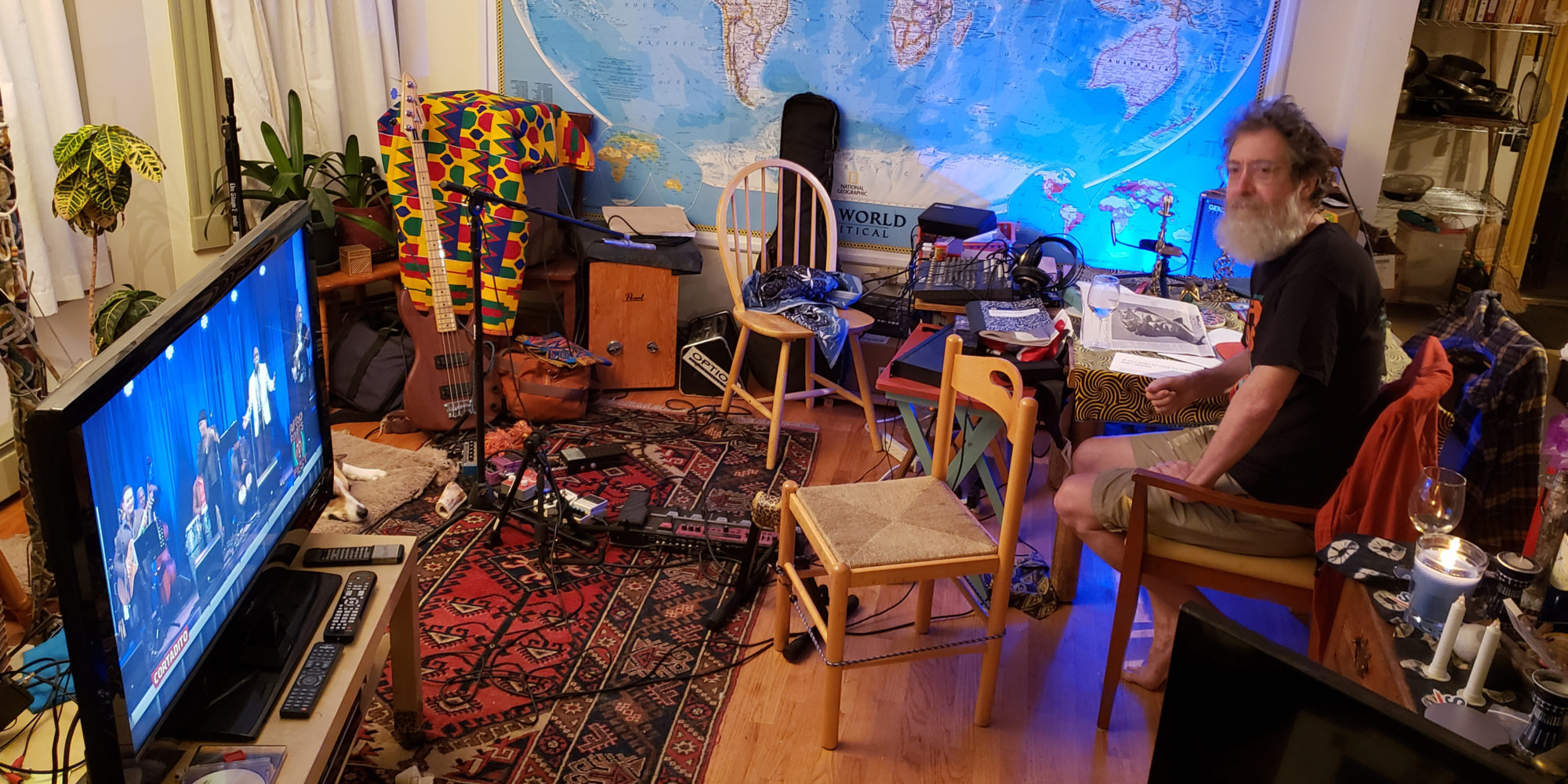 Fresh Eyre September 23, 2020
How to Enjoy a Virtual Festival

Like many of us, I’ve gone back and forth on how to feel about all this live-streaming, virtual, remote Zooming music content that the ongoing pandemic has thrust upon us all. It can feel a little sad and nostalgic to see world-class musicians sitting in their living rooms alone or with one accompanist, possibly masked, and doing their best to deliver the sense of an in-person concert. On the other hand, there’s a certain intimacy to these “at home” offerings that can feel quite special. I recently participated in one, Live at the Free Center in Middletown, CT, and it felt different to be on the performing end of the equation, imagining that folks anywhere in the world might be tuning in at any moment, sharing that oddly conjured intimacy. And then there’s the technique various choirs and orchestras are using where each player records his or her part individually and the viewer sees a grid of squares magically performing a chorale or symphony. Of necessity, this approach is becoming a new genre of gig, and one likely to survive well beyond the pandemic.

But what about a large scale event, a band concert or a festival, where that feeling of a crowd and a scene is so much a part of our expectations? Well, I can report that I had a truly uplifting experience with the recent Afro Roots Virtual Fest from Miami, the subject of this week’s edition of our Afropop program. What I discovered is that the experience has as much to do with choices the viewer makes as with the actual performance.

Rule #1: Pull together the best sound system you can manage. Go for the big sound. I experienced Afro Roots with Sean Barlow, who was on deck to produce our program. We had the image on a large screen in the living room, and the audio blasting through two sets of speakers, one inside and one outside. My job was to cook dinner on the barbecue in the back yard.

Rule #2: Party. Do what you would do at a real festival. Whether your preferred pleasure—frequenting the beer tent, the margarita stand, the boutique coffee or smoothie vendor, or a joint behind the porta-potties—allow yourself the indulgence. My Saturday night special for this one was a fresh fruit smoothie generously spiked with tequila!

Rule #3: Cook and eat food you love. You could always order out, but cooking fills the air with atmospheric aromas such as might waft your way from the various food stalls on the festival grounds. For cooking out, tiki torches certainly don’t hurt. If you can invite friends to help, that’s also a plus. In my case, the dog, Georgia, had to suffice. She’s a bit tone-deaf, but generally good company.

Rule #4: Dance! If you have followed rules one to three, this should come naturally, but just in case…

Rule #5: Avoid distractions. Turn the phone off. You wouldn’t answer it if you were in the Gospel Tent at the New Orleans Jazz and Heritage Festival, would you? So set the world aside and be as present as you can. It adds to the experience.

To be honest, although I resolved to do all of these things, I was not sure it would work. But amazingly it did. While I started the charcoal, Johnny Dread kicked out cool, skanking reggae, and as the coals reached perfection, Alsarah and Brandon Terzik played mesmerizing Nubian folk music from Sudan. Although they were performing in an apartment in Brooklyn, it felt like they were on our virtual stage, the blissful calm before the storm to come.

When Cortadito launched into their deeply grooving set, Sean was boogying by his laptop, and I was tending spicy grilled chicken and sausages, and clipping greens from the garden. Dinner was served with wine to the Venezuelan techno vibes of Venezonics, and dessert came with the Spam All Stars, a perfect gumbo to close out the experience.

Our own Georges Collinet was the virtual host this year!

By the end of it all, I felt I had been entertained in an entirely new way, and (fortunately) did not have to drive anywhere!

Now, I realize that this may all sound a bit desperate. There’s no getting around the toll this situation is taking on music lovers, not to mention musicians and presenters. But we have to make an effort to be creative and make lemonade from lemons. So the next time you get an email about a “virtual” concert of festival, start planning and shopping! And don’t forget the tiki torches.