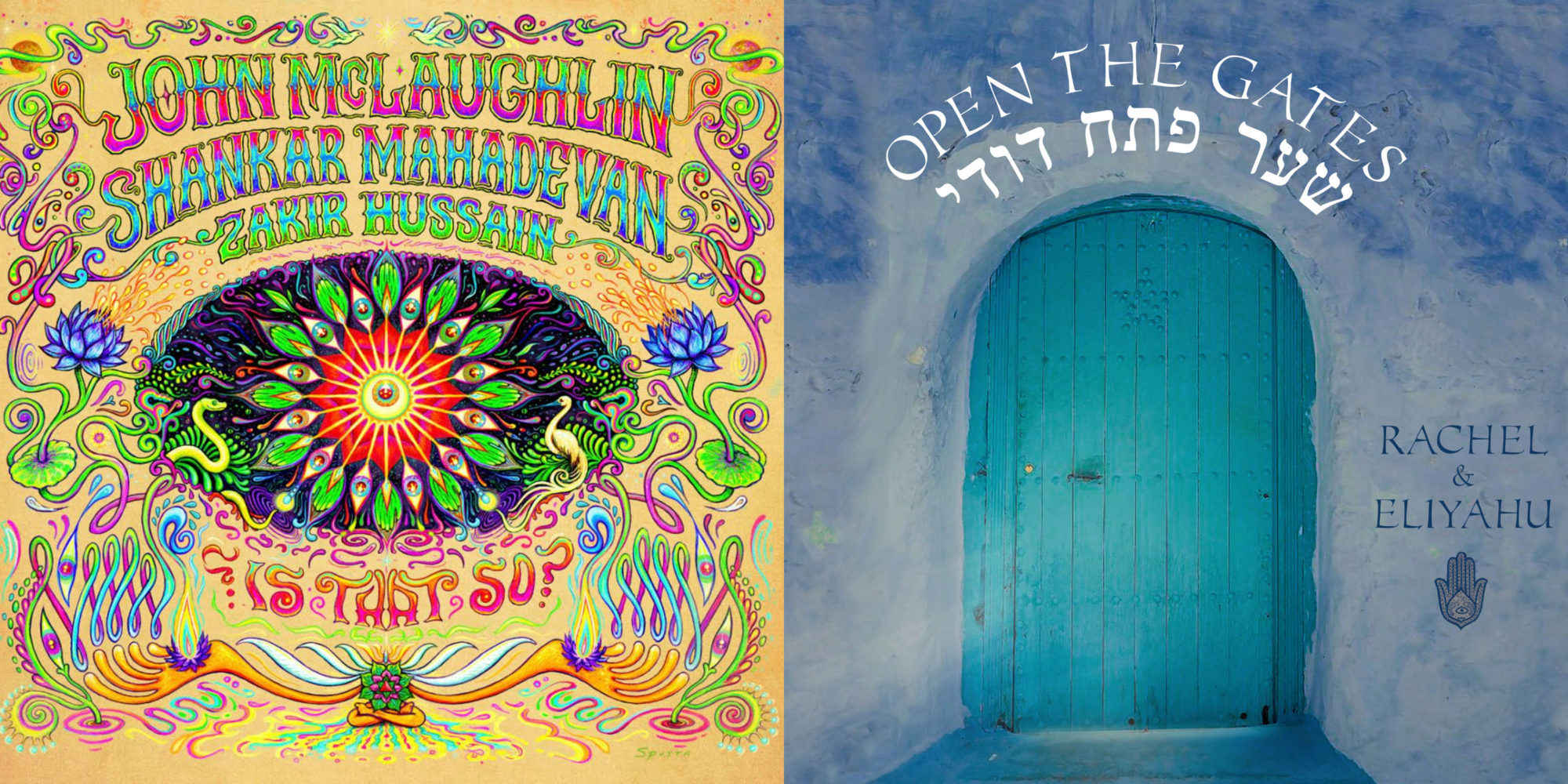 I have just returned from an exciting week in New York City. Every year, early January brings New York the bustling commotion of the national arts presenters (APAP) conference and the concurrent globalFEST extravaganza. On the musical front, the game is to showcase acts for as many presenters as possible in hopes of securing bookings over the coming year. In four nights, between evening showcases and globalFEST, I watched and heard over 25 bands, most of them playing their hearts out in full-throttle sets. The New York Times’s Jon Pareles aptly characterized this year’s lineup as “manic.” At one point all three floors of the Copacabana seemed to be engulfed in a collective primal scream. No complaints. As I’ve noted elsewhere, 2020 is a year that calls for rowdiness in all arenas. But upon return to the relative calm of small-town Connecticut, I found myself craving a little…serenity. And I found it in two recent releases, as it happens, quite unrelated to Africa and the African diaspora. 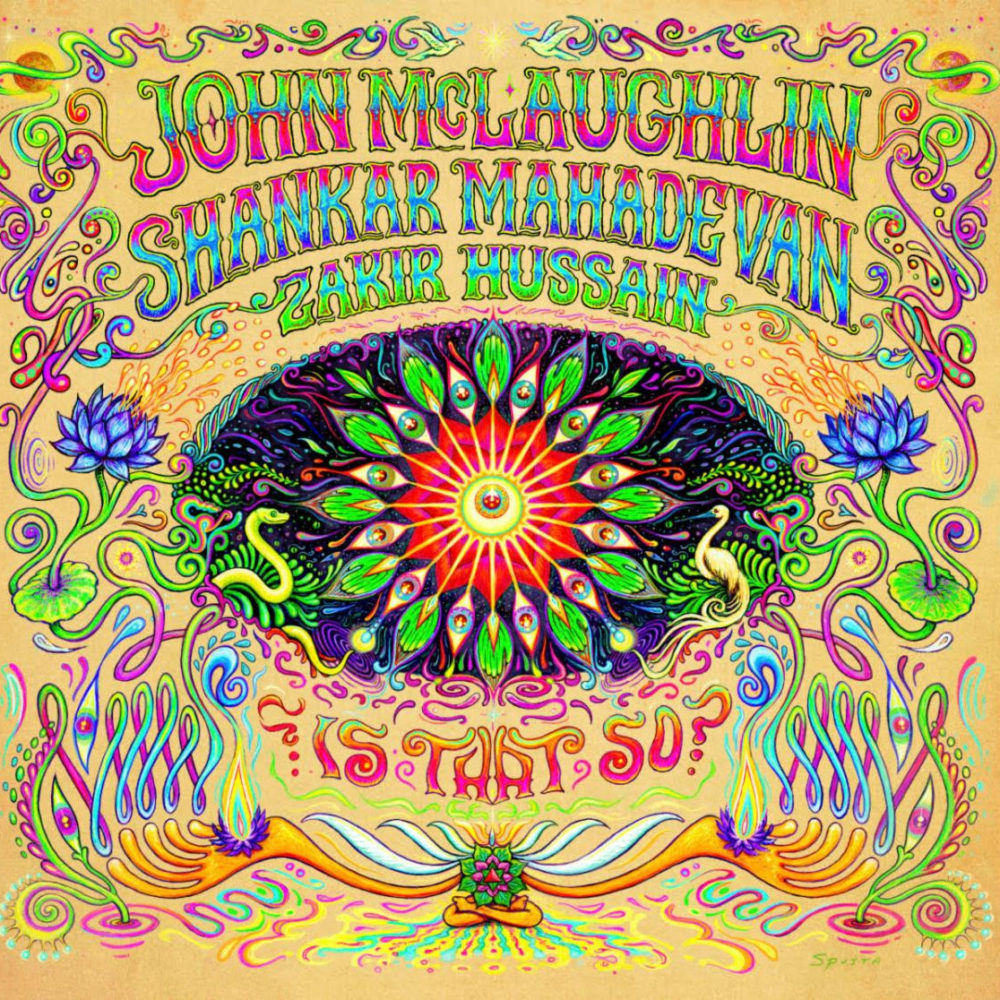 First, Is That So?, is an unexpected new album from guitar maverick John McLaughlin in collaboration with Zakir Hussain, and one of India’s most celebrated classical vocalists, Shankar Mahadevan. Guitar fans of my generation will recall having their minds blown by McLaughlin’s revolutionary band the Mahavishnu Orchestra—an arresting wall of electric sound that rocked us to our cores—and later, his fiery, jazz-powered acoustic foray into Indian classical music, Shakti, which also featured Hussain on tabla. Both were breathless affairs featuring some of the most explosive guitar playing ever heard. Throughout his shape-shifting, unique career, maestro McLaughlin has continued to amaze with his fluid lyricism on all sorts of guitars and touching on many genres, including straight-ahead jazz. But nothing that I’ve heard quite prepared me for Is That So?

Start with McLaughlin’s sound on this recording. In his own words, what we hear is “My guitar connected through a computer to a sound that I have been creating for the past 20 years using sine waves, oscillators and filters. It took that long to create a tone that reflects a particular aspect of my inner music.” It’s a warm, round, almost flute-like sound, not a bit like any existing guitar. Even when McLaughlin plays fast, which he does occasionally, the fleetness is softened by his tone, making a flurry of notes feel more like a caress than a barbed volley. Similarly, Hussain’s legendary tabla prowess feels more surprisingly gentle here, although his virtuosity remains very much on display.

One reason for this paradoxical effect is that all six of these pieces are embedded within a shimmering sonic veil, likely created through McLaughlin’s alchemic technology, and functioning somewhat as the tambour or sruti drone would in classical Indian music, although this sonic veil moves through shifting chordal harmony. This floating ambience bathes all the music in a pervasive atmosphere of….well, serenity.

And then there is the voice of Mahadevan, clear and luminous, velvety soft even when reaching for the stratosphere in a bout of passion, or engaging in spitfire improvising using traditional Indian solfege syllables (sa, ri, ga, ma, pa, da, ni, sa). But most of the time, Mahadevan’s vocal is sublimely relaxed, lingering on long, perfectly intoned notes to hypnotic effect. This music is impossible to classify. It is not classical Indian music or jazz, indeed further from either of those than was the music of Shakti. There is a moment in the track “Sakhi” when Hussain takes an extended table solo culminating in a structured unison composition with McLaughlin à la Shakti, but when it ends, we settle again into the dreamy, idling calmness that characterizes the rest of the piece. In other words, none of the rules of Indian classical or jazz song forms are followed here. These artists play by their own rules, and create their own forms. Even when the scale (raga) of a piece takes on an air of darkness, as in “Tara” and “The Search,” the peaceful, introspective atmosphere that infuses this music is undiminished. 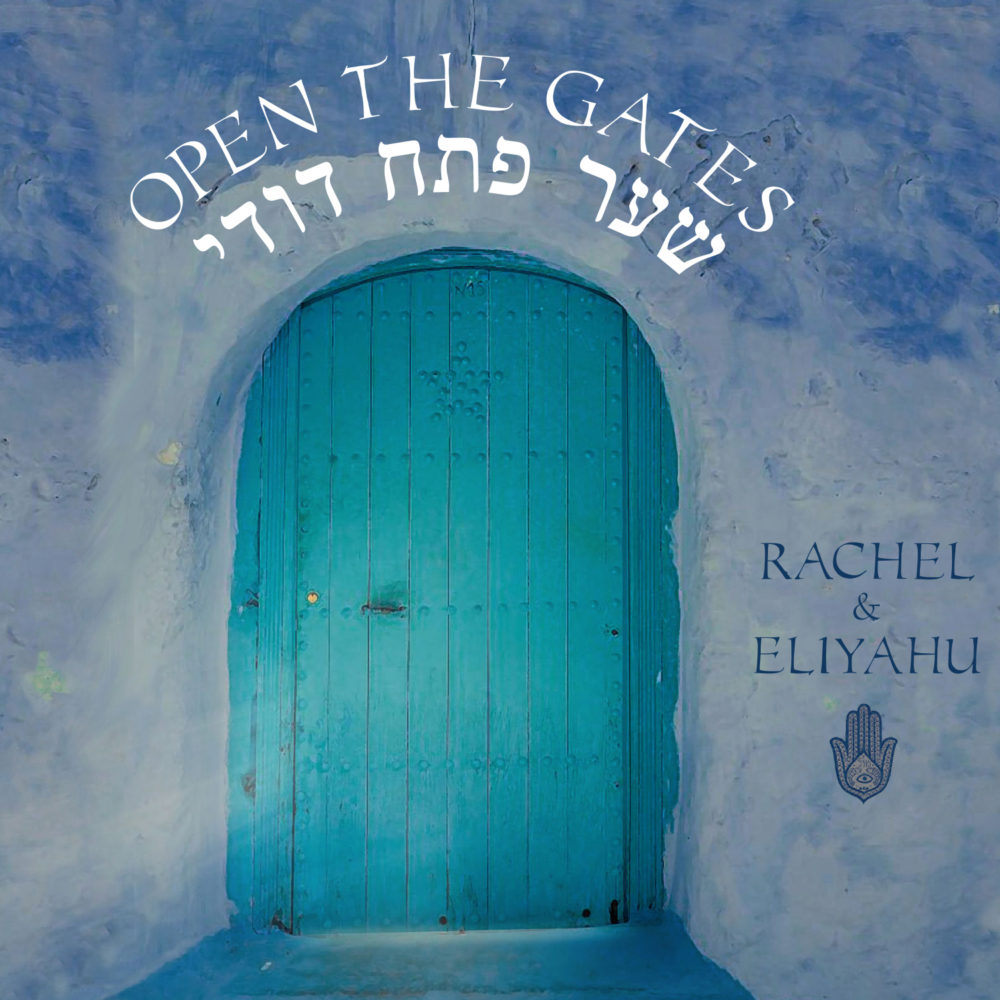 The other place I’ve found musical serenity is on an album called Open the Gates | Sha'ar P'tah Dodi, by Rachel Valfer and Eliyahu Sills, founders of two beloved San Francisco Bay Area ensembles Qadim Ensemble and The Ladino Project. Qadim debuted in 2009 with Eastern Wind, an enchanting selection drawing on Arabic, Hebrew, Armenian and Turkish music. Here, the focus is more specific. Mizrahi music is the repertoire of Jewish immigrants from Arab lands. The album’s sleeve notes point out that this music was “long deemed inferior by Ashkenazi (European) Jews.” But Rachel and Eliyahu—as this duo is known—beg to differ, and present here nine pieces interpreting traditional Hebrew and Ladino songs, as well as piyyutim, Hebrew liturgical pieces sung at community gatherings. The lyrics elide spiritual and romantic love and longing in the manner of so much poetry from this part of the world.

For this listener, however, none of this cultural and literary context matters all that much. What I love is the inviting soundscape of bansuri and ney flutes, oud, kanun, guitar, saz, santoor, kemanche and ambling Arabic hand percussion, and especially Rachel Valfer’s clarion, liquid voice, eminently soothing even when expressing a profound and transcendent sadness. This music feels deeply personal; it draws you in and casts a mysteriously reassuring spell on the listener.

“El Ginat Egoz” opens the journey of seduction with feathery oud flourishes and Valfer’s warmly undulating vocal, heard on its own before the ensemble enters with expansive fullness and an elegant, gentle sway. There are upbeat pieces, such as “Sapari” and “Hineh Ani” which feel celebratory, almost like wedding music at times propelled by a danceable camel-clop rhythm; also “Istanbul Nights,” which lifts to a percussion-driven frenzy. Still, the overall feeling of this set is indeed serene, culminating in Sills’s melancholy instrumental oud solo “Gentle Rain,” an ethereal waltz that includes a phrase reminiscent of the opening notes from the Beatles’ “Norwegian Wood.”

So as we brace ourselves for 2020, we will need the rollicking fervor of acts like Tufan Derince, Vox Sambou, Los Cumpleaños, Sofiane Saidi & Mazalda, Nation Beat and San Salvador—all on display during last week’s APAP showcases and globalFEST—to spur us on. But when the fury of battle for our global future becomes wearying and one wants to curl up inside for respite, Is That So? and Open the Gates will prove welcome companions.