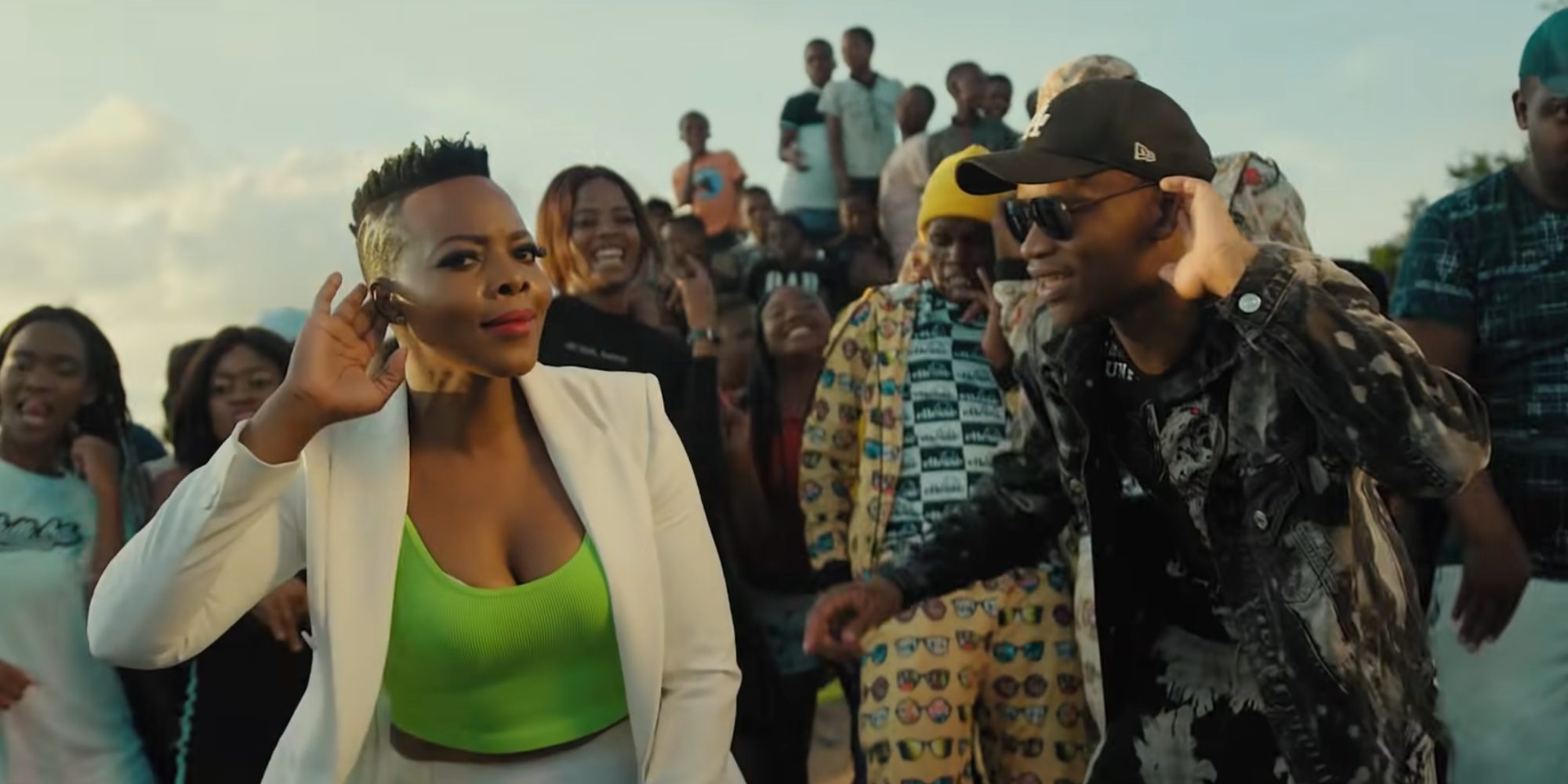 Blog November 10, 2020
“Jerusalema” by Master KG and Nomcebo: Song (and Dance) of This Weird Year

It’s hard to choose a song of the summer during a year that didn’t feel like it even had a summer—it was cold, it was hot, we were told to stay inside —but one tune has been thriving this year, riding a viral dance craze around the world, a hit song in a way that only 2020 could produce: South Africa’s Master KG’s “Jerusalema,” featuring Nomcebo on the vocals.

Here’s some very 2020 metrics: Although “Jerusalema” came out almost a year ago, it’s been riding a slow burn and a June remix from the superstar Nigerian artist Burna Boy, to being the second-most Shazamed song in the world, and more than 230 million YouTube views. South America has gotten in on the fun with a remix featuring Venezuelan singer Micro TDH and Colombia’s Greeicy in September.

The song is also a success by pretty much any more-traditional metric, topping charts in Belgium, France, Hungary and the Netherlands, and more in Europe, topping Billboard’s World Digital Song Sales in the U.S. where it also cracked the top 10 on Billboard’s Hot Dance/Electronic Songs.

“Jerusalema” was a hit right out of the gate, with the video racing past a million views in its first week, and becoming a hit in South African clubs in late 2019. But the song’s nitro-boost came from a viral dance craze kicked off by a group in Luanda, Angola, who created the ultimate dance for outdoor social gatherings in a year when we needed it. You don’t even have to put down your food to do it—in fact, you may want to pick some up.

The song went viral on TikTok, and now there are loads of compilations of everyone from Italian monks to a Kenyan “Inspectorate Unit” adding their flair on YouTube. Literally, there's days and days of people and their friends, all over the world.

It’s a song for our time—soft and hopeful, bringing people together while allowing for social distancing, a dance that’s fun but also can be done responsibly with a mask on.

It seems hits these days don’t need radio plays, they need viral sensations, which in addition to giving people another way to engage with a tune, gives a song an incredible shelf life—the song of one summer stretching all the way to another.