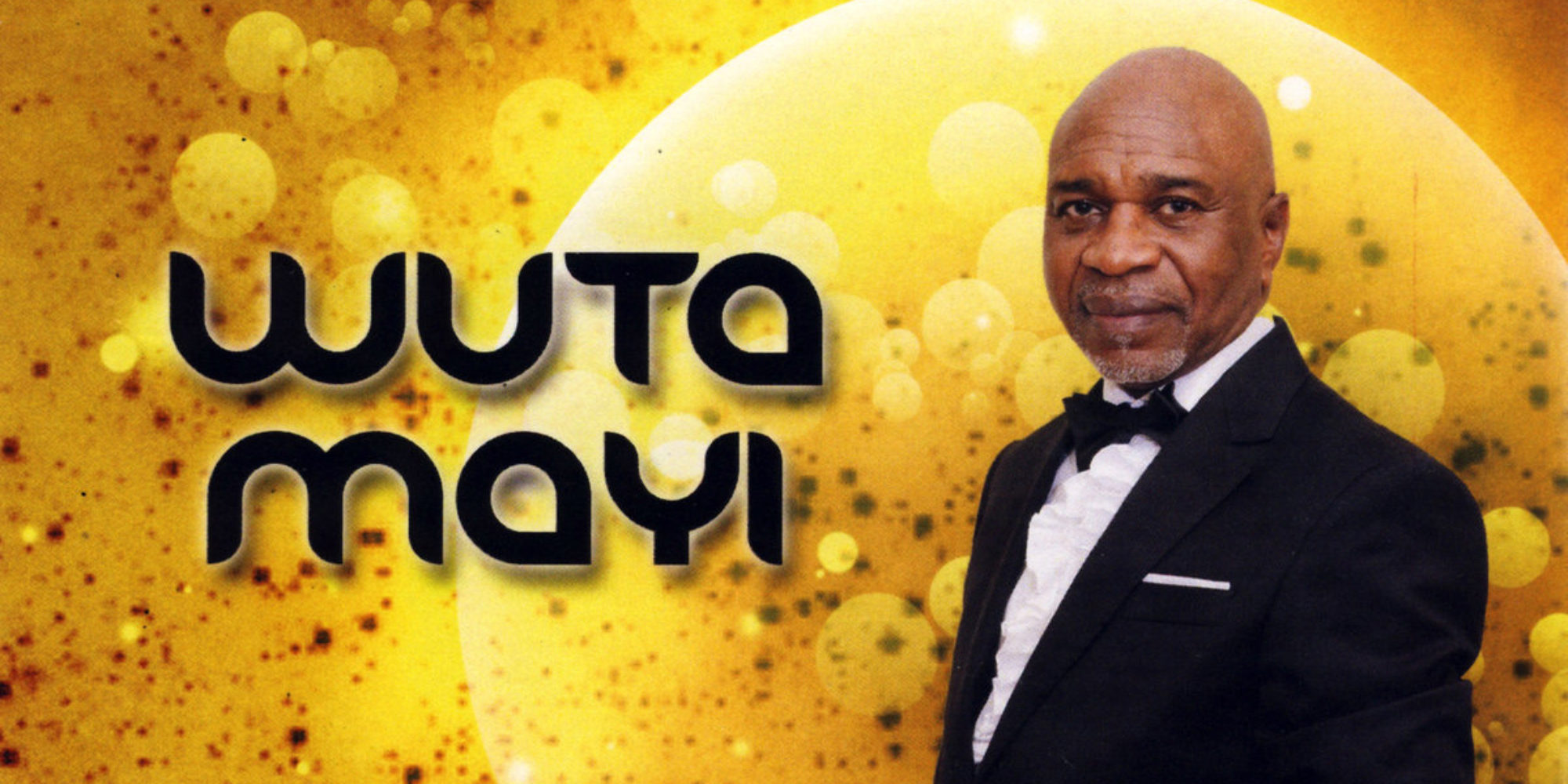 He was born Blaise Pasco Mayanda: However, under the collective spirit of Mobutu Sese Seko’s authenticité campaign in the 1970s, he adapted a more “authentic” Congolese name, Wata Undula Mayanda dit Wuta Mayi. Wutu Mayi’s talents as a singer were recognized early in Kinshasa’s burgeoning and competitive music scene. Just 19 years old, he joined the National Orchestra in 1967, and was recruited into Papa Noel’s Orchestre Bamboula the following year. By the mid-‘70s, after a series of engagements, he had become a key singer and composer with Franco’s OK Jazz, a pinnacle achievement for a Congolese musician in that era.

Wutu Mayi traveled to France for medical treatment in 1982 and ended up staying there to form Les Quatres Etoiles with Nyboma, Bopol and Syran M’Benza. But he continued to fly under the TPOK Jazz banner, insisting that he would happily work in Franco again. Perhaps he would have had the great maestro not died in 1989. Despite this history with Franco’s OK Jazz, Gary Stewart notes that Wutu Mayi was also “steeped in the tradition of African Jazz and Afrisa,” rival outfits under the direction of Docteur Nico and Tabu Ley Rochereau. This regal breadth of experience is evident in Wutu Mayi’s work with Les Quatre Etoiles, and later, the acoustic rumba revival outfit Kekele.

It is hard to imagine a better resume than this in Congolese music, but resumes are not everything, so it is with some curiosity that we received what appears to be Wutu Mayi’s first album under his own name since the mid-'80s. This self-produced set was recorded with A-list Paris-based talent including Nyboma and Luciana on vocals. And for fans of classic Congolese rumba, it’s a tour de force. The opening two tracks, “Face Cachée” and “Kata ba Liens (Cut the Ties)” wonderfully evoke the mature sound of TPOK Jazz with a big, feathery multi-guitar bed of sound, rich choral vocals surrounding Wutu Mayi’s crisp lead, and a sweet dash of accordion. When the lead guitar springs forth joyously into seben mode, it is sheer bliss. “Kata ba Liens” is equally majestic with a clarion clear vocal and a poised, elegant midtempo seben featuring brass this time. The songs’ lyrics play out a classic romantic tussle between man and wife:

Wutu Mayi’s fidelity to Franco’s aesthetic, including lavish use of guitar and vocals and little to no use of keyboards, is well established in the early tracks. But we get more. “L'union Force” has a choral opening worthy of Ladysmith Black Mambazo. The instrumental accompaniment is minimal: light guitar, an ambient flute, and no percussion save the occasional clop of a clave stick. “Trop C'est Trop,” another stripped down number, delivers the reverence and choral richness of a gospel song. And “Moninga Fungola Miso” unfolds with a twist of reggae.

“Presence na Ngai” hews close to the spare sound of 1960s African Jazz, clave sticks, no drums, one main guitar and a seductive, undulating rumba feel, not to mention gorgeous vocals and a pleasing gear shift into a jaunty closing section. Crowing it all is “Passage Oblige (The Inescapable Pathway),” a rolling, accordion-graced 12/8 number that addresses the subject of death—sadly too familiar to artists of Wutu Mayi’s generation. He sings in Lingala, “We cry cry cry a long time for our friends and relatives who have died. So many tears we shed and hopefully dry.”

As best we know, this album is not available in physical form, but it is simply the most satisfying classic Congolese release to appear in some years, highly recommended as a download found here.