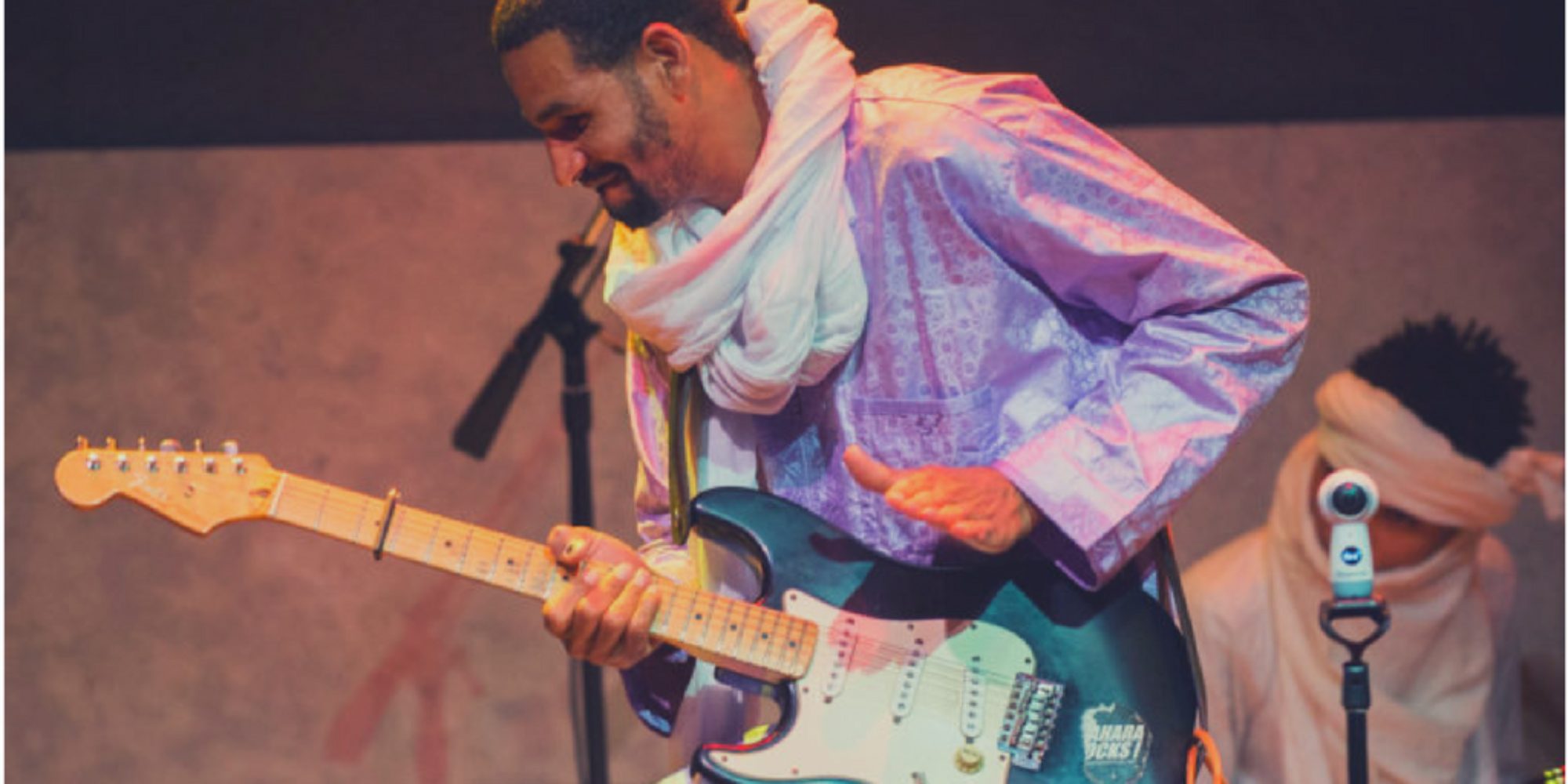 Mdou Moctar is on the rise. Forging his career and sound (and a killer eponymous band), the Tuareg guitar dynamo just played back-to-back sold out shows in Brooklyn as part of a North American tour for his new record, Afrique Victime. The album is his first full-length on the American indie label Matador and it has been reviewed widely and glowingly, including a coveted “Best New Music” kudo from Pitchfork, but the group’s sound remains very much their own: searing desert blues jams and contemplative acoustic tunes in swaying time.

The band released a documentary on the world that Afrique Victime was born into—a pandemic shutting down the tour, just as the band was poised to build on years of worldwide touring, playing 200 shows in 2019. The band’s American bassist, Mikey Colton, flew to Niger where the rest of the band was staying, but even touring within Niger’s borders was impossible due to guerrilla factions flourishing in the country’s power vacuum. This is where the documentary begins.

The band’s tour continues with sold-out shows from the Midwest to the West Coast before the band heads off to Europe in early 2022.