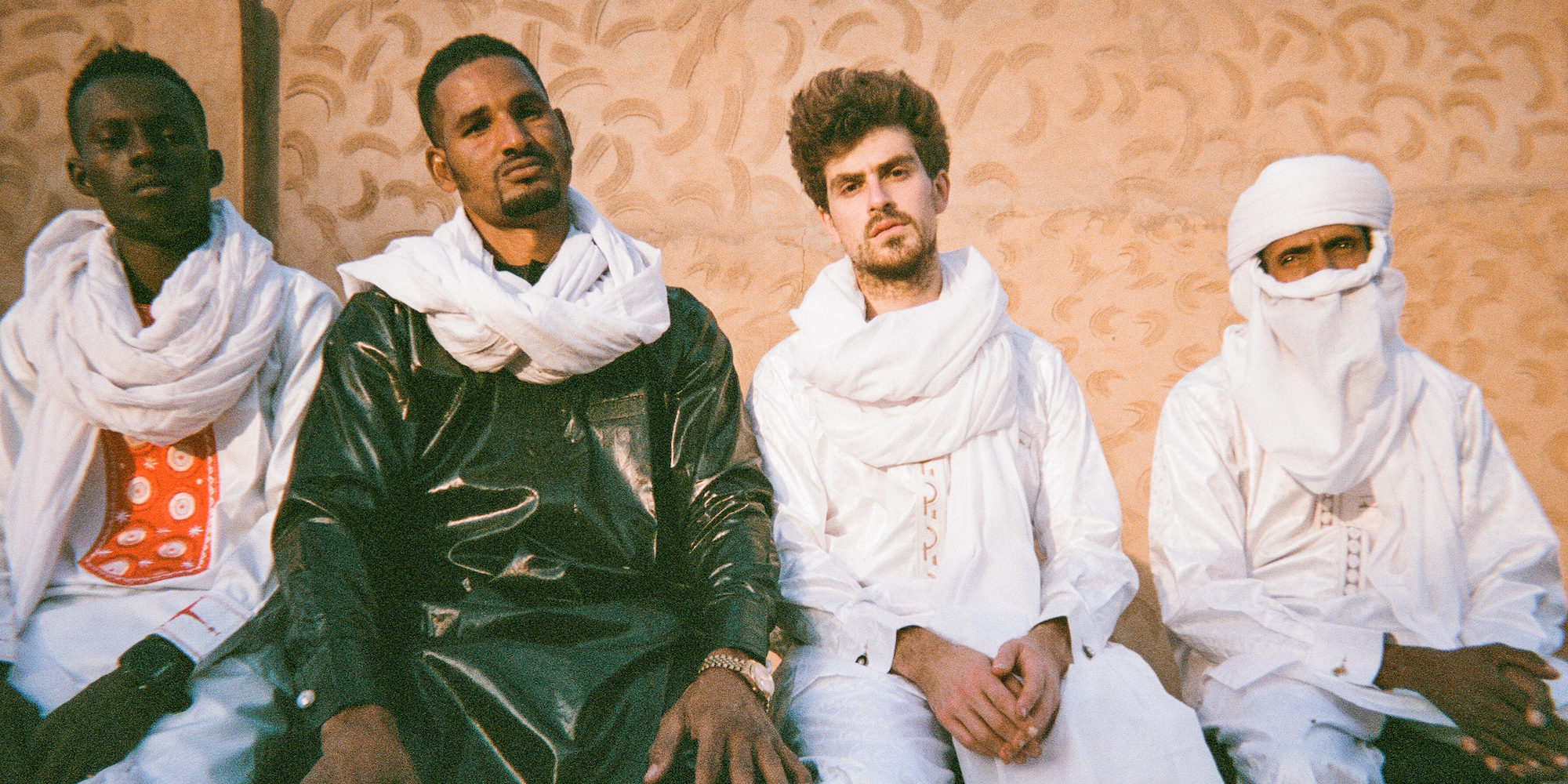 Making their debut at a major indie label, Mdou Moctar’s Afrique Victime is out Friday on Matador Records. The new label draws attention to the fact that fans of, say, Sonic Youth, or any other loud and proud champions of the electric guitar have a lot of like about Mdou Moctar, yet, the group has produced an album about where they’re from. Drawing stylistic cues—and a drummer—from Agadez, Niger, wedding band music, from their electric scorchers to their acoustic contemplations, the band and their songs are as proud of their home as Guided By Voices is of Dayton, Ohio. From the title to the centerpiece title track, no matter the label, Mdou Moctar are proudly an African band.

But for their bassist, the group hails from Agadez, Niger, a town of over 100,000 in the Sahara desert, once a trading post and stopping point for caravans, home not only to Mdou Moctar but also fellow Tuareg guitar maestro (and indie crossover star) Bombino. It remains an important market town, a center for resource extraction, and also at the intersection of competing political factions including Western militaries. American drones, monitoring what it calls “terrorist activities” in the Sahara and Sahel are based in Agadez. In this context, armed protection of resource extraction, Mdou Moctar is releasing an album called Afrique Victime, the title track asking, how long is this going to keep going on?

“The key element,” Moctar told Bandcamp this week, “is to get through the message, even subconsciously, that the continent of Africa is being victimized, and to understand what France is doing in terms of colonialism on the African continent and how France must help.”

The album opens with the sound of chirping insects, bird calls and roosters in what sounds like an early Agadez morning, followed by the clarion call of Mdou Moctar’s guitar (the man shares his name with the band). It’s almost an overture for the album—the gnarled guitar line, the propulsion of the band pounding their way in. It’s music that needs little introduction—it’s immediate and obvious why Mdou Moctar has found an audience in the American indie scene and across the world.

There’s a deceptive simplicity at work, but the complexity and the artistry reveals itself. Songs have a pretty harmonically simple structure—one or two chords for verses, sometimes another chord or two for the turn—and Moctar’s solos are usually a single three- or four-note riff mangled over and over: done slowly, done quickly, tapped and hammered on, sped up until the whole band tries to fit through the ever-tightening gyre of his playing and, as a group, they all lurch into high speed.

And yet, nevertheless, the solos and songs are never half-baked. Phrases are allowed to breathe and there are moments that feel like the eye of the hurricane, peace with everything in motion around you, but it never feels like a song is idling or that the solos are “noodling.” It’s music that asks: when you have the right rhythm, when you have the right chord, when you have the right four notes, what more do you need? It’s tension upon tension, a yoga pose held long enough that the muscles start to burn, until the eventual strained-for release into the band’s higher gear feels downright euphoric. You can explain it as simple, but not many artists have the faith in themselves or their audiences to make it pay off.

Part of Moctar’s charm has been the low-fi quality of his records, and Afrique Victime manages to bring clarity and depth to the band’s sound, but it’s far from what most would call “clean.” For electric guitars, the signal is noise, and that’s the point. For Moctar, the yelps, the sound of footsteps in the dirt, the pops and surprise harmonics all have a place. On this new album, the group has managed to weave together threads dating back six records, and came out sounding like no one else. How could the world help but notice? The band now demands it truly listen.