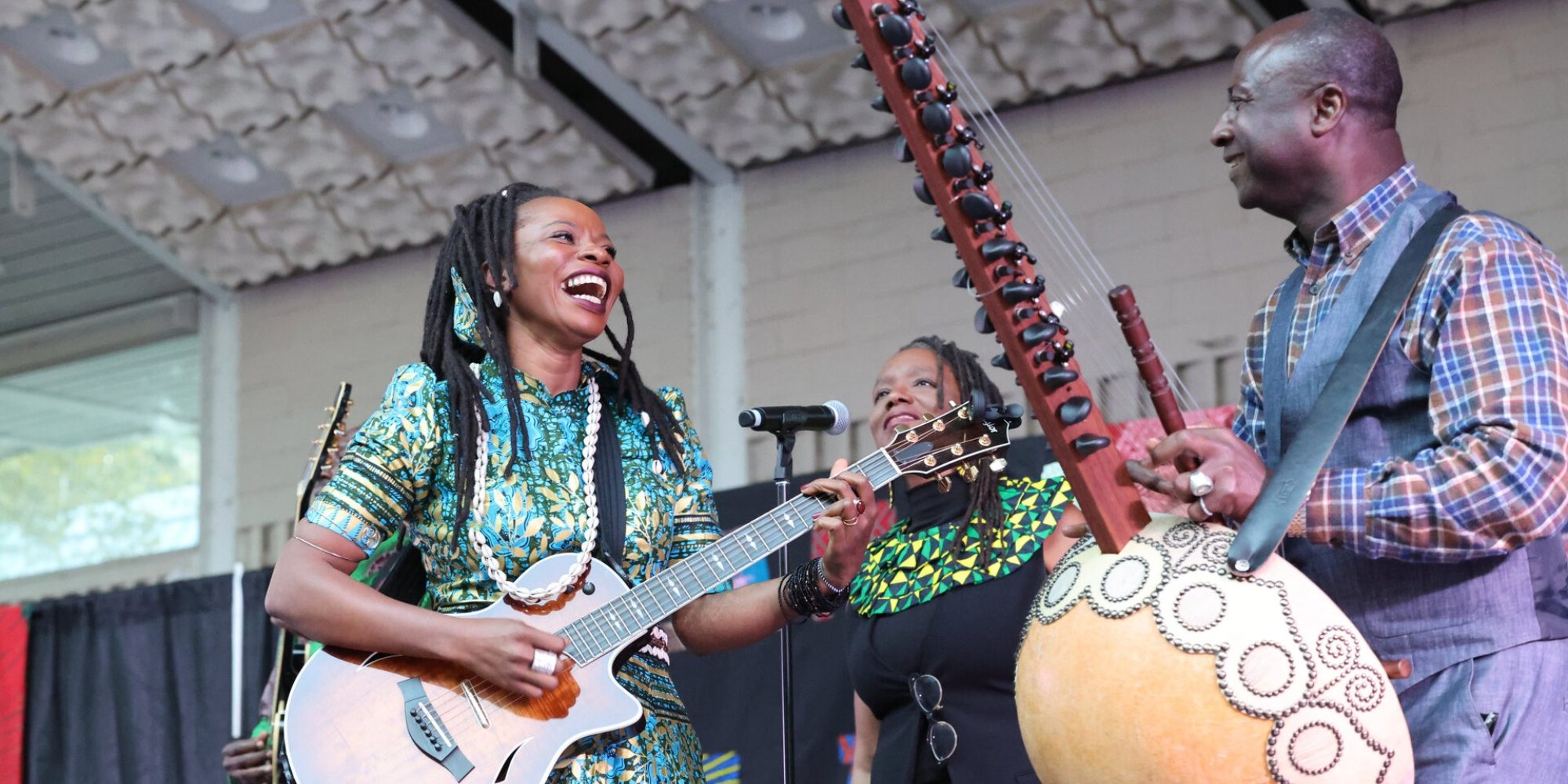 In a recent interview following the Harlem Meet Africa show at Marcus Garvey Park in New York City, Muwkae Wabei Siyolwe of Afropop Worldwide had a chance to speak with Natu Camara about life as an artist. They sat down over morning coffee on Zoom.

“I sing about truth, love, peace, and the rights of women and children,” she says. “Meaning, my daily life is my inspiration.”

A star is rising for the independent female singer/songwriter and guitarist Natu Camara. She’s on a mission to be the best version of herself, and elevate and educate through her foundation for girls and her new music festival Harlem Meet Africa, celebrating the cultural bridge she is building between Harlem and Africa. There are not many musicians who have energy enough to headline and produce a festival in Harlem, New York.

Meet Natu Camara, pioneer member of the first all female r&b/hip-hop band in West Africa, called the Ideal Black Females. Their first album, Guinea Mou Monèra (“It’s not a shame to be a woman”) went on to sell in the millions and was nominated for Best Album 2002 in Guinea. She has played to packed stadiums prior to moving to the U.S. and sang r&b/hip-hop before she moved to Harlem. Her personal resilience and re-invention is paying off step by step and she is emerging as a leader and a healer through music with the support of mentors that include master guitarist and producer Djessou Mory Kanté, her faithful band and fans.

The visually stunning video for “Faré” her new single, was produced by METY-Med Iris and her own label Natuwenta Productions. It was spectacularly styled by Cariam Fashion with designs by Lamara Barry and Mariatou Camara with set design by Cariam Fashion. All these artistic decisions give her video a cohesive flow and are easy on the eye because they are a unified world created by an independent artist not influenced by the metrics of a mainstream record label. This is the strength of Natu Camara.

The video for "Faré" has a color palette of blue Indigo dye, a recurring theme whose original hidden meaning symbolized protection in West African societies. A sacred cloth, desecrated during colonialism became a key commodity alongside the slave trade before cotton and tobacco. The first indigo dyed hemp clothing was the uniform of the enslaved, called “Negro cloth,” and are the origins of denim manufacturing. It was traded around the world for centuries and through a blue filter, Natu brings back its true meaning as protection. Natu is a healer, restoring ancient icons and costumes of Guinea that once adorned Sundiata and Mousa Mansa, bringing them symbolically back to the true owners of the cultural property.

As a dancer Natu recounts a story in our interview about incorporating youth dancing in the street into her "Faré"video when she was on location and how she incorporated them into the production. These future stars include Damass Sylla, Junior Leno, Cheick Ahmed Tidianne, Salif Conde, Aboubacar Camara, Raphael Gbamou, Koria Traore, N’Tata Soumah, Jeannette Loua Tolno, Kadi Diop, Bouba Camara, Amara Danbassa, M’Baba Accro, Moussa Diallo, 52. The song titled “Faré” which means “the dance” in Soussou, the lingua franca of the capital of Guinea (Conakry), is cementing this new culturally accurate image of Africa across the world with a complex ancient but funky fresh beat that will have you on your toes transported to the Afro-futuristic world of Natu Camara.

Just like nature itself, Natu is a force and I am a fan forever. 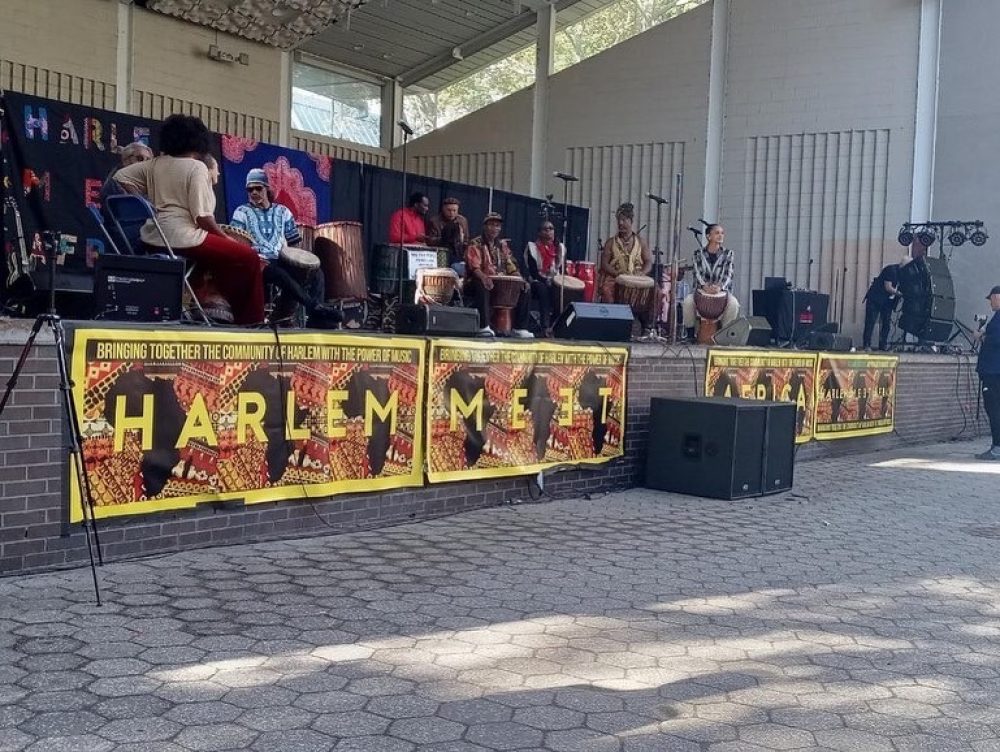