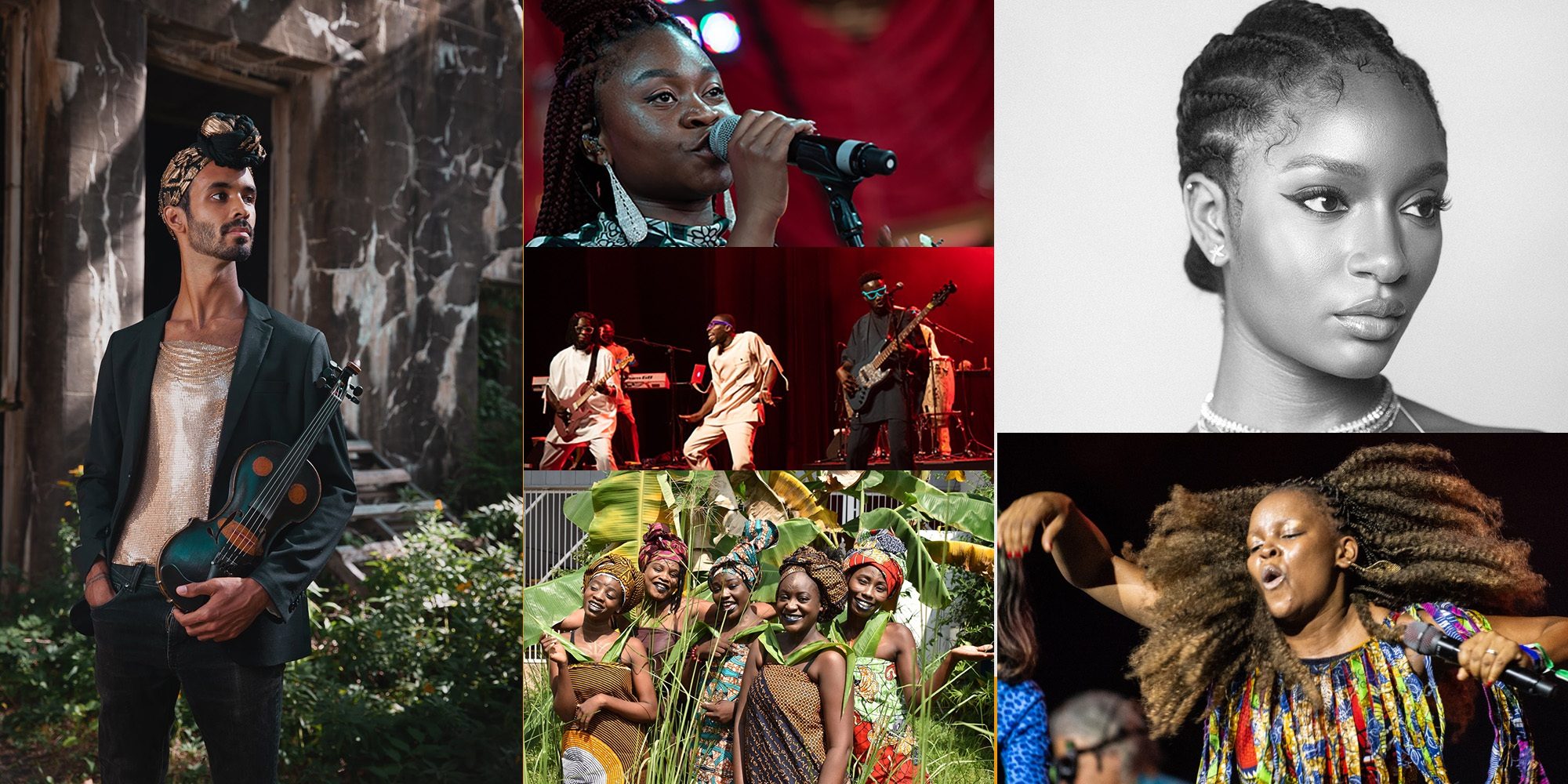 Afropop Worldwide spent last fall asking artists and colleagues what was new for them in African music in 2022. The answers we got ranged from emerging artists, to changes in the Grammy Awards, to the emergence of female band leaders and quite a few “discoveries” of things that are not in fact new, but as Georges Collinet says, “Hey, everything is new if you’re hearing it for the first time.”

From Accra, Ghana, this group was among our discoveries for 2022.

We met Kyekyeku in Accra in 2013 when he was among the few serious young artists playing palm wine guitar. Since then, he has married, moved to France and become an accomplished band leader. And he was Fra!'s pick for New Africa 2022.

Just 20 years old, this artist is coming on strong in the fast-moving Nigerian Afrobeats scene!

Son of Tito Paris and longtime musical director of Cesaria Evora's band, this guitarist/singer/bandleader has been busy! What has been new for him is a byproduct of COVID restrictions. In a word: time!

Our woman in Melbourne, Australia, DJ Kix picked this emerging Kenyan artist as a sign of things to come in East African music.

A Congolese superstar, Fally has had a big year, packing over 100,000 into a stadium concert in Kinshasa, having his album Tokoos be certified as a gold record... Here's a video sample from his upcoming 31-song album, Formule 7.

Born in Mozambique, long a resident in Lisbon, Selma was another artist we were pleased to meet for the first time at WOMEX 2022. Check out the timbila (Chopi xyolphone) in this track.

Mory Kanté (1950-2020)? New? Well not exactly, but Djely Tapa says his song "Sabou" remains her model for a great song connecting the past with the future.

This Philly-based veteran Brazilian percussionist/bandleader has had a great year with the release of his album Agô.

Dendé's revelation in 2022 came when he made his first trip to Nigeria to experience Felebration in Lagos. What hit him hardest was discovering fuji music. Here's fuji giant K1 de Ultimate serenading the triumphant Argentinian footballer, Messi.

This Algerian-French singer/composer performed a sensational set at WOMEX 2022, and gave our man Ron Deutsch a great interview.

In 2022, Djazia Satour first focused on the electrifying sound of the Western Sahara, saharaoui music. A fine example comes from the late Mariem Hassan.

One more of our women of WOMEX 2022, Pilani Bubu offers a vibrant new voice from South Africa linking folklore to story-telling and contemporary aesthetics. Check out Pilani's interview with Ron Deutsch.

And finally, producer Banning Eyre's pick for the year is Jake Blount, a visionary young African-American artist with deep knowledge of old time music and a keen eye on the future. Check out his interview with Banning.