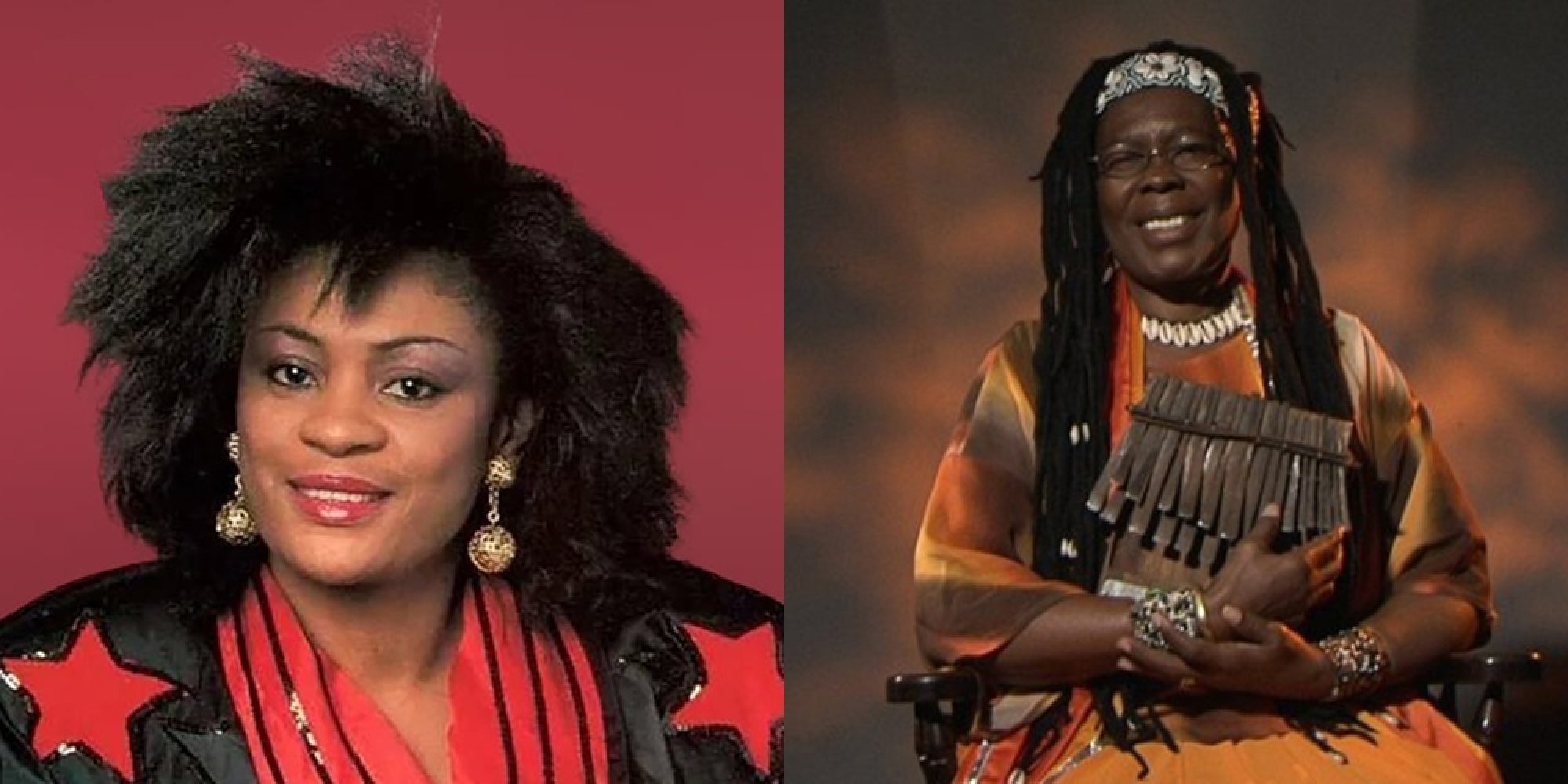 The past month has seen a string of significant losses in our musical world. It began with Tshala Muana, the Congolese queen of Mutuashi, who died in late December, 2022. In her 64 years, she championed the seductive style of the Kasai region in an era when Kinshasa rumba variants ruled the Congolese scene, and indeed, the continent of Africa. Tshala Muana’s music broke through all of that with rich melodies and profound rhythms deeply rooted in pre-colonial traditions. She wrote some of the most memorable songs of her era. She was also an activist, an advocate for expanding women’s rights and a forthright fighter against the scourge of HIV-AIDS, which caused untold suffering in Central Africa.

Unfortunately, Afropop Worldwide never had an occasion to meet and interview Tshala Muana, but her story is well told in her New York Times obituary.

Today, January 20, we learned of another monumental passing. Zimbabwe’s Stella Chiweshe was the first woman to come to national and international prominence on the Shona mbira. Her highly productive career included long, serene solo performances and recordings, beginning with radio recordings in the 1970s, as well as forays into popular formats, including with members of 3 Mustaphas 3 on the landmark album Ambuya? in 1990.

For all her versatility, Stella was a traditionalist, a woman in touch with ancestral spirits and who imbued all her performances with a palpable, mystic ambiance. When we last spoke with Stella in December 2020, she was full of dreams and ambitions. Our hope is that as her unique legacy lives on, those dreams will be fulfilled by those she mentored and inspired.

In the broader world of popular music, rock fans everywhere are still mourning the passing of guitarist extraordinaire Jeff Beck. And just this week, we lost David Crosby, one of the pillars of American folk rock, a composer, singer and guitarist with unique emotional powers. Hearing clips of his music on radio and television these past 24 hours reminds me personally of touchstone songs from my youth, the very sounds that made me fall in love with music in the first place.

All these artists will be sorely missed, but their work will live on forever.