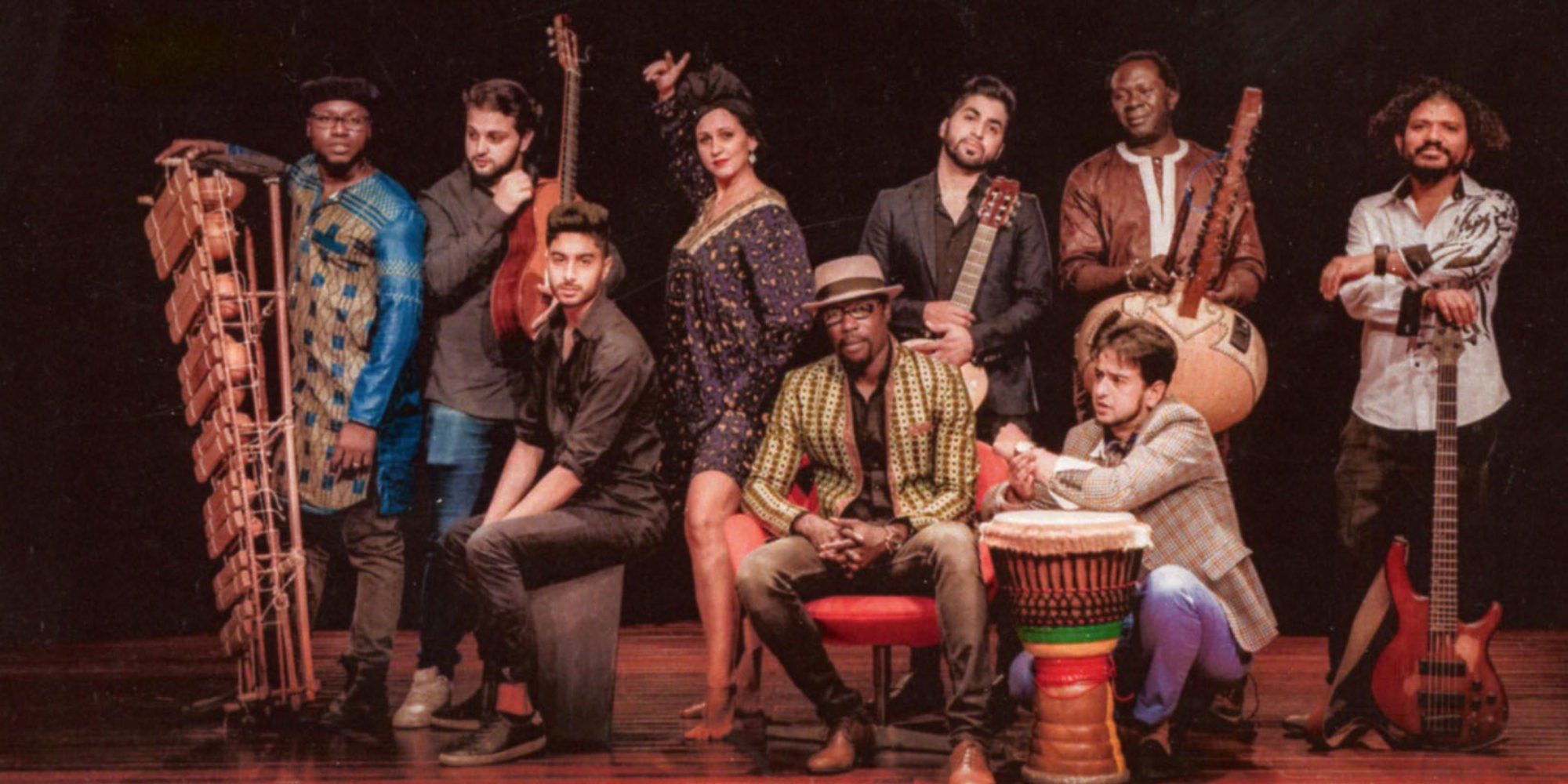 Sidy Samb is the leader of Afroflamenco, and as the name suggests, the band fuses African music with flamenco. But there’s more to it than that. Samb is a Senegalese Wolof griot, deeply immersed in sabardrumming, the dynamic percussion tradition behind Senegal’s trademark pop music, mbalax. Samb has long lived in Seville, Spain, and his fusion runs deep. It’s the product of decades of experience and experimentation. That history is more than evident on Samb’s most recent album, Dem Dikk. The elegant opener “Salimaye” sways in slow rumba with violin, balafon and sensuous female vocal. “Guerrero” delivers the kick of flamenco graced with rock guitar and choral vocal. “Sunu” fuses sabar rhythm into a driving Latin groove, featured on our program Dakar Muse. “Rumba de Lavapiés” couches the familiar gospel chorus, “Aaaamen, Amen, Amen,” within a flamenco groove peppered with hand claps (palmas) and crisp guitar flourishes. In all, it’s a rich journey guided by a uniquely seasoned ensemble. Afropop’s Banning Eyre caught up with Samb at WOMEX 2022 in Lisbon. Here’s their conversation.

Banning Eyre: Sidy, it’s a pleasure to see you again. The first time we spoke was near the beginning of Afroflamenco and the group has come a long way. You've been living in Spain for some time haven't you?

Sidy Samb: Yes, in Seville. I've lived in Seville for almost 30 years. I grew up in African music. I was born into a family of griots. My mother was a singer. She sang traditional Senegalese music. So I learned this traditional music from childhood. It's in my blood. I came to Spain in 1992. As you know, Seville is the capital of flamenco music, so we started merging Flamenco with African music generally with a group called Mártires del Compás (Martyrs of the Compass). We released our first album in 1995 called Flamenco Billy. Our second was Prohibit da El Cante, and the third was Al Compás De La Llaga Dolorida. So with these three albums, I began my career. Then I started my own group Afroflamenco in 2014. We’ve done a few albums. The most recent one is Dem Dikk, which means “Go and Come.”

I have been enjoying Dem Dikk. But before we go there, tell me this. Was flamenco something you were already interested in before you came to Spain? Or did you discover it there?

Actually the first time I heard flamenco was in France. I went there with my father who lives in Abidjan. I was with him in a market and I heard the singer Camarón de la Isla. The gypsies had a market where they played music, and that really touched me. Then when I went to Spain for the Expo in 1992, I discovered that Seville was the capital of flamenco. So it was destiny that brought me there. That's when I started to get really interested, and especially, to learn. It's very important when you want to do something, you really have to study it, to learn it in order to master it. So I started learning flamenco, how they dance, how they play, what the songs are, the harmonies, the melodies... So flamenco became my way of entering into this new culture. The musicians were open to me. I don't really know why I was there but that was what I wanted and they taught me as if I was a gypsy. They told me I was like them. It came to me naturally. 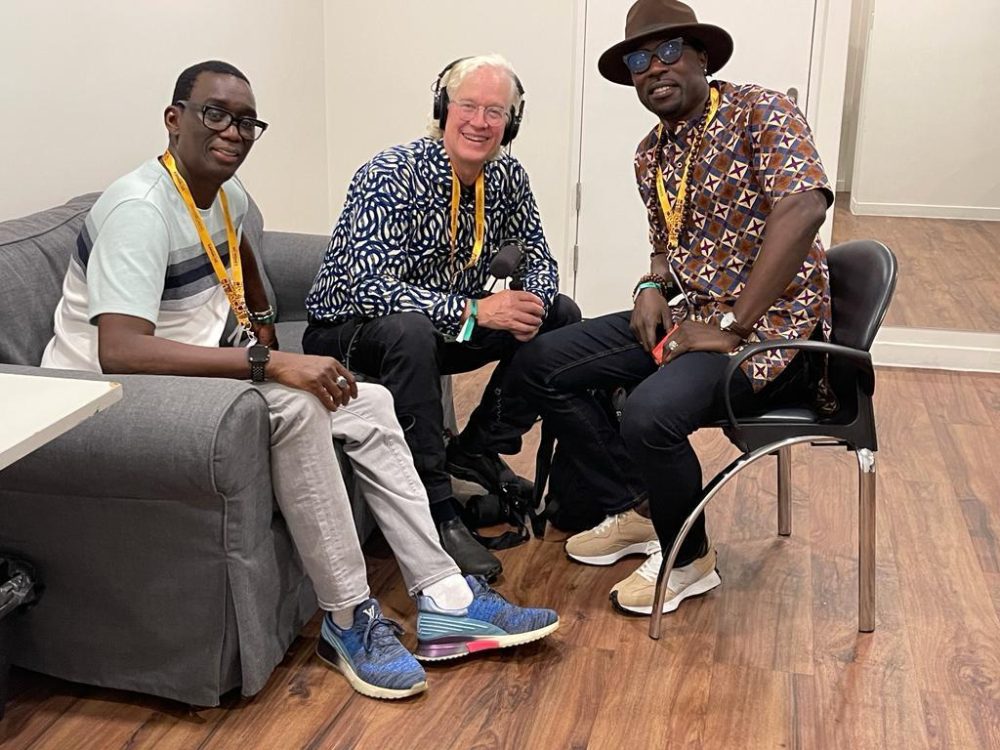 So on this album, there are a lot of interesting grooves, and a couple of songs where you merge the rhythms of flamenco with mbalax. Is that something that comes easily for you? And for the musicians you work with? Mbalax has a very particular rhythmic sensibility as does flamenco.

Flamenco has its own rhythms like bulería, soleá, seguiriya, fandango, rumba, tango… It’s the same with mbalax. You can speak of mbalax generally, but within it, there is farwu jar, djiar, bara mbaye, mbass, ndeuth, leumbeul… There are many rhythms. But specifically, the bulería is a rhythm that blends very well with our rhythm ndeuth. They go together perfectly. [sings the two rhythms] You can hear it in the song I recorded with Tomasito, "Njitt.” Ndeuth is a common sabar rhythm. When you see people dancing sabar, it’s mostly this rhythm.

Did you have a particular concept for this new album?

My idea is to show the world that music has no borders. You can put a Spanish musician in Asia and they will find connections. Music is a universal language. I don't speak Portuguese, but when I play I can connect with the Portuguese, the Germans, the Americans. Only music can do that. So with this album I wanted to show the rest of the world we might be Africans, but we can play flamenco. And I think people get the message. Certainly in Spain they're getting the message.

What about Senegal? Have you been able to take the group and perform there?

Yes we started to tour Afroflamenco in Senegal. Soon it'll be five years we've been doing that. We've brought flamenco groups with us to Senegal for a festival, and the Senegalese public receives the music very well. In the past people only knew the Gypsy Kings with their rumba. But people feel quite connected. We've done three editions of the festival, and we're planning another one with New African Productions next year.

Yes, in Dakar. There are workshops and concerts; we keep developing the idea. 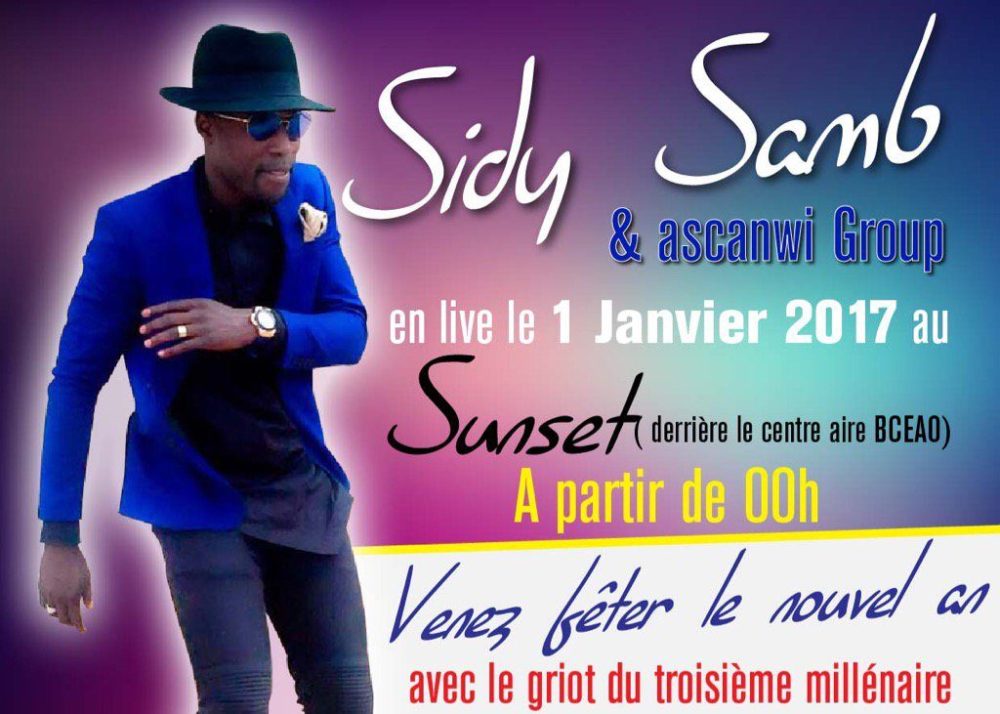 Tell me about a couple of songs on the record.

There's “Guerrero,” which talks about clandestine immigration, about the people who cross the ocean for a new life. That was done with Raimundo Amador, a great flamenco guitarist from Andalusia. He played with BB King and all kinds of people. So we did that song together. There's also “Sunu,” which speaks about Wolof culture, the way we do things, our customs. We are Africans. We must not lose our culture. We must defend our culture. We can't lose our Africanness when we come to Europe. It's in our hearts all the time. So this is a way of telling the next generation that our culture is very important. If you don't have that, you have nothing.

Well said. It's great that you have created this festival. I guess that’s proof that people are getting the message.

Yes, people are always asking, “When is the next festival going to happen?” We're coming to the end of the year now when everything really moves. But we're planning the festival for next year.

I'd love to come.

We're also working on a tour to present this album to American audiences.

Very good. We'll be waiting. Thanks for talking.