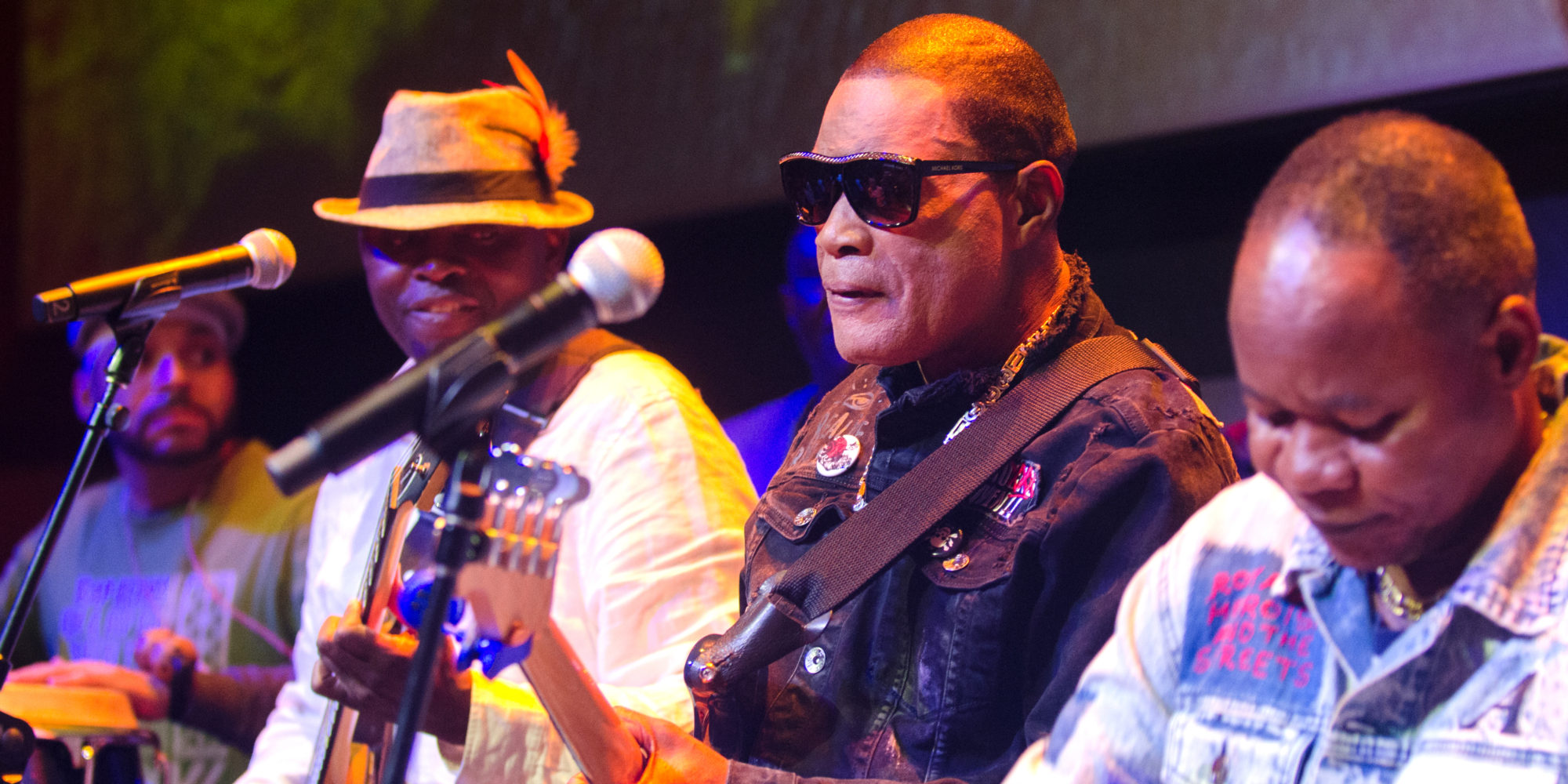 On Thurs., Aug. 23, history was made at Lincoln Center’s David Rubenstein Atrium. Three living legends of Congolese music—generally known as soukous—joined forces with a crack lineup of younger singers and players (including some who live here in New York) to perform as the Soukous All Stars. Some in the overflow crowd surely remember the 1980s and ‘90s soukous heyday, when Congolese bands, often based in Paris, made regular stops at S.O.B.’s and other New York nightspots. Congo music was then the most accessible, dance-happy vibe going in the big Afropop wave sweeping the country.

Times have changed. In the early 2000s, Ivory Coast’s coupé decalé—arguably derived from Congolese music—overtook dance floors in Africa and major diaspora cities. In Congo, soukous gave way to the more teched-out ndombolo sound. Consolidation in the “world music” marketplace and mounting difficulties and expenses involved with obtaining visas reduced the flow of African bands to U.S. stages dramatically. On top of this, no Congolese star had quite established the personal celebrity of, say, Youssou N’Dour or Salif Keita. (Papa Wemba came close, but ran into legal problems that kept him out of North America for most of his late career.)

As a result, soukous all but disappeared. Congolese music went from being the ubiquitous disco music of the African diaspora to a revered and venerable tradition, like New Orleans jazz or Chicago blues. So to bring vocalists Nyboma Mwan’dido and Luciana Demingongo, and bass player Ngouma Lokito to an American stage to perform classic, guitar-driven soukous did indeed feel like a showcase of legends. The Soukous All Stars is a recent formation, a collective of veterans like these three (as well as a number of others not present at the Lincoln Center performance) with talented young artists to perform both gems from the past and new compositions, but all very much in the old '70s-80s style. 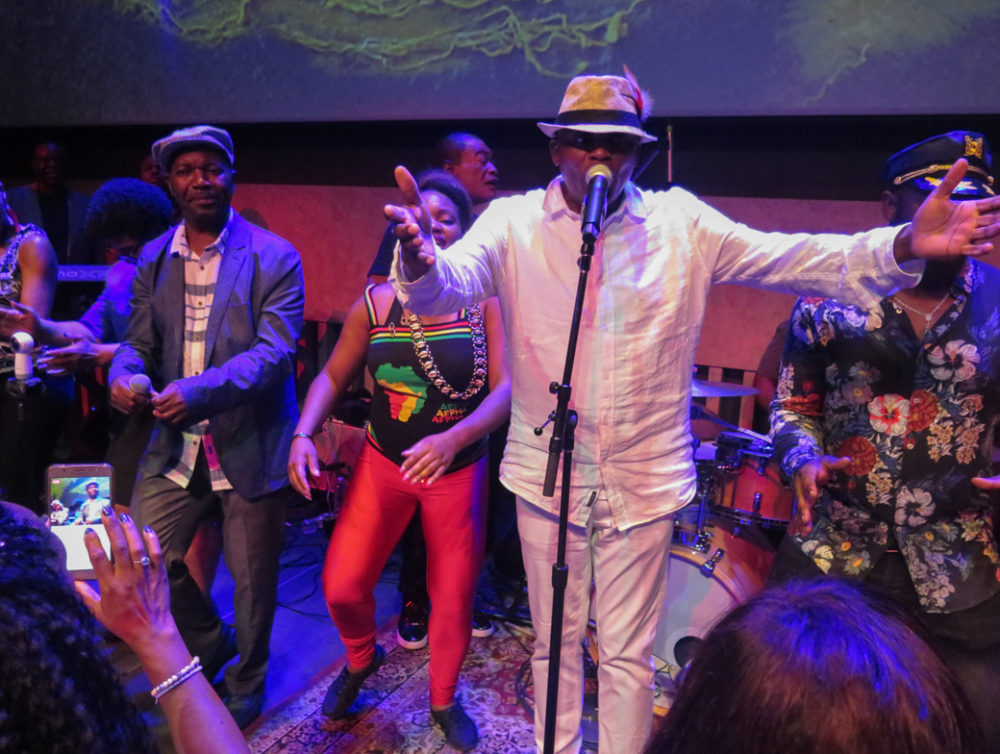 Elie Kihonia—a singer, multi-instrumentalist and the Soukous All Stars’ spokesman—told me the band wants the story of Congolese music to be “rewritten,” adding, “Today Congolese music has spread everywhere in the world, especially in Africa, through the music they’re calling, for example, Afrobeats—in terms of the new generation of singing from Nigeria and Ghana. They’re playing soukous music; it’s just a different name now. Because back then, as we all know, traditionally Nigerian people did not play that rhythm, which is the Congolese original rhythm.”

A lot to unpack there, but suffice it to say that the promise of that rhythm, played in the particular way bands of the soukous era played it, was enough to pack Lincoln Center’s Atrium and leave a line of disappointed latecomers around the block. They weren’t there for any particular artist. They were there for soukous!

And boy did they get it. From the first number, with none of the legends yet onstage, the dance area filled, and it only became more packed, sweaty and frenzied as the 90-minute concert unfolded. There was a rotation of singers. Players switched instruments, took turns dancing and shouting out chants known as animation. Powerhouse drummer Nkumo Katalay and a very young guitarist, Yohni Sungu, remained on stage throughout, side by side, deeply synchronized, powering song after song with irresistible groove and melody. Sungu is Congolese, but grew up in New York playing jazz and other styles. So it was beyond remarkable to see his mastery of this band’s extensive repertoire of landmark songs with complex arrangements and tricky signature guitar riffs. He made it look easy. 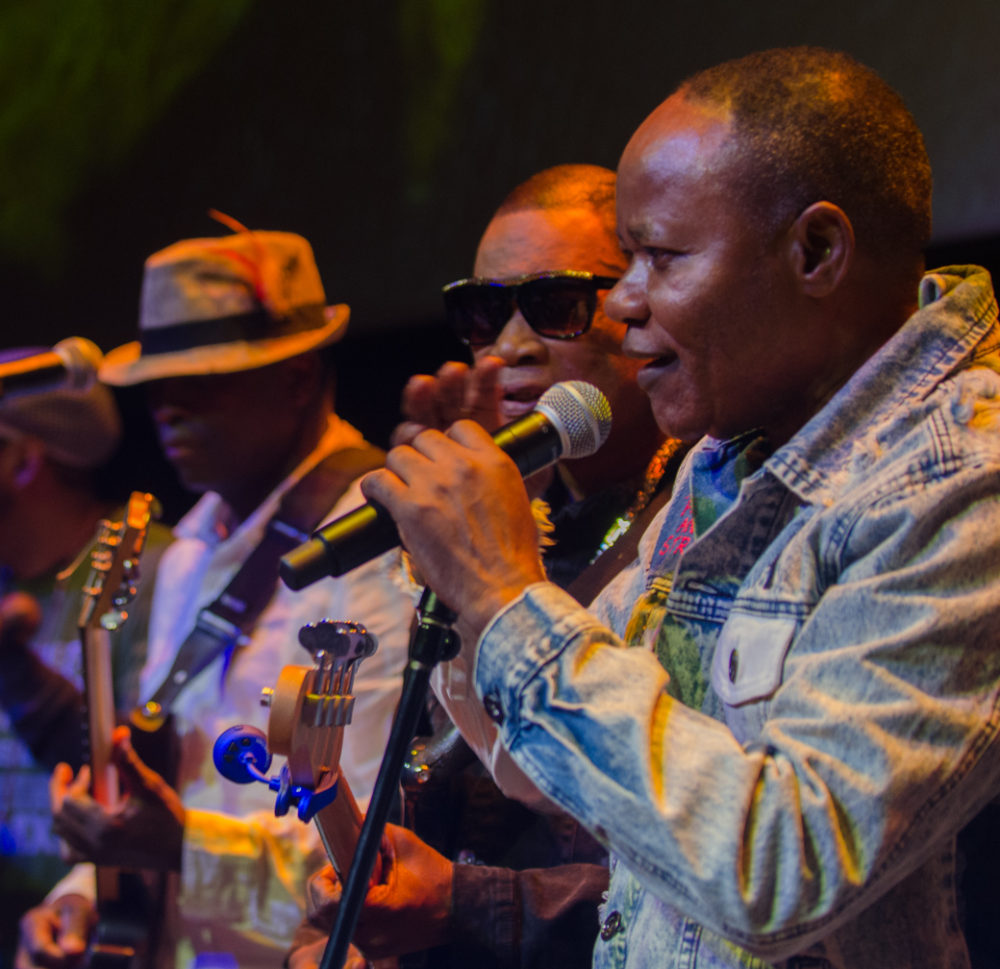 Alone or together with others, Nyboma and Luciana sang like angels, Nyboma’s clear high voice as gorgeous to hear as it was 30 years ago. And Ngouma on bass was a picture of solidity. He made a show of his signature trick, kneeling to play guitar behind his back, but really what was most striking about these musicians was the way they could play such exuberant music while maintaining such a poised, gentle, ultra-cool demeanor on stage. Truly a class act.

As in any soukous show, there were dancers, in this case, three women who appeared periodically to perform distinctly Congolese moves, right down to the butt-winding squats, urgent hand gestures, and suggestive, wide-eyed facial expressions.

What a treat to see this ecstatic and expansive act in such an intimate setting. But really, this band belongs on the big stage. Celebrate Brooklyn and Central Park Summerstage take note. Soukous All-Stars are a surefire crowd-pleaser. These images tell it all. 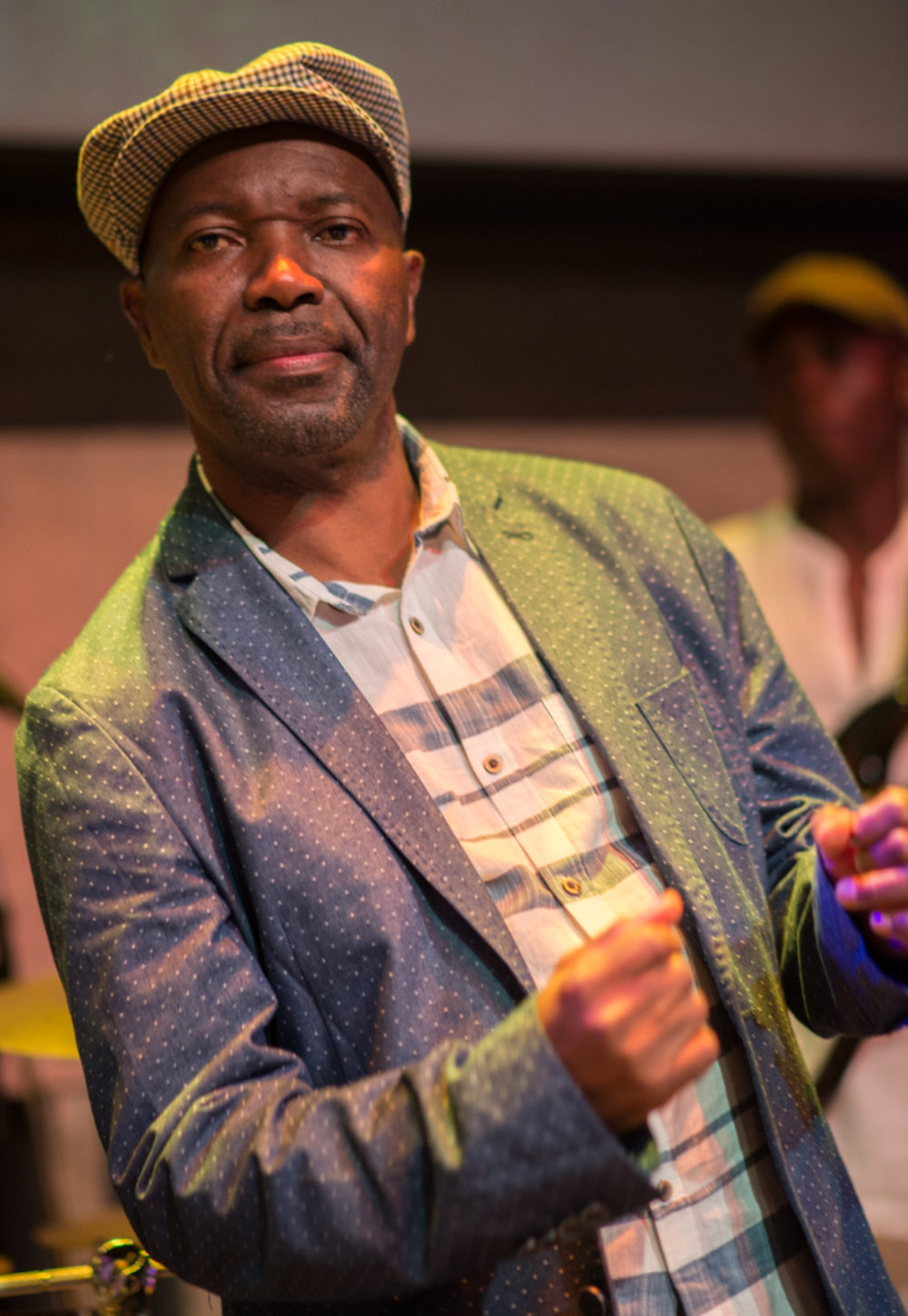 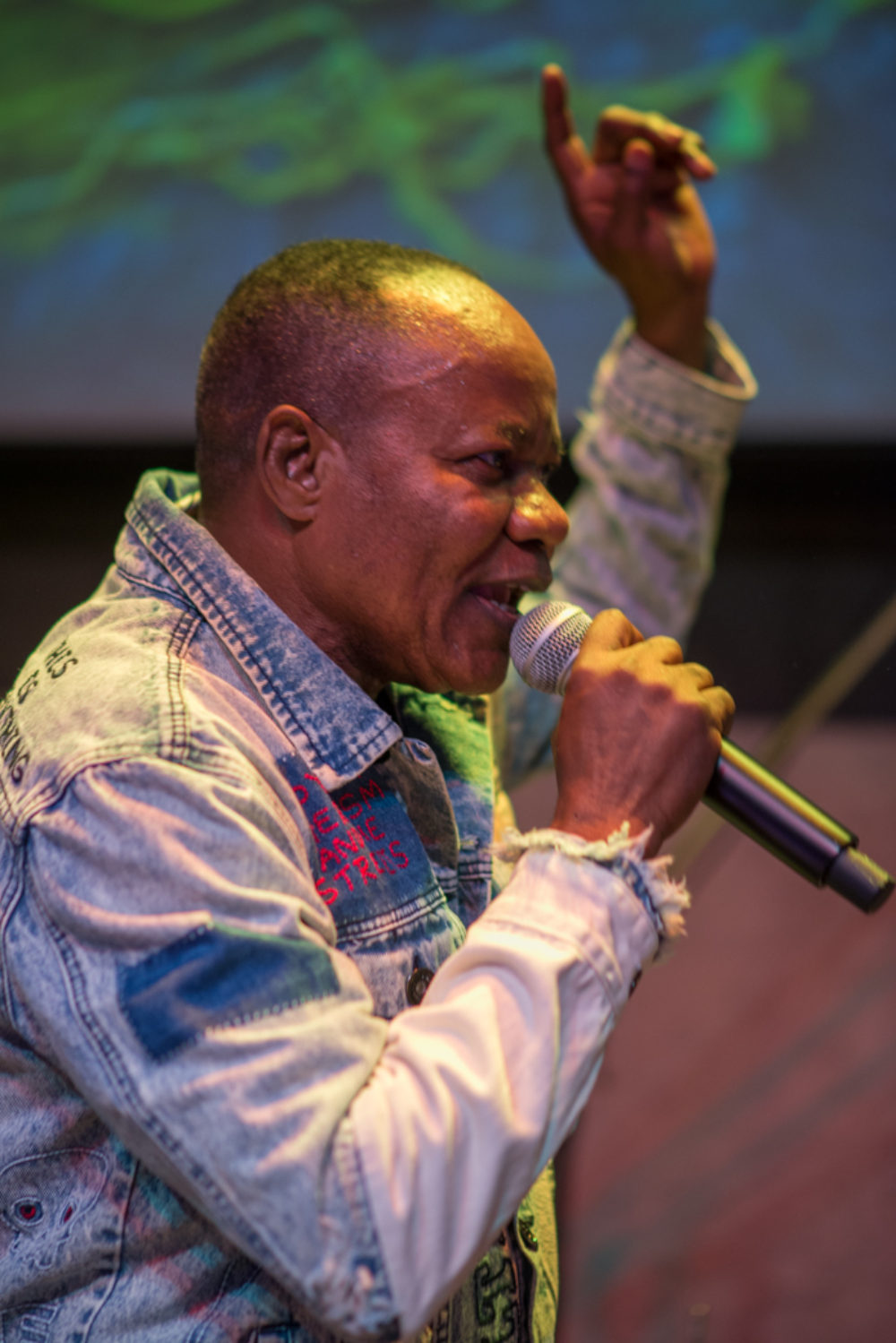 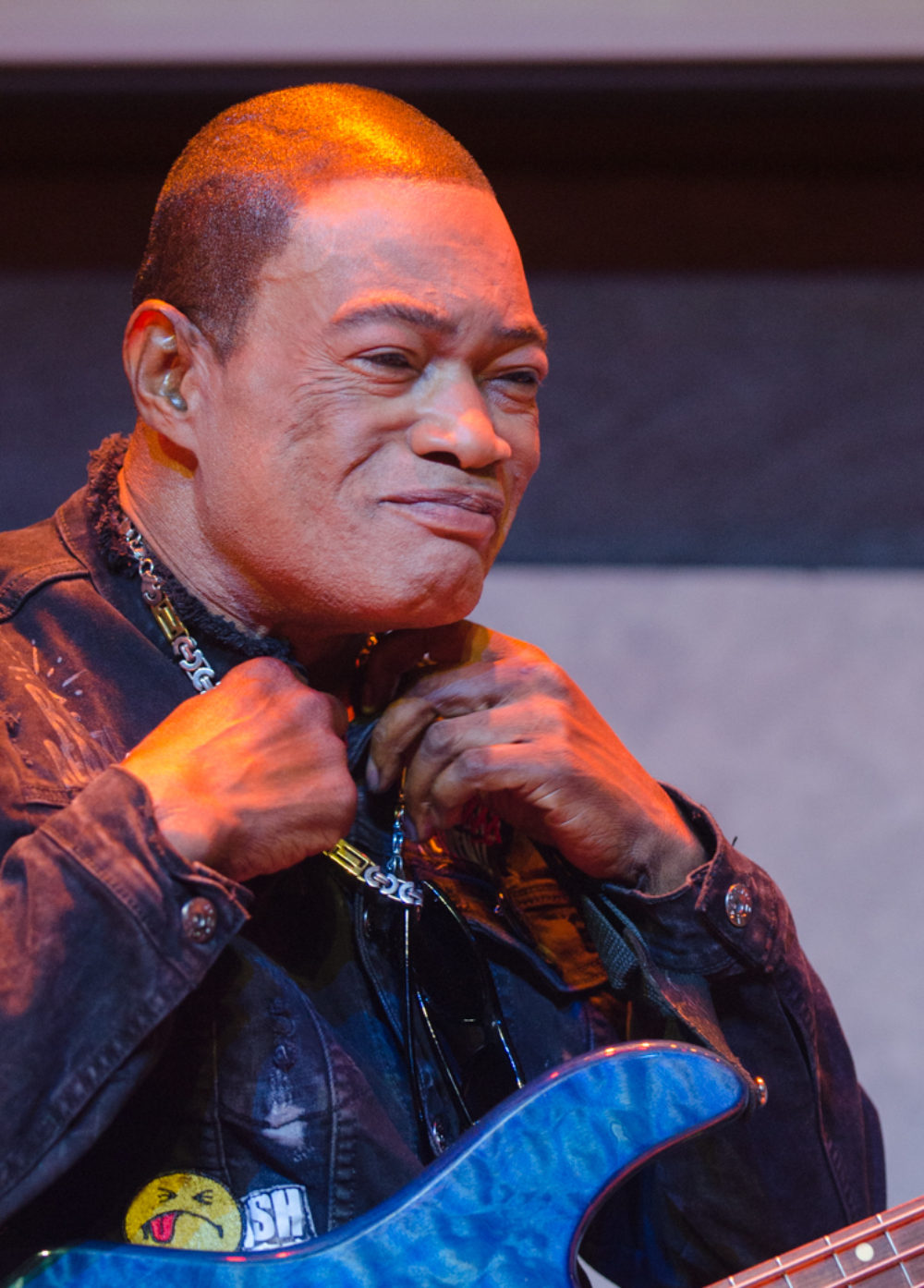 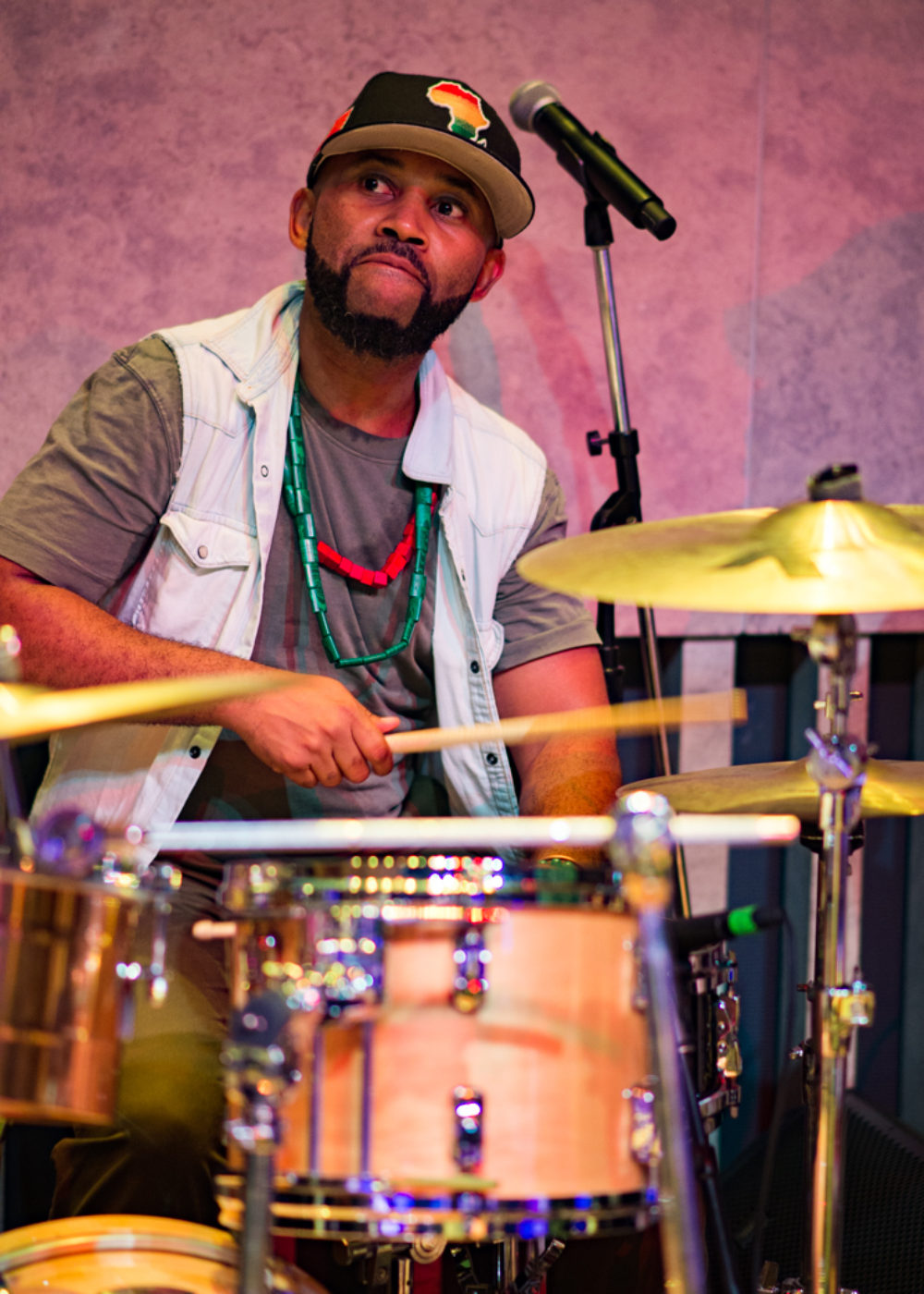 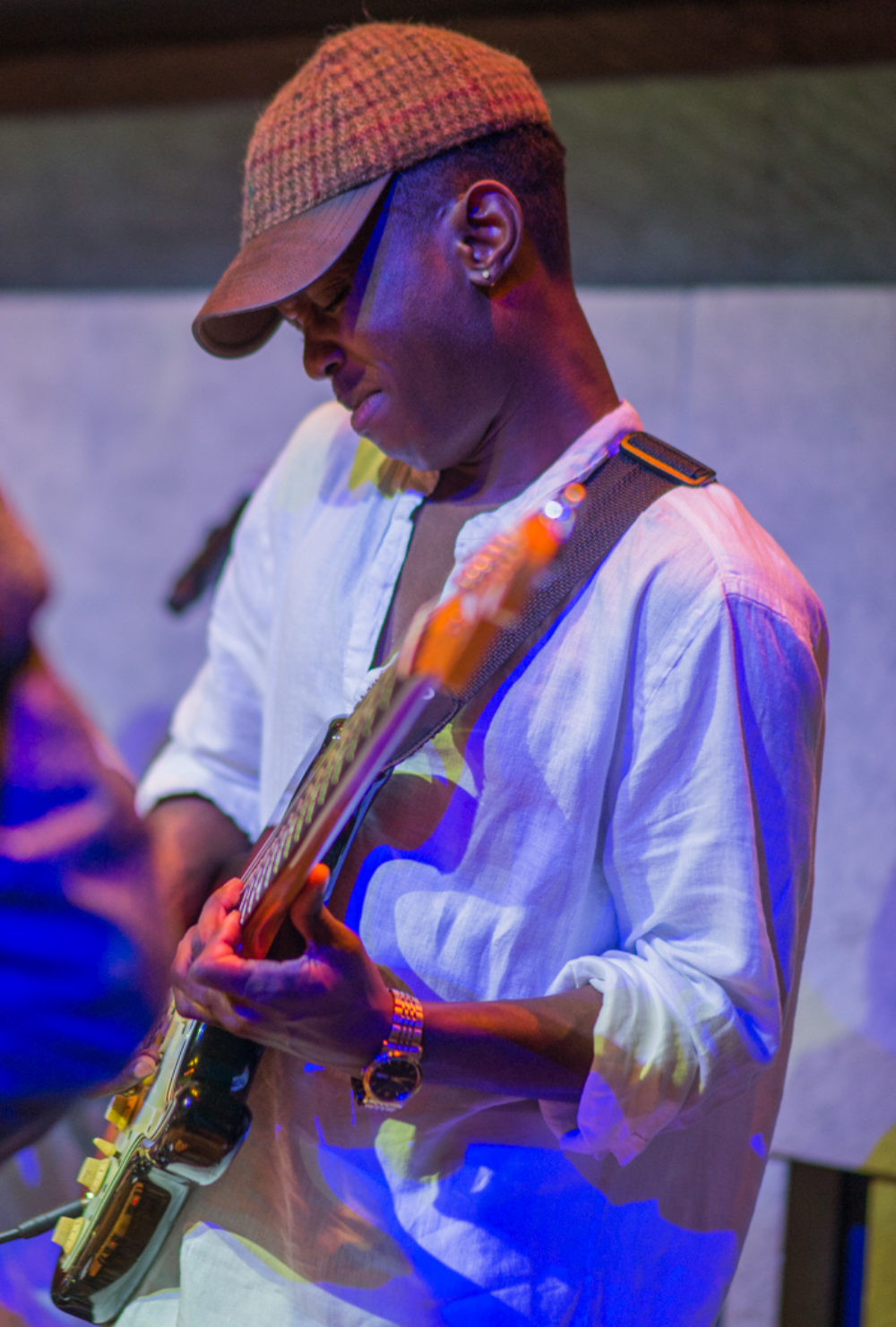 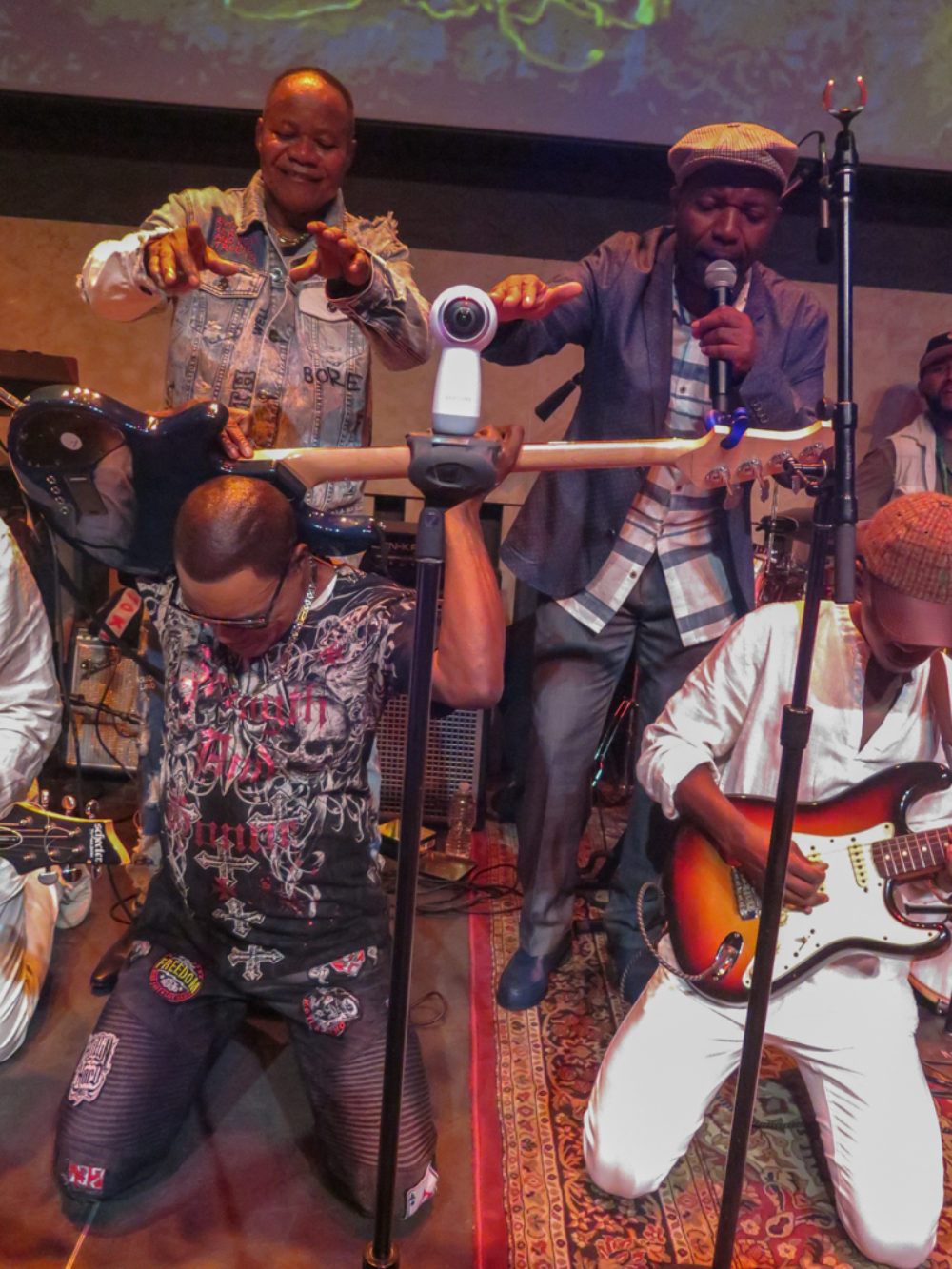 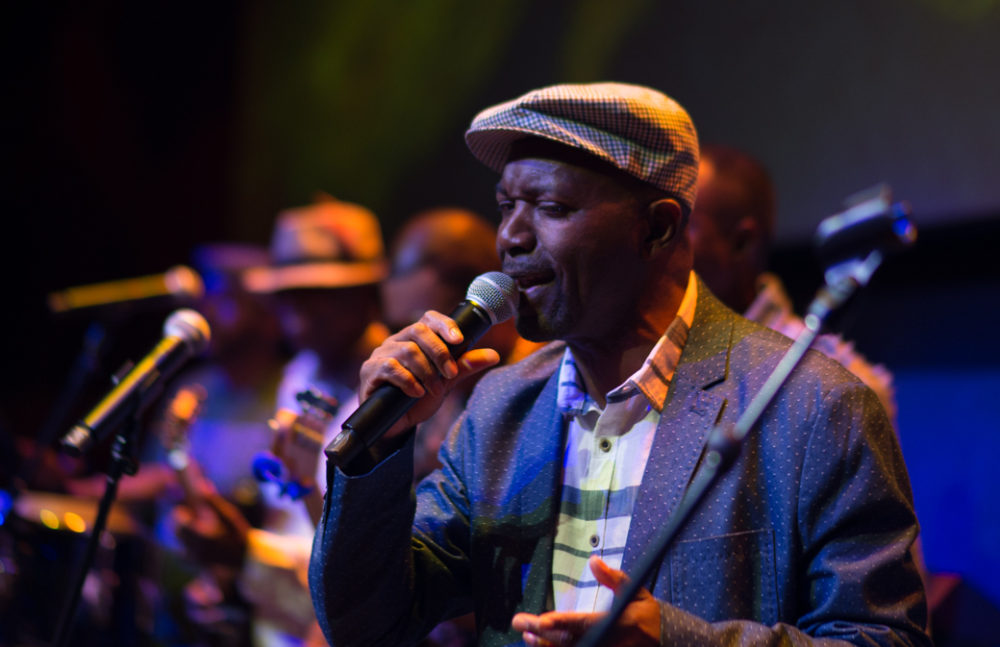 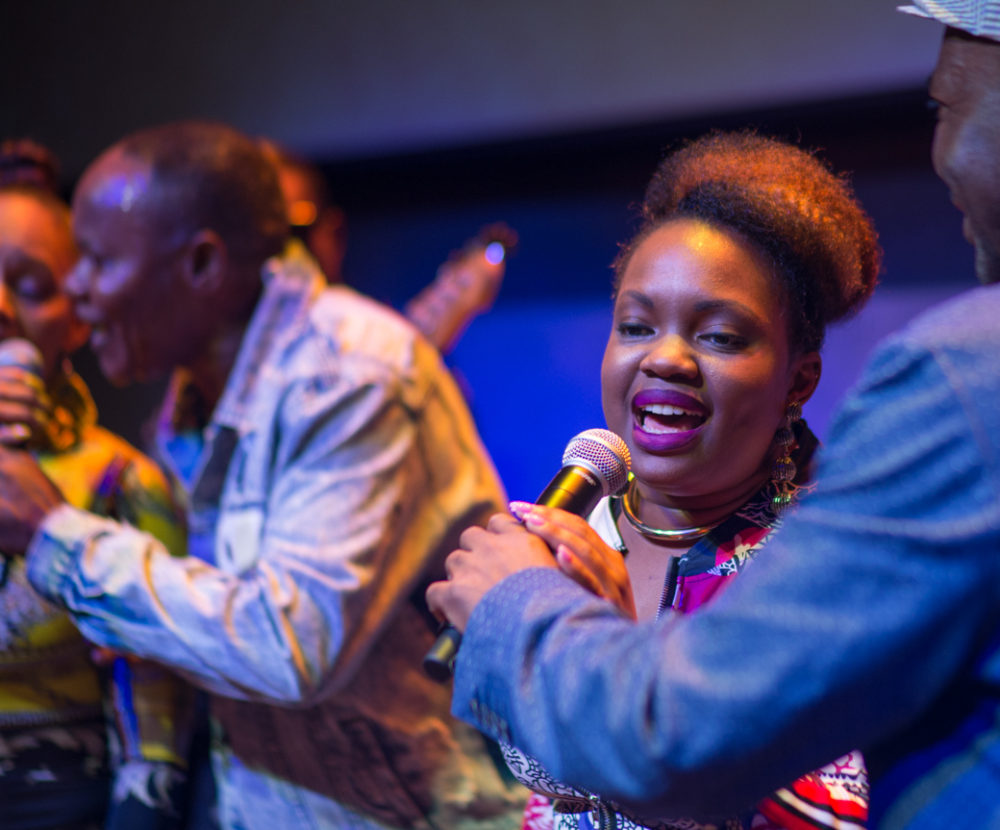 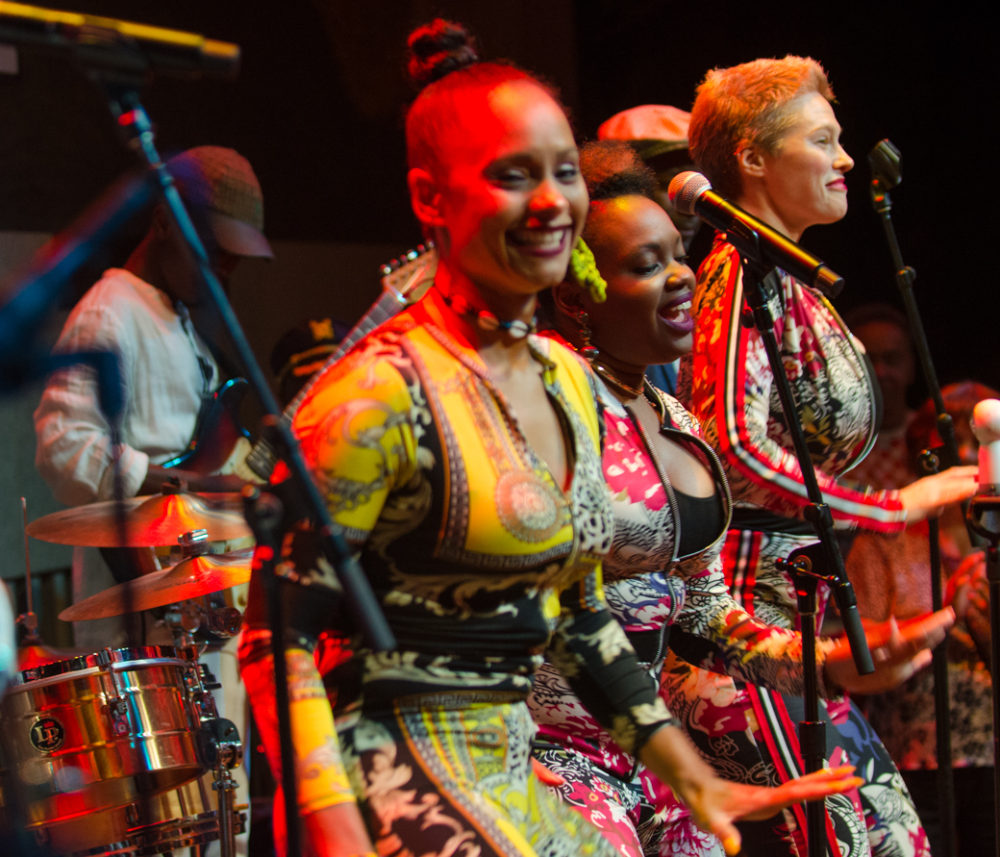 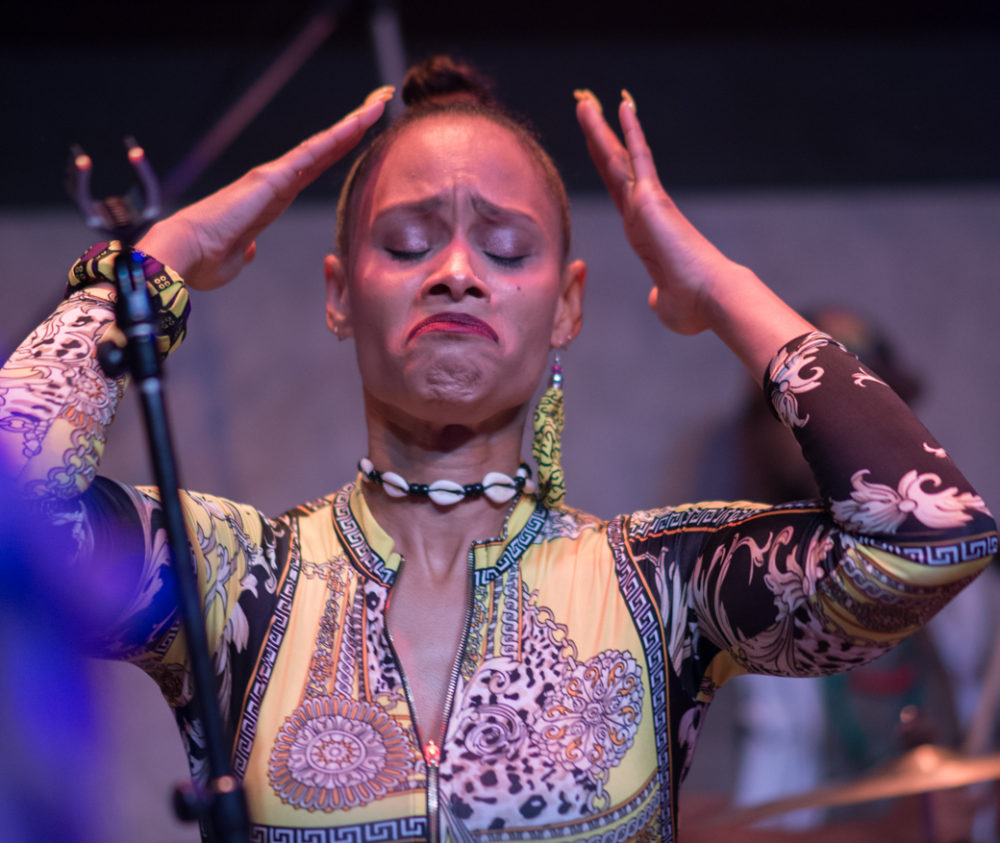 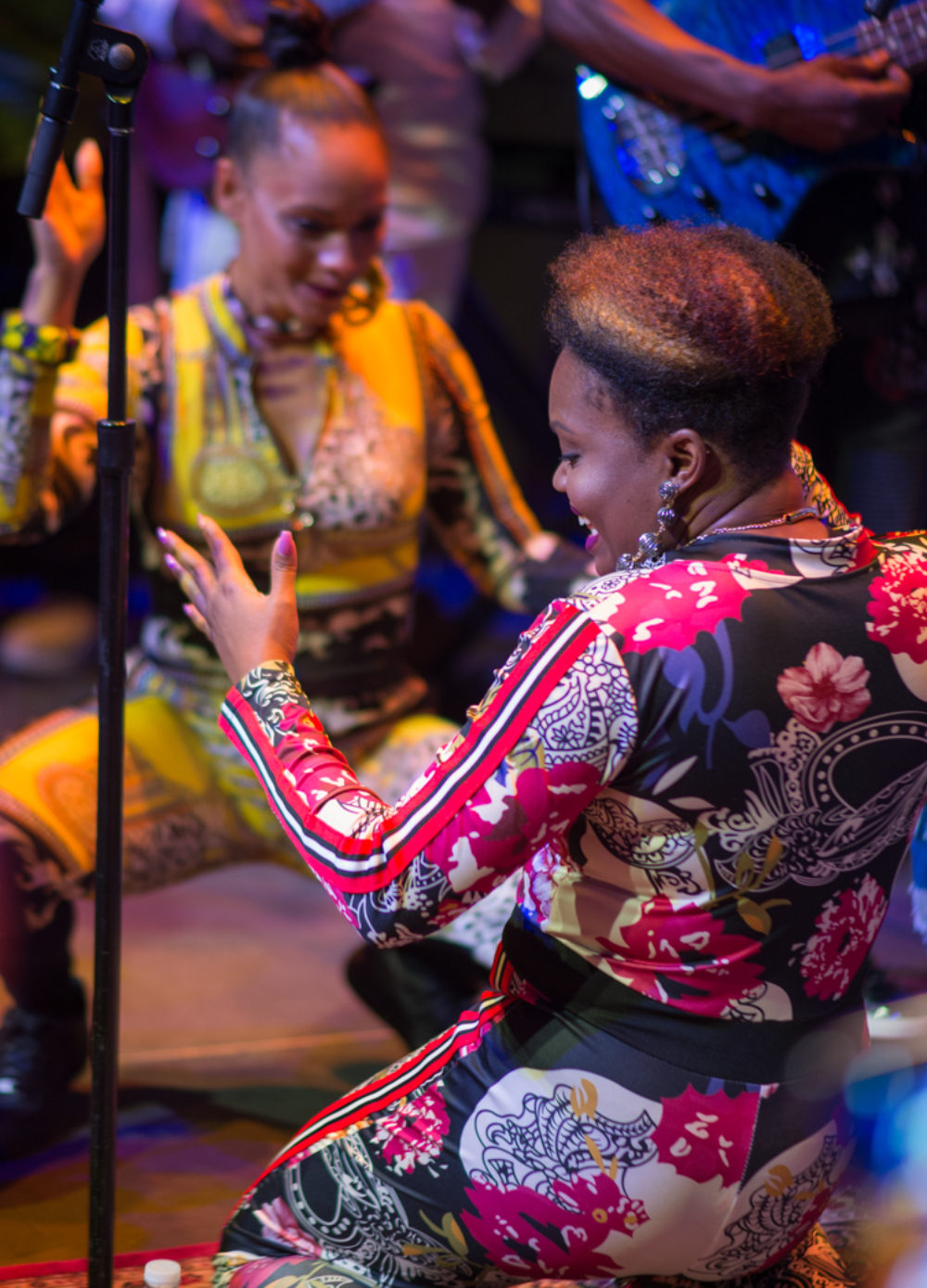 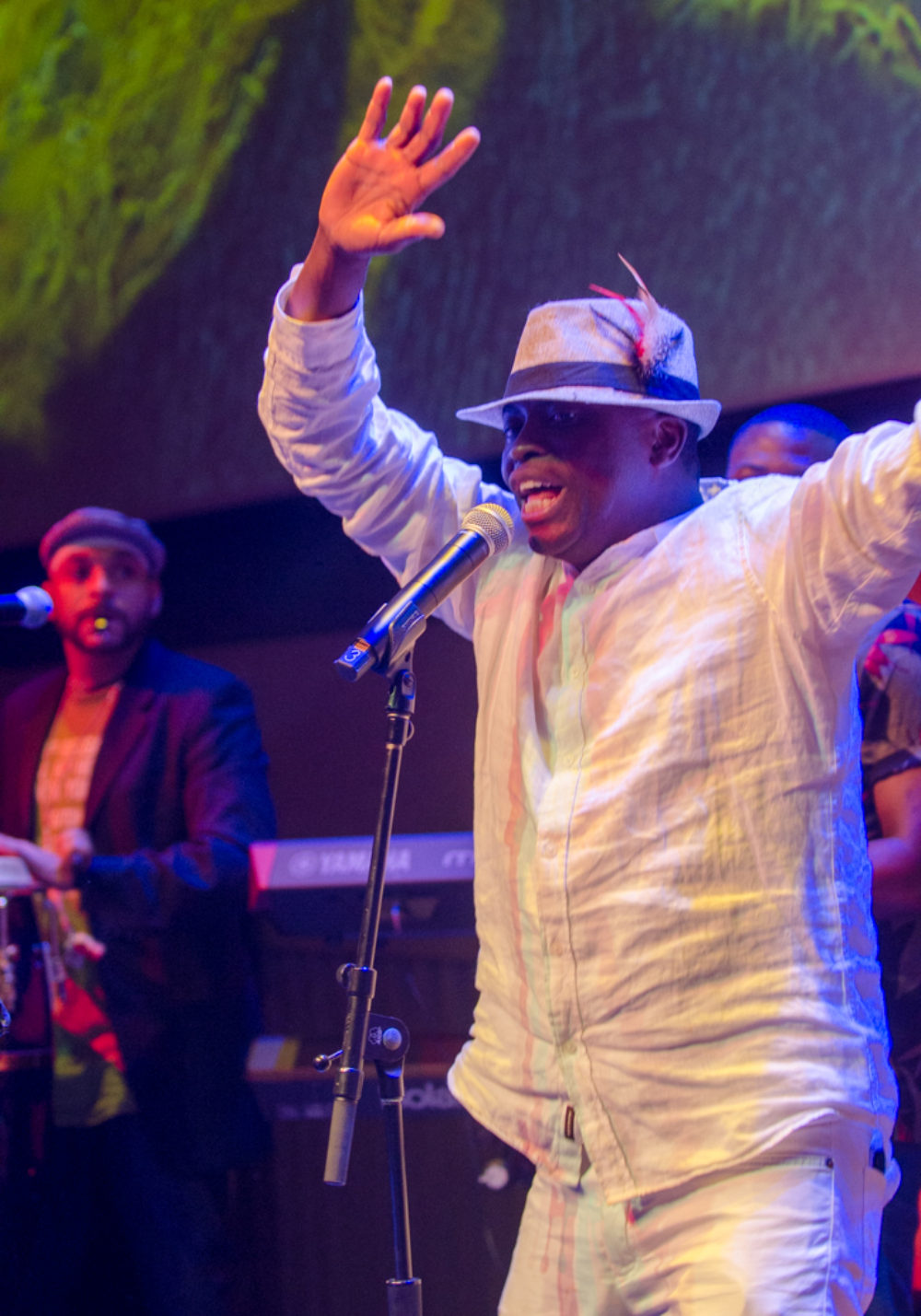 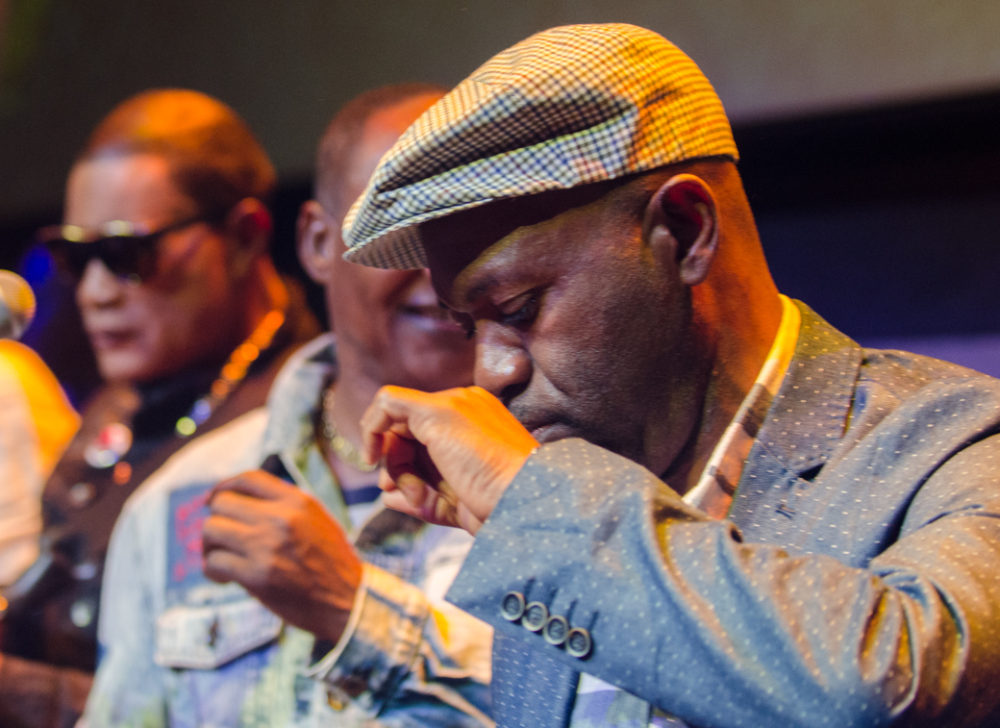 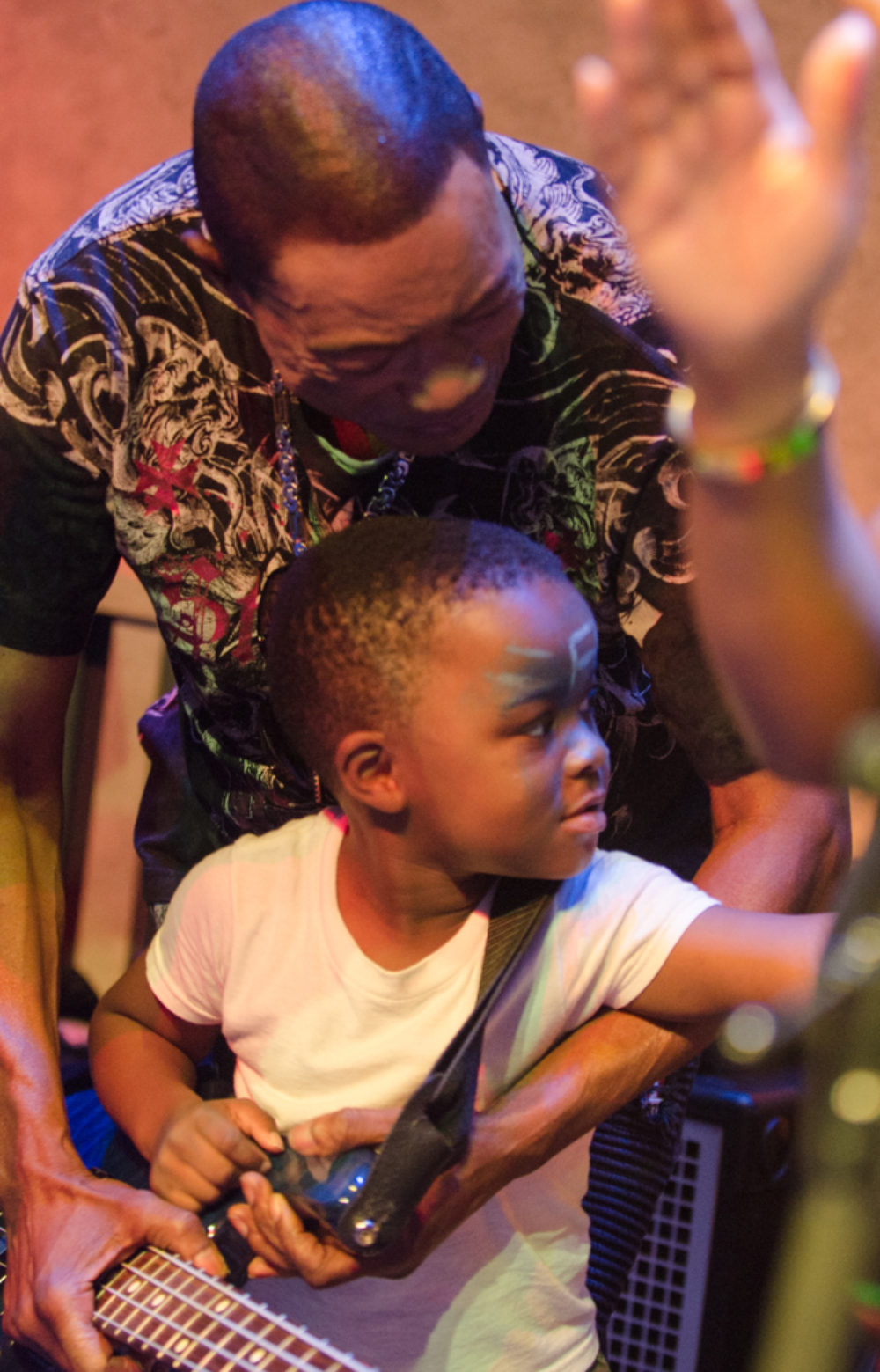 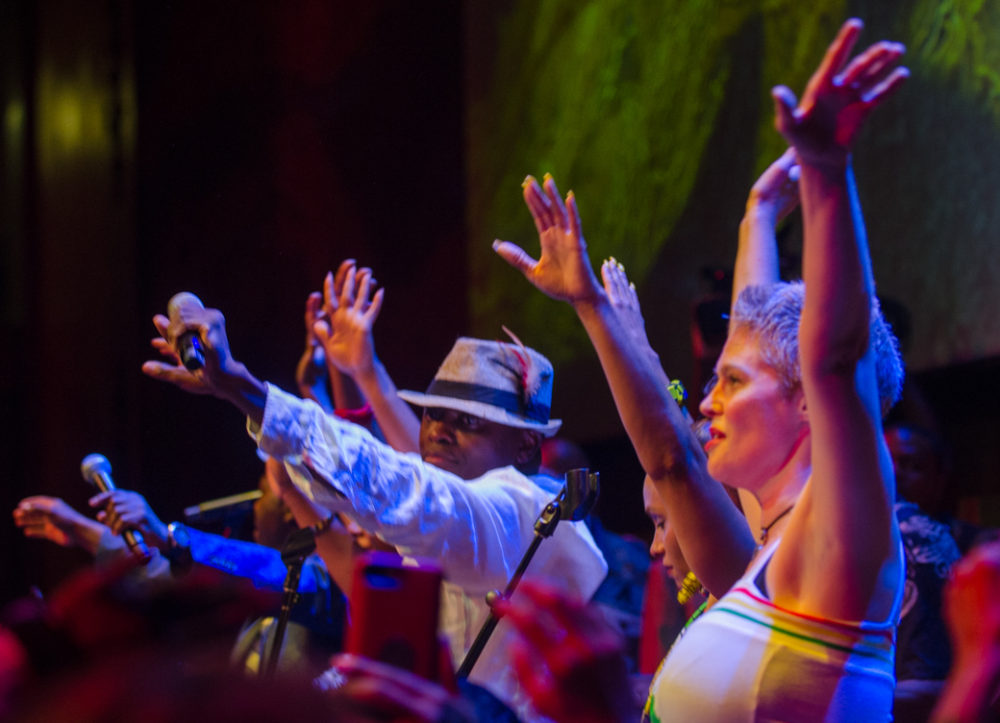 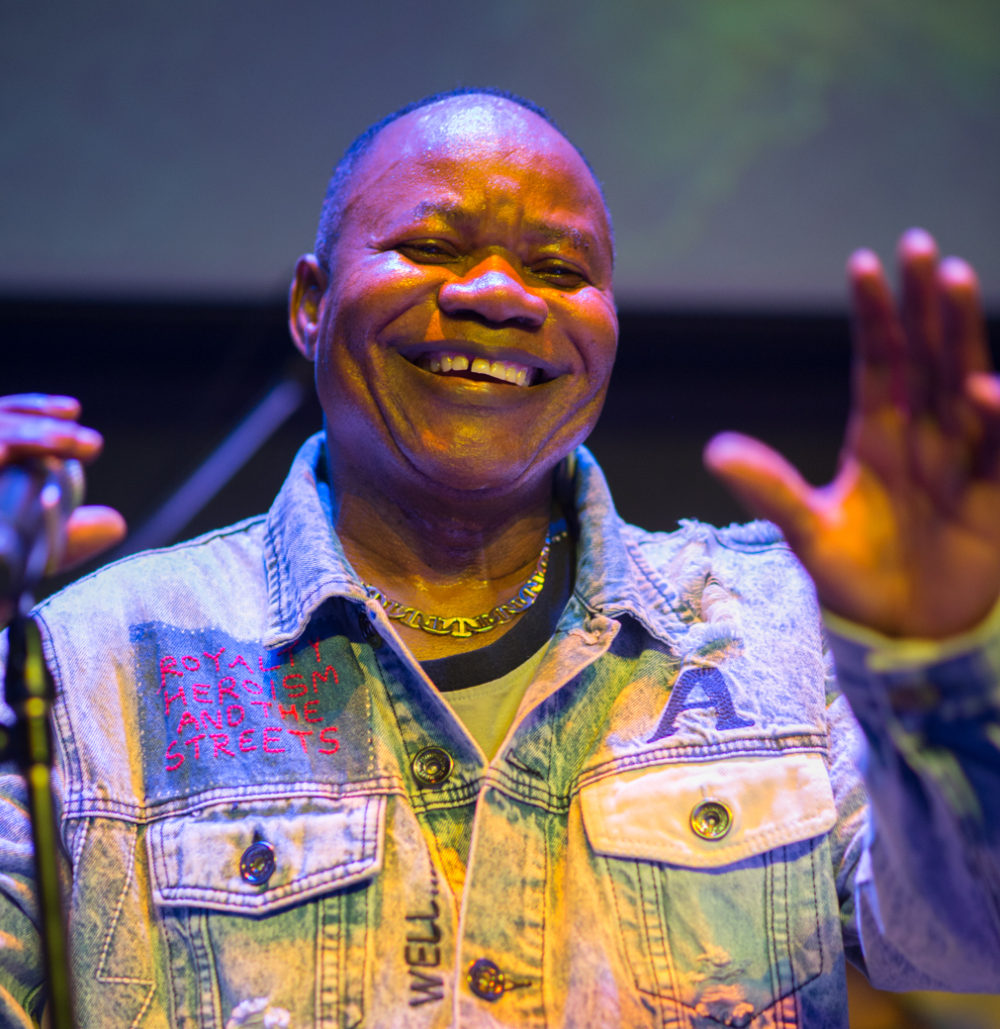 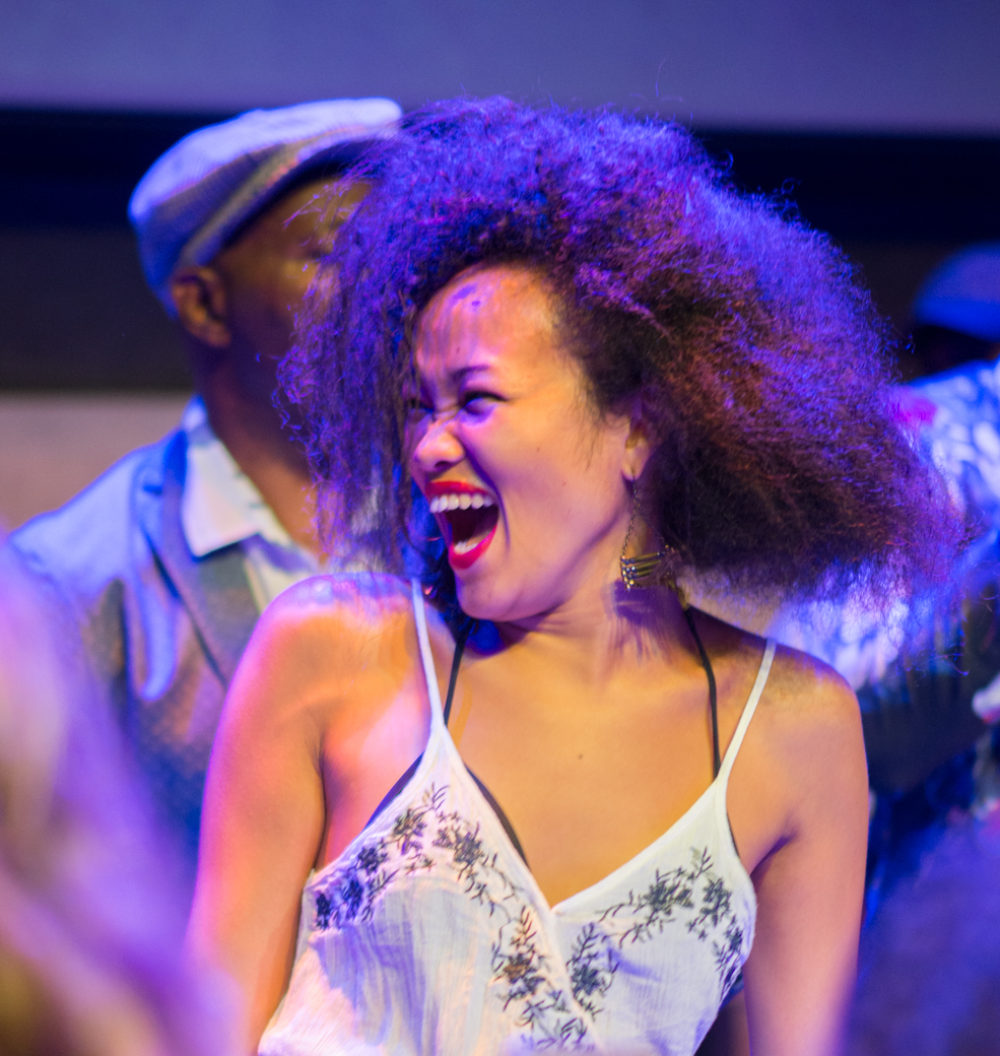 Many came to dance on stage with the artists 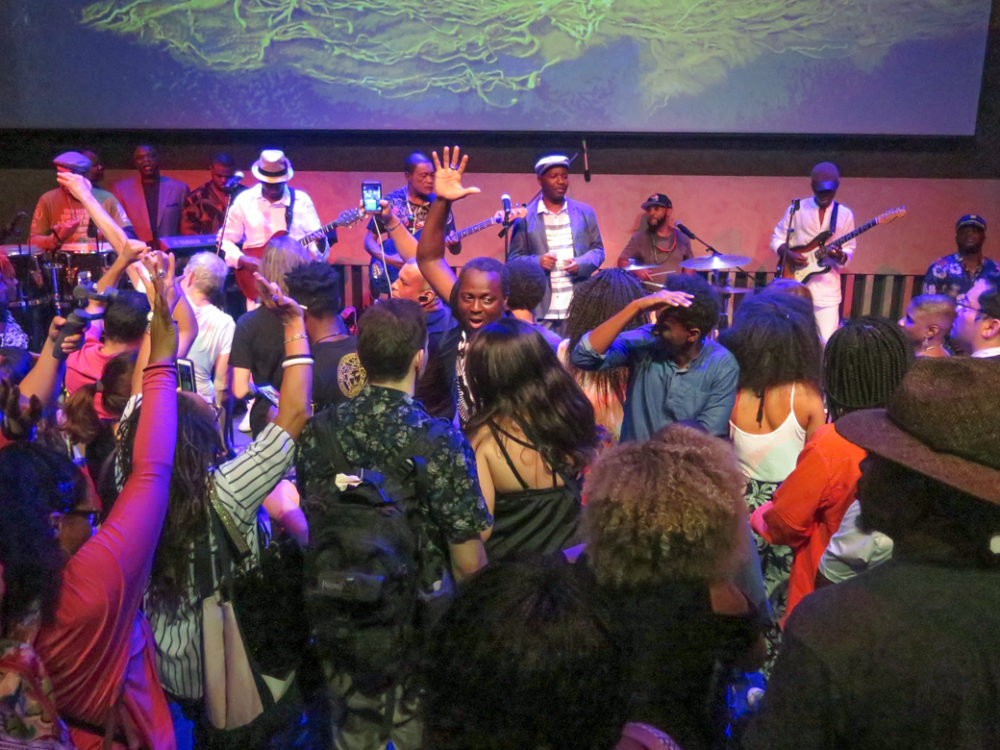 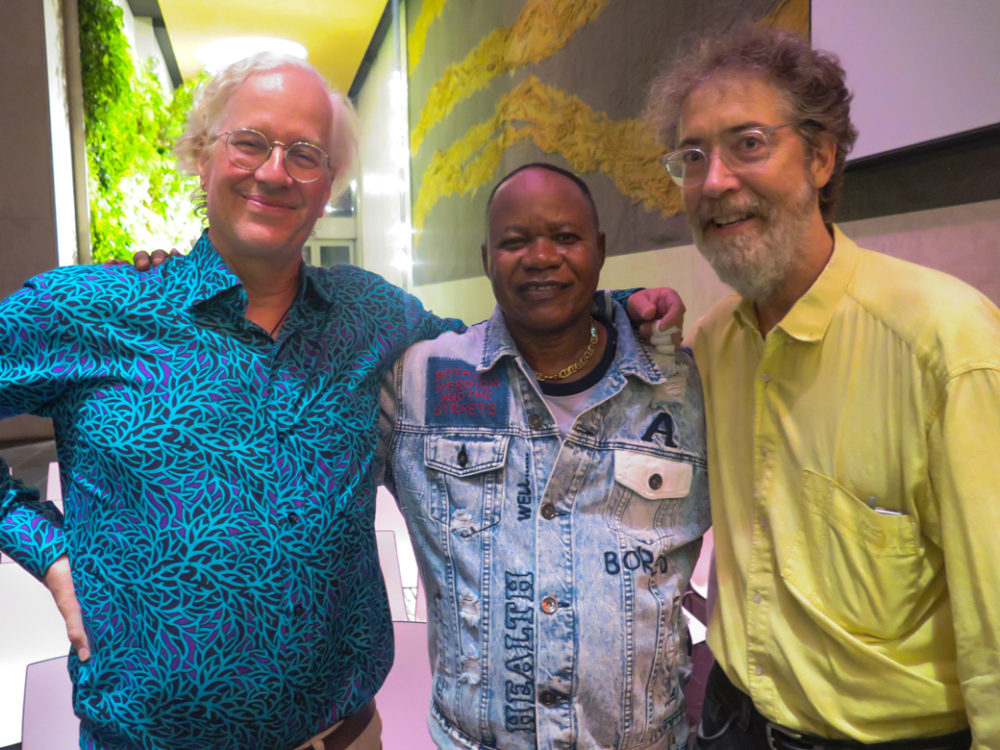