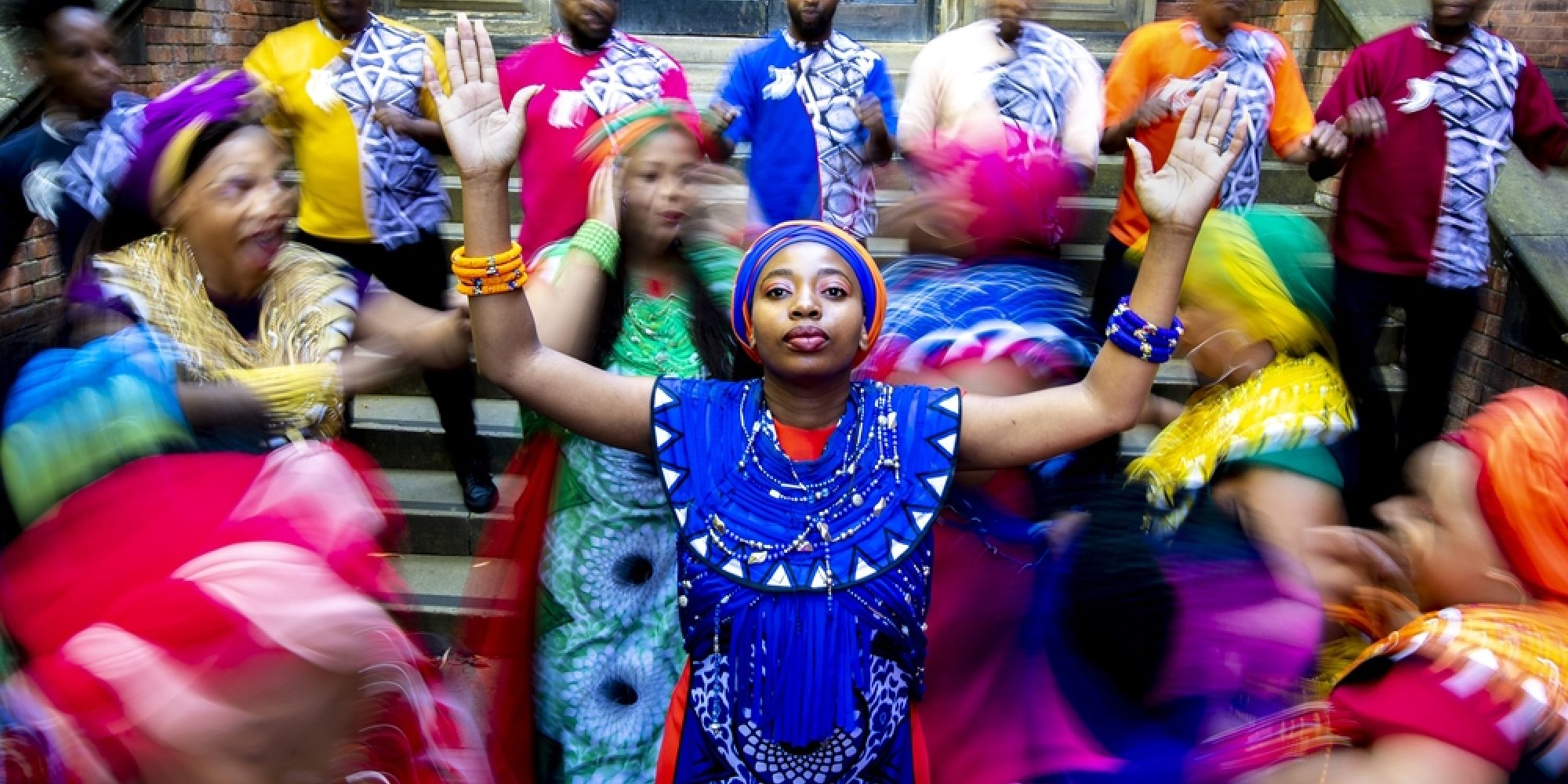 God has wrought many things out of oppression. He has endowed his creatures with the capacity to create and from this capacity has flowed the sweet songs of sorrow and joy that have allowed man to cope with his environment and many different situations.

The Soweto Gospel Choir is bringing back HOPE (Shanachie, 2022), the title of their much anticipated sixth album released Sept. 23 on the eve of a 53-city North American tour. Get ready to be inspired back to your true spiritual self through this uniquely curated album dedicated to recognizing Black lives globally, through songs of struggle from the civil rights movement in the U.S. to the anti-apartheid movement in South Africa and Namibia.

This 13-track album begins with a call and response across time and space, uniting two struggles and includes new arrangements of classics like “Mbayi Mbayi”, the traditional canon made famous by Miriam Makeba and performed with Howard Roberts and Jonas Gwangwa in 1965. Then they crossover into the negro spiritual songbook with “Amen,” popularized by the Impressions in 1964 in the thick of the civil rights movement. Following this they segue into blues singer Bettie Mae Fikes´ timeless tool of resistance, “This Little Light of Mine“ (1964). From jump, the Soweto Gospel Choir has made logical connections between apartheid, in South Africa and Namibia and the system of racist white supremacy in United States, made visible by the public lynching of George Floyd in 2020 which gave birth to the Black Lives Matter movement, which continues to inspire global movements everywhere resisting injustice and oppression, in any form, in every corner of the globe.

HOPE grows on you instantly and like a healing balm, the songs inspire optimism in a troubled world in need of deep healing with their rendition of the Staple Singers’, “I’ll Take You There” and by track four, you realize just how much you needed the Soweto Gospel Choir back in your life. The sixth track “Judgement Day“ and the seventh hip-hop-inflected by soloist/artist Karabo Poppy, “Heaven Help Us All,” the mentorship and sacrifice that has gone into maintaining a 30-person international choir needs recognition. Praises due to gone-but-never-forgotten choir master David Mulalo Mulovhedzi, to whom this album is dedicated. He left us a profound legacy in the Soweto Gospel Choir, keeping the world rooted in the purpose of gospel music—a means to transmute cruelty and pain into triumph of the spirit.

Moving right along, track seven “Bawo Xa Ndalahlekayo,” a traditional song, takes us back to the Zulu roots within the South African gospel genre with the solos of Sibongile Makgathe, Hlamarisa Sidumo and the unmistakable timelessly raspy Thabiso Molefe. By the time you hear the 1988 classic,“The Living Years," made popular by Michael and the Mechanics, composed by Mike Rutherford and B. A. Robertson, you may as well weep for the world: Why? Soweto Gospel Choir´s own choirmaster, Shimmy Jihane, sings a simple, soulful rendition, imploring us gently to embrace social change and transform ourselves before it’s too late. They return to South African struggle and gospel staples “Lishonile Ilanga” in track nine, and track 10 “Sechaba,” made popular by the motion picture Sarafina (1992) composed by Hugh Masekela,“Nkonyane Kandaba,” also made famous in Sarafina, Soweto Gospel Choir is firmly back in its roots.

Finally they delight us with their own renditions of the Sam Cook classic “Change Is Gonna Come“ and “Stand Up“ from the Academy Award-winning motion picture Harriet (2019), written by Cynthia Chinasaokwuo Echeumuna-Erivo and Joshuah Brian Campbell. This new album confirms for me how Black communities globally use and understand music as the switch that turns on our resistance, and like an electric current, it passes within us and to others. These musical vibrations provide everyone around us extraordinary energy to overcome the most obscene of human experiences, by transmuting physical, emotional and spiritual subjugation into hope through every imaginable genre we continue to create.

Founded in Soweto, South Africa, by David Mulovhedzi and Beverly Bryer, and producers Andrew Kay, David Vigo and Cliff Hocking in 2002, the Soweto Gospel Choir has been inspiring millions since their first album Voices From Heaven was released on June 7, 2005 by Shanachie Records which has stood by them every since. HOPE is the whole package, mixing the old and the new, the sweetest memories with the sour ones we would rather forget.

The lasting words left to me by charismatic choir master Shimmy Jiyane as we battled to hear each other as he moved through airports for this interview, is that “everything is possible” and “Both South Africa and America have experienced the same type of segregation and oppression and music was and continues to be a way that the people protest and express opposition. It can express suffering and reach the soul with a message of freedom and hope like nothing else. Through the universal language of music, people are unified globally and they are healed and given hope through the power of songs.”

This is one hope we have no choice but to keep alive.

Afropop Classic May 6, 2020
South African Roots in the 21st Century