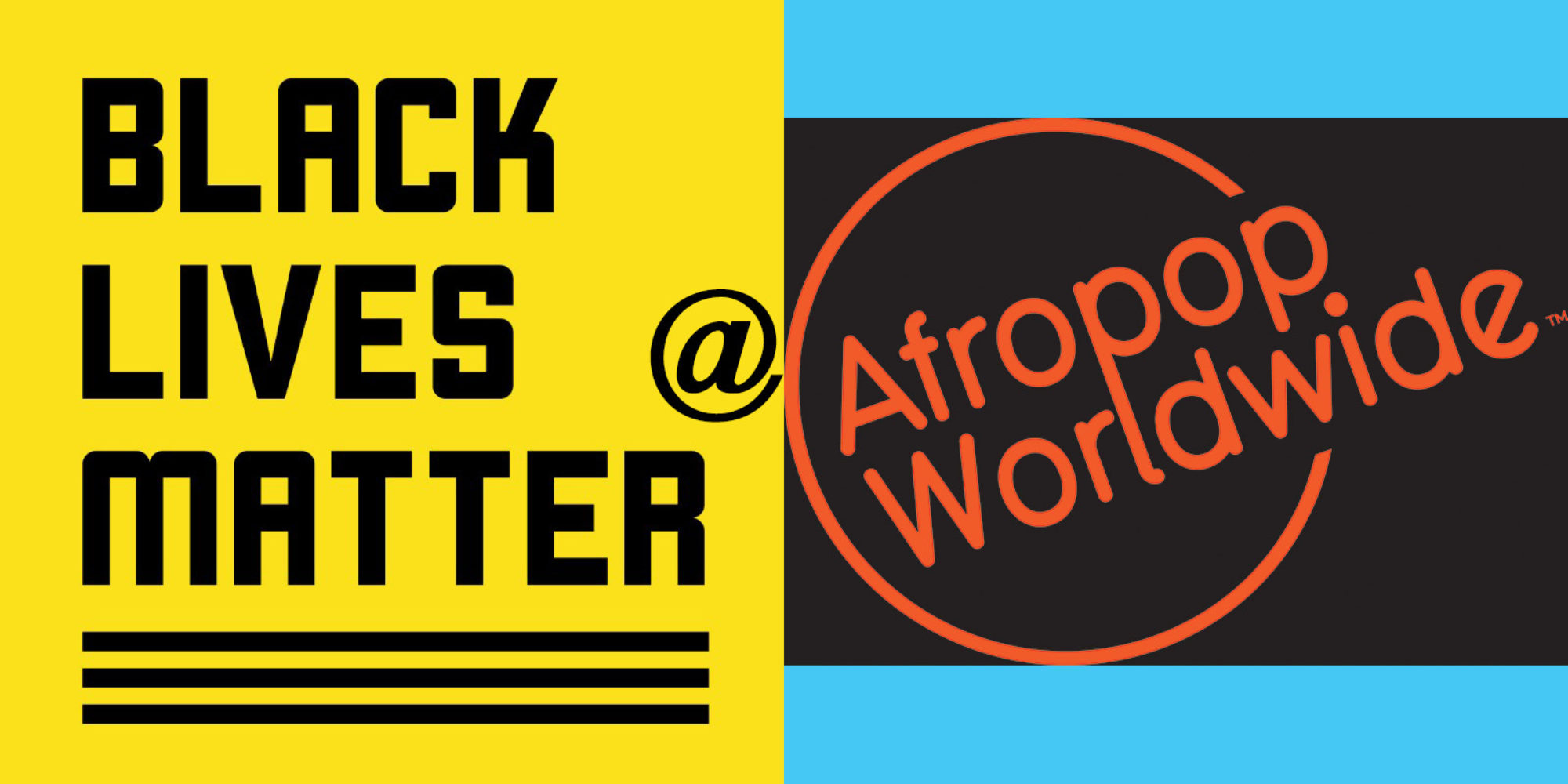 At Afropop Worldwide, we like to say every month is Black History Month. For 33 years, we have researched and presented various aspects of global African history and culture with the idea that experiencing art and contemplating the big sweep of human history can change hearts and minds in a positive way. “Music and stories from our African planet.” You know the drill.

But after a week like we’ve just had, it’s hard not to feel that efforts such as ours have a ways to go. A droplet of light cast into a sea of darkness and, sadly, that droplet is nowhere near as contagious as the damn coronavirus, nor the hatred and passivity stoked by those satisfied with the status quo. The endemic racism of Western societies—and America’s in particular—has once again come to the fore with an on-camera murder of a black man at the hands of white cops. Outrage pours onto city streets with a force and fury we haven’t seen since 1968.

We hear voices declaring that this time, this time, America has had enough. This time will bring about systematic changes to stem the currents of white supremacy that flow through our laws, governance and policing practices leading back to the times of Jim Crow lynchings, human beings sold on auction blocks and wholesale kidnapping in Africa. All these things now feel closer than most of us dared to think. But this time there will be change. This time, hope and rage will rise like a mighty wind and drive out the evil from deep within our historical bones.

Don’t get me wrong. It is heartening to see such a broad spectrum of Americans, even world citizens, peacefully demanding change. Still, the cynic in me says we’ve seen this movie before, and the ending is always the same—a lot of talk, very little action. And then the next killing. The roots of white supremacy in this country run deep indeed.

Locked down in small-town Connecticut, I have been surreally distanced from the dramatic events unfolding in our cities. I’ve spent much of the week immersed in the gory and heartbreaking history of the Congo for an educational project I’m on deadline to complete. It’s a weird escape, from a horrible present into an even more horrible past. And I emerge with the question: what should I do? What can I do? Here I sit, writing, and yet, nothing I can say seems particularly important or helpful. As a polite, liberal, middle-class white man, I feel both obligated and impotent, driven to raise my voice but with nothing new to say. It’s all been said, and said, and said.

I heard a senator on the news the other night boasting about how current economic policies have lifted all boats, and about the triumph of criminal justice reform. Honestly, it is an embarrassing time to be white in America. The distance between that senator’s tepid self-congratulations and the reality in the Floyd household in Minneapolis makes the Grand Canyon look like a paper cut. How on earth to bridge such a divide? I’d love to sit that senator down and make him listen to the complete works of Fela Kuti, or contemplate the life of Frederick Douglass, or feel what it’s like to have your neck ground between a grown man’s knee and the pavement or… you fill in the blank. It might satisfy momentarily. But then what?

Would it help if every American understood that between 1500 and 1840, “for every European who came to the Americas, three Africans made the trip”? [I’m quoting Charles C. Mann from the book 1493: Uncovering the New World Columbus Created, a very good read.] Or to know that in that same time period, Africans were the majority everywhere in the Americas that Native Americans were not? The Americas we know were substantially established by Africans, from the draining of swamps and clearing of forests to the forging of agriculture, infrastructure and industry. And they’ve mostly gotten little more than a kick in the teeth—or worse—for their efforts ever since. When people say this country was built on the backs of black people, it’s no exaggeration. But how to make people connect the dots between that history and the fates of Trayvon Martin, Ahmaud Arbery, George Floyd and Breonna Taylor? Let alone understand how the art of Fela Kuti, Thomas Mapfumo, Angelique Kidjo and Burna Boy relate to the global struggle for black empowerment and racial justice?

Words and images from this week: “If you see it, you own it.” “If you’re silent, you’re on the side of the oppressor.” “This time is different.” “We’re at an inflection point.” “Keep making it uncomfortable for the status quo.” And of course, "Get your knee of our necks!" Santa Cruz police chief Andrew Mills taking the knee with protestors. James Mattis finally telling us what he really thinks about his former boss. Republican senators silent or mumbling as reporters inquire about our president teargassing peaceful protesters so he could manhandle an upside-down bible in front of a church and a camera.

Isn't it interesting that the same crowd that applauds anti-government militia guys wielding AK47s in public now considers peaceable Americans raising their voices against 400 years of systematic injustice to be intolerable and a cause for military intervention and deployment of secret police? Give me a f---ing break!

I can get angry too. But somehow, coming from a polite, liberal, middle-class white man, anger rings pretty hollow, even seems a bit ridiculous. At heart I’m a pacifist who loves discussion and debate and hates argument and fighting. That’s one reason I’ve always felt that the work we do at Afropop is more constructive than hurtling shade on the powers that be. That said, I think that all of us at Afropop are feeling the need to up our game, to find new ways to help Americans connect the dots that have led us to this moment.

Over the years, I have encountered people who think I have no business writing about Africa and African-America, or playing African music, or opining on any matters of African global culture and history, and that any dollar I might earn in those ways is somehow tainted or corrupt. Blood money. I listen, I consider, like the polite, liberal, middle-class white man I am. But I don’t buy it. How can I? This is what my heart and head compel me to do. We are all Americans and all in this together, and as impotent as I may feel right now, I have to believe that what we do at Afropop--amplifying the voices of engaged African and diaspora artists--can make a difference in the long run.

In the end, I take comfort in the smallness of humanity in the eyes of the universe, and my even smaller smallness within that. We do what we can do, and when it’s over, we are gone, leaving behind what we can until the earth inevitably dissolves into nothingness. 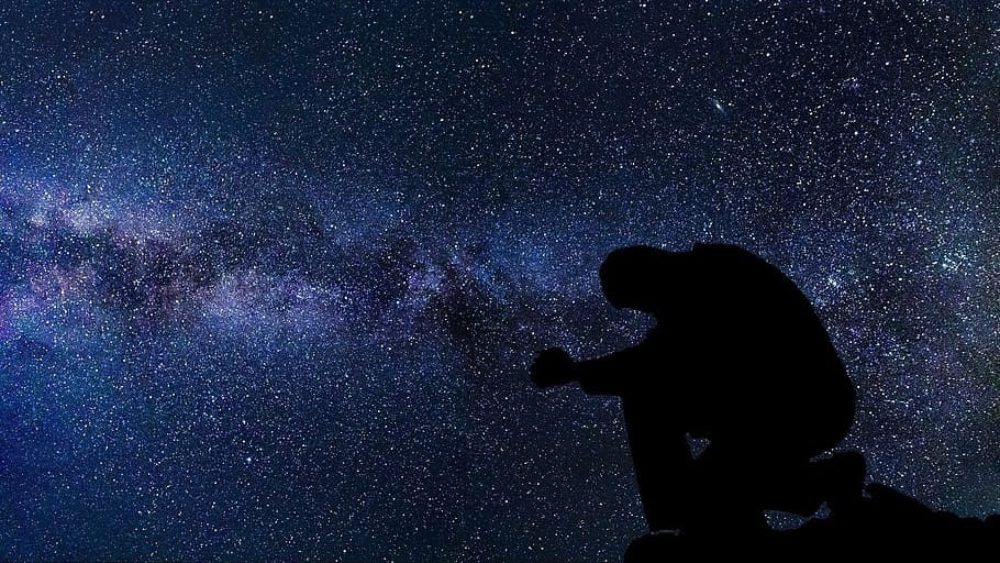 Oh boy. When it gets to that point, I know I’ve reached the limits of useful thought. So we come back to reality and the present of 2020 America and how this time is going to be different. So we take to the streets. We raise our voices. We write opinion pieces. Or we cower in uncertainty. But, whatever else happens, there is one thing we can all do in this confounding moment. We can follow the advice of Barack Obama and Terrence Floyd, George’s brother, and encourage all within our reach to do the same. We can't repair the wrongs of our bloody history in one fell swoop--this time or any time. But we can start to bend the arc of the universe toward justice, in the words of Dr. King.

This time, this year, we can VOTE!