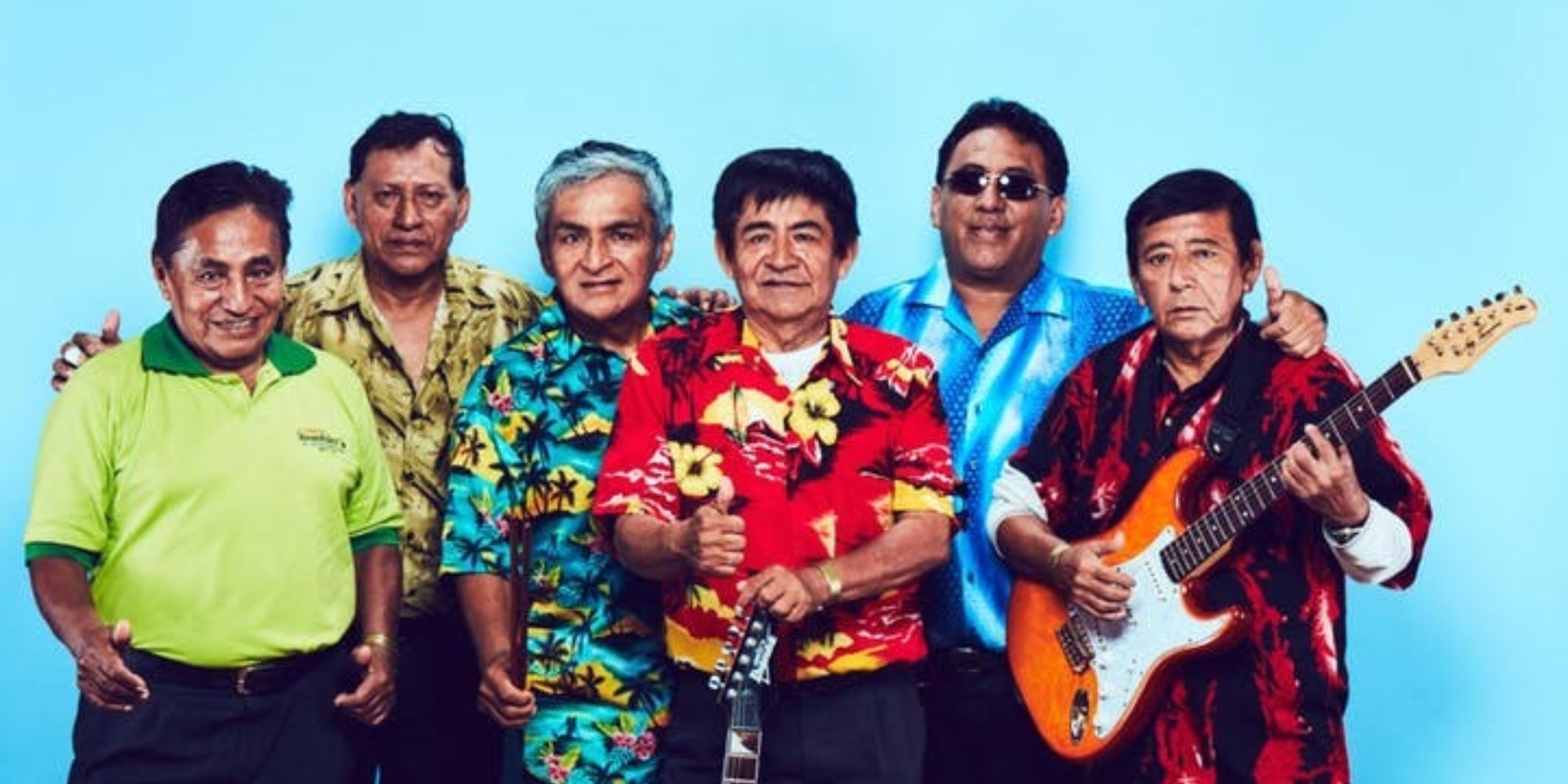 Formed in the late '60s in the large but isolated Peruvian city of Iquitos, by a shoemaker named Solomon Sanchez and his five sons, Los Wembler's de Iquitos are on a comeback tour—stopping in New York on Sept. 23—in support of a great comeback LP, Vision de Ayahuasca, released this year on Barbès Records.

Their sound is largely unchanged from their streak of releasing some three albums a year during the '70s, but there are gratifying moments where the group takes advantage of an audience whose tolerance for dissonance and roughness has been expanded, as you hear from “Lamento Selvatico,” with whistles that disregard the key, and the spiraling dub delay that engulfs the lead guitar line.

The early Los Wembler's, like one hears on those Barbés Roots of Chicha compilations, were enthralled by pandilla, carimbó, cumbia and psychedelic American and British rock on the radio. As much as the band is true to its old sound, here in their late career revival, it appears the band has opened its ears to more outre reference points from the Caribbean—think big ol' tape delays decaying—and a looser vibe.

The title track, “Vision del Ayahuasca,” is psychedelic, a little nauseous, messy and euphoric—from what I've heard, a lot like an ayuascha trip.

Even on the tracks that skew closest to their classic sound, the group sounds like it has grown. The lead singer's voice has aged and relaxed. On “No Me Vuelvo a Enamorar,” he sounds like he's having a genuinely delightful time and the condition is contagious. There's something beautiful about a really structured musical genre executed with delight. The guitar interludes come in on time, right when you want them, and they come in bright and broad, as if drawn in with highlighters.

“Un Amor Que Se Va” opens with a melodic line so potent it sounds like it's pulled from a beloved Ennio Morricone soundtrack, even if the title sounds as if it is an old bachata tune.

True to themselves, Los Wembler's have released another album of enough memorable guitar licks to fill a career—now 50 years into theirs, it doesn't sound like there's any reason to stop now.

Hip Deep July 11, 2019
The Cumbia Diaspora: From Colombia to the World