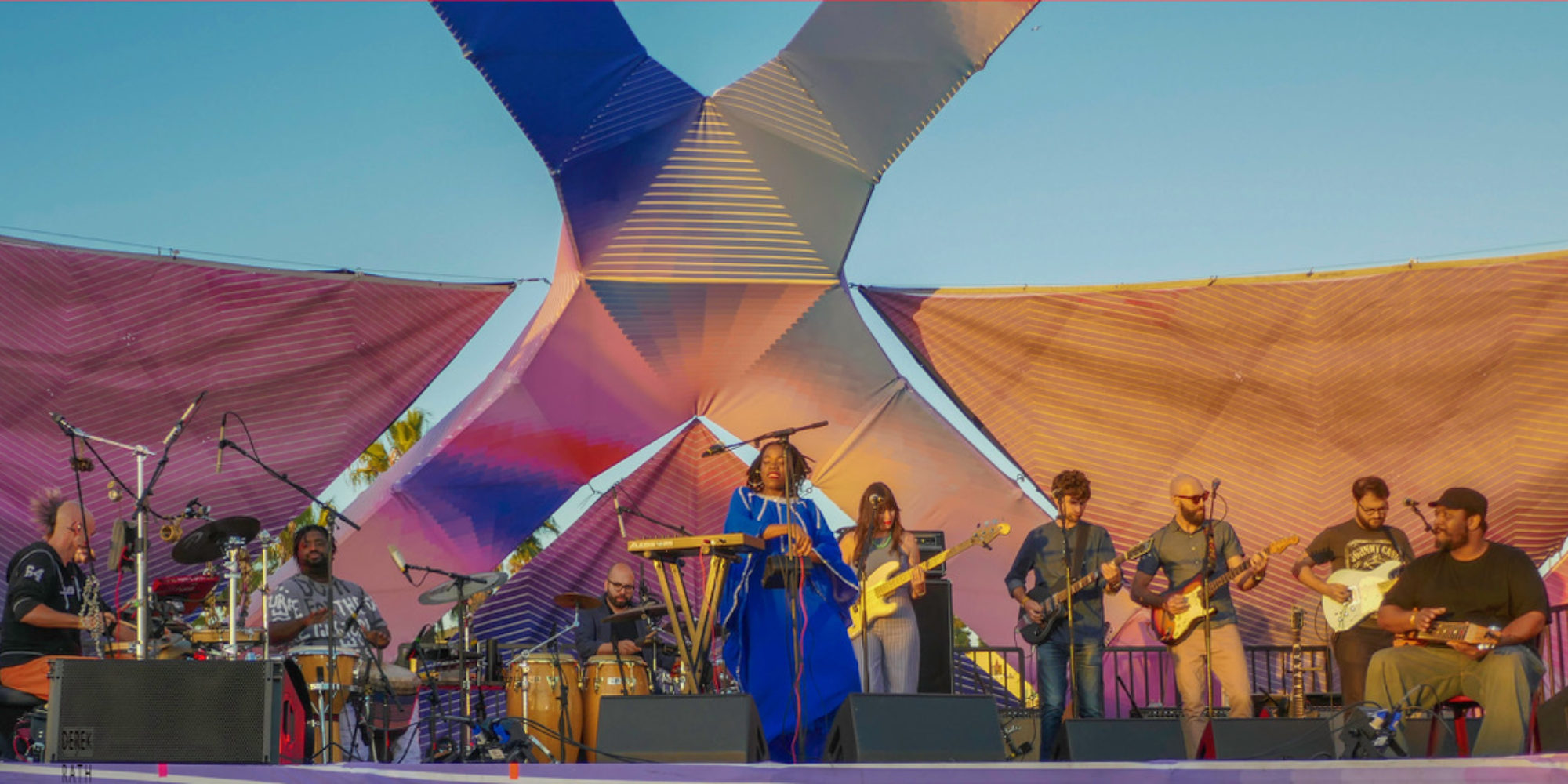 Of all the priceless things that have been extracted from Africa, music is surely the most prized and most influential of them all. Diamonds and gold may have monetary value but when it comes to the shaping of cultures and the ability to express the emotional content of all our lives, then surely the music of Africa, extricated with slavery across the Atlantic Ocean, is the ultimate shining stone in the crown.

And like ripples on a pond the energy inevitably bounces back from distant shores to the source. What Heat, newly released on Real World Records by the band Bokante and the Metropole Orkest, is a classic example of this, and it returns with gifts abundant.

Bokante means “exchange” in the Creole vernacular of Guadeloupe, a Caribbean island in the French Antilles which, as a major recipient of the slave trade, is an important part of the African diaspora. It is also the birthplace of lead singer Malika Tirolien. Apart from her soaring vocals Marika is also responsible for lyrics that are both poetic expression and blunt instrument. The opening lines of “Reparasyons” (Reparations) are a great example.

My name is Africa

I am here tonight

To claim what I’m owed

No use pretending you did not hear me

You’ve held my wealth for ages

And it’s time you return it

I harbor no anger

My heart is true

No need to talk

Just give it to me now

So my house may be rebuilt

All the songs are sung in Creole, but translations are included in the liner notes and well worth the read, for they are the literary arm of a very powerful endeavor. Bokante is an eight-piece collective of super talent garnered from five countries on four continents, with the intent of not only sharing their combined musical wealth but challenging the many geo/social/political problems in today’s world. It is a jazz- and percussion-laden ensemble with full world music and rock credentials. This is not surprising, as it is the brainchild of Michael League, the mastermind behind the Grammy-winning outfit known as Snarky Puppy (get past the name, watch them on YouTube performing with the likes of Salif Keita and Susana Baca). This group has played with the best and biggest stars.

Adding to the creative stew is the Metropole Orkest, bringing the resonance of European classical music into the pot. However, they are not your average symphony orchestra—think more the Kronos Quartet on steroids, F44 strong players who have played in every music genre imaginable.

This could obviously end up as a murky mess congealed to the pan bottom. Luckily we are in the hands of three master chefs: Michael League, Malika Tirolean and  orchestra conductor Jules Buckley, who shares arrangement credits with League. These arrangements help bring clarity and purpose to what is obviously a very crowded field (there are 11 sections in Metropole alone). The balance between them, the members of Bokante and Tirolean’s lead vocals and amazing chorus lines are distinct, which is much needed given the complexity of lyrical and ensemble dexterity.

So where does Africa fit in all this? For starters everything is heavily percussion driven, not just overtly African but also that of Cuba,  Brazil, Haiti, South America and the Caribbean in general. It is the driving force. But there are many traditional and melodic elements at play as well. What is added is jazz-rock swagger, and that opens the door to some extraordinary improvisation. The Metropole string parts bring a truly cinematic quality—not in a tired John Williams kind of way but with turn-on-a-dime inventive drama that would give you whiplash if this was a virtual reality game.

But this is not virtual, it is real, emotionally charged creativity at full tilt. Tracks like “Don’t Do It” and “Fanm” (The Woman) are as intense as anything you will hear in any music genre today, echoed again in the searing lyrics. “Maison En Feu” (House on Fire) is the inspiration for the album cover of What Heat, expressing the image of a man apathetically and metaphorically watching his own house burning down as a parable for the times.

If  Duke Ellington, Angelique Kidjo, Weather Report and Peter Gabriel (Real World label founder) got together, I doubt whether they could have improved on What Heat one iota. Lyrically and musically it is a life-affirming shot of adrenalin that brings in the music of Africa as an equal partner (perhaps more than) in a sonically raised fist for humanity in the face of oppression and injustice, not just in Africa but society at large.