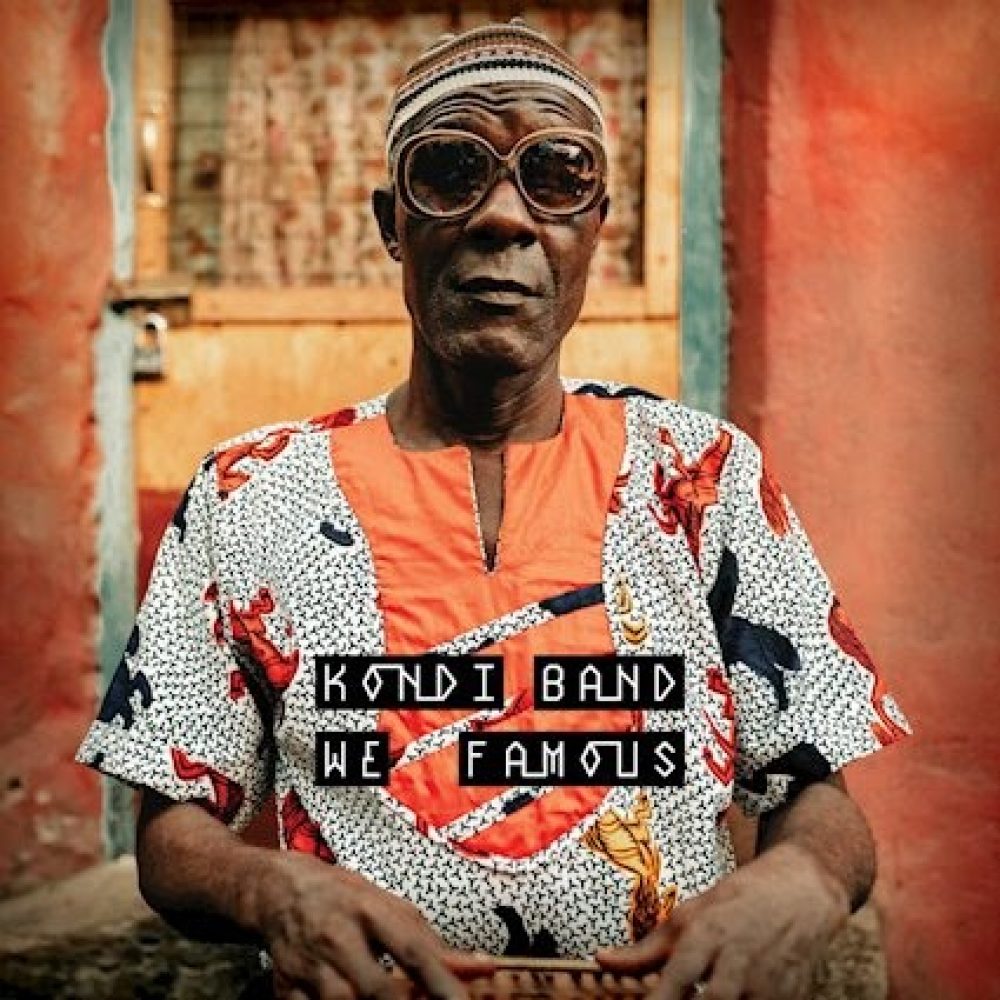 Out today on Strut Records, Kondi Band finds, or maybe forges, the link between hand-hewn folk music and modern electronic music. Led by Sierra Leone’s Sorie Kondi playing a custom-build 15-pin lamellophone called the “kondi,” the band is a collaboration with producers Chief Boima and Will LV, based in Los Angeles and London respectively. But Kondi (the man) and kondi (the instrument) are unmistakably the star of Kondi (the band). The modern production is always graciously at service to Kondi’s beautiful voice, and rhythmic playing.

Right from the get-go, the album’s parameters are laid out. In contrast to, say, Konono No.1, the kondi is presented with crystal clarity—it’s a bigger, airy sound. The electronics sizzle and hiss, but don’t overwhelm. By the end of the second track, “Nor Follow Sweetness,” the kondi is swirling in a light phaser effect, and synthpads tastefully bounce off it in counterpoint. Bass, drums—the electronics are the band.

Kondi’s road to this release has been anything but easy. Born blind in Freetown, Sierra Leone, he never had a formal education, but he started writing his own songs and playing a modified kondi dating back to 1977. Just as he was finishing recording his first album in 1998, the Sierra Leone civil war overwhelmed Freetown. Most of Freetown fled the city, while Kondi was left to hide in his home as the city around him was looted and burned. His master tapes were lost, and his producer had gone home to Ghana. After eight years as a performer, Kondi got a chance to record again, this time at a studio with the American engineer Luke Wassermann. The album, No Money No Family, was released both in Sierra Leone and the United States. It was through this album, uploaded on YouTube, that Chief Boima found Kondi.

“I was initially drawn to it in terms of the social commentary of it, and the virtuosity of his playing, and really pride in it being something uniquely Sierra Leonean," Boima, whose family has Sierra Leonian roots, told Afropop's Morgan Greenstreet in 2017.

The remix made the rounds and led to a Kickstarter to bring Kondi to America for the first time, and the Kondi Band was formed. The first Kondi Band album, Salone, was released by Strut in 2016, and Will LV came into the fold during the group’s 2017 European tour.

The group is a rebuff to folk purists and an invitation to think beyond tired notions of “authenticity.” The individual artists’ personality and innovations can be overlooked in a rush to make the release representative or shorthand for a country or musical style, but the Kondi Band is the work of these artists. Thus its style is durable enough to incorporate dub inflections, funk basslines, and guest spots, like fellow Sierra Leonian singer-songwriter Mariama Jalloh on “She Doesn’t Love You,” the album's first single.

The Kondi Band doesn’t sound like much else out there, but its easy to imagine people are going to want to sound like them.

Blog May 25, 2017
From Freetown to the World: Producer Chief Boima and the Kondi Band

Reviews October 18, 2012
Songs in the Mind: An Interview with Sorie Kondi