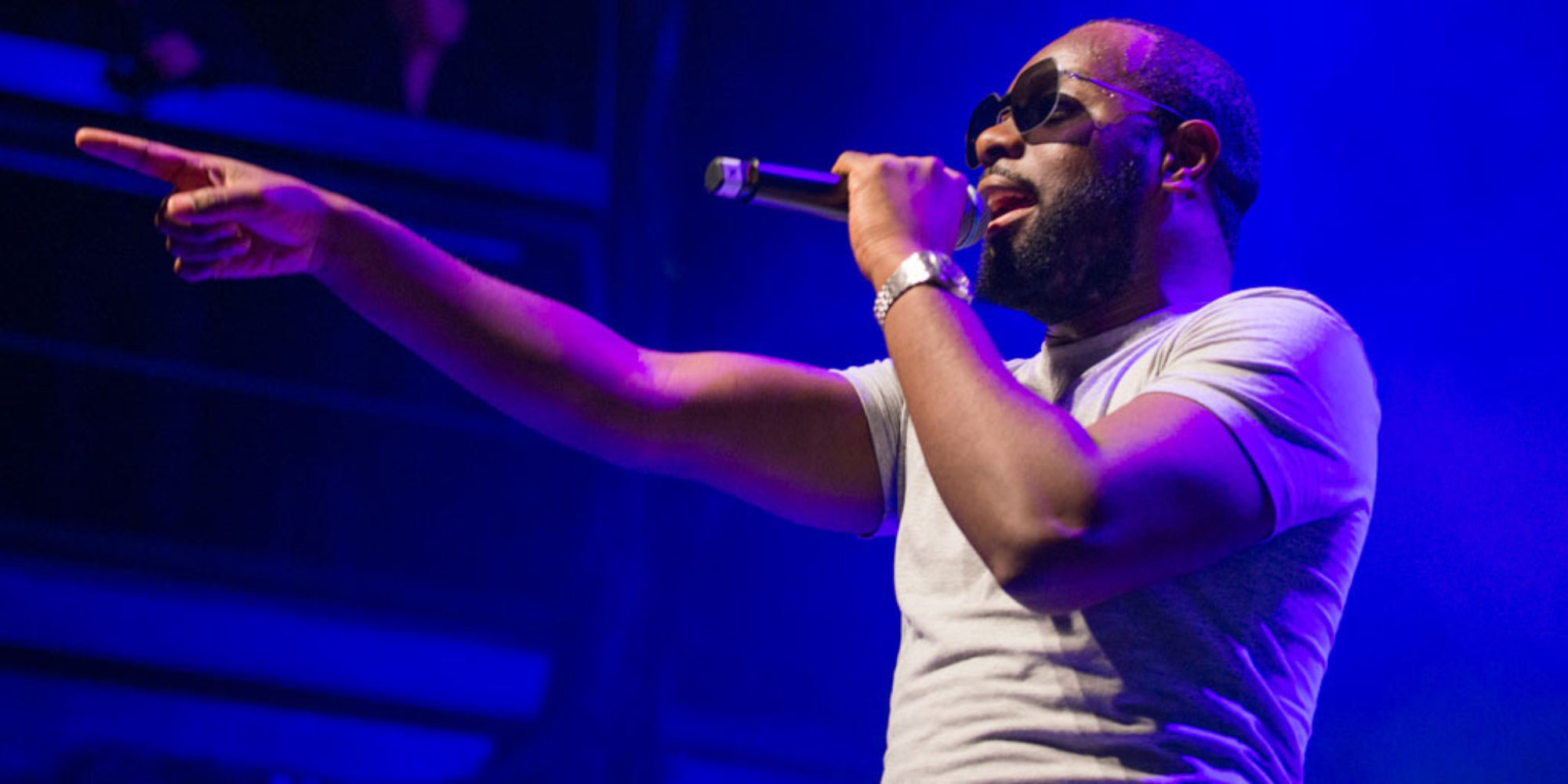 Fresh Eyre is a new feature on Afropop.org. in which longtime producer, writer, photographer and musician Banning Eyre offers a more personal take on his 30-plus years immersed in African-related music. His first column takes him back to the place where it all began, Congo!

The first place I ever breathed African air was the mad crazy city of Kinshasa in then-Zaire back in December, 1988. Sean Barlow and I bypassed the relative comfort of Belgian-built downtown and riverside hotels and opted to stay in Matonge, the 24-7 music hub of the city. After rejecting one hotel because it was home to quite a number of rats, we wound up in a room above the Vis a Vis club where then-rising Wenge Musica was in residence, playing routinely until near sunrise on weekend nights. We immediately found ourselves thoroughly immersed in some of the most alluring guitar-driven music I had ever heard. Over a week or so, we took in a succession of performances by Choc Stars, Zaiko Langa Langa, Kofi Olomide, Pepe Kalle and many lesser-known but quite excellent Congolese dance combos. 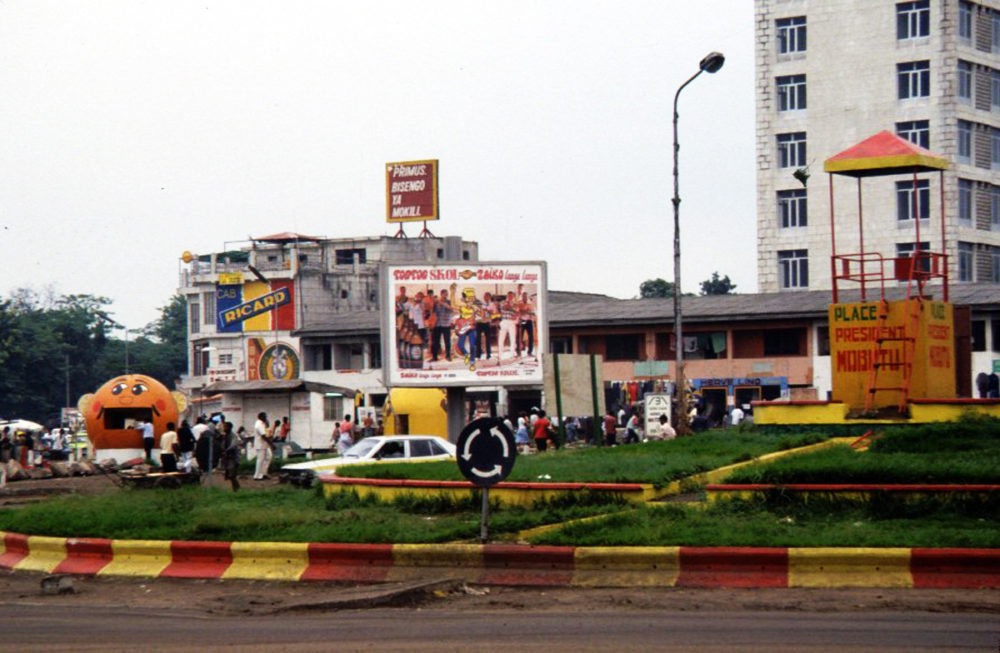 Matonge felt like a neighborhood, a poor one, but with soul. It was full of street hustles, dubious aromas, impossibly decaying yellow taxis and non-stop Congolese music. The city beyond Matonge was largely baffling to me. There was the dilapidated downtown, a number of forbidding ugly government buildings within which we waited interminable hours in a vain effort to get permission to take photographs on the street (a dangerous undertaking in those days), or to confer with buttoned-up media professionals with shows on state-run radio and television. Beyond that, the city was an endless expanse of unmarked roads weaving through one residential zone after another. It seemed impossible to know one’s way around, and we experienced a number of very long taxi rides through those nameless streets seeking interviews with artists, most memorably the great Papa Wemba, whom we sought valiantly over many days, but never found at home, even though his teenage brother was assisting us as best he could.

Wemba (who died tragically on stage in Abidjan in 2016) became something of an obsession for me, mostly because the sound of his voice raised—and still raises—the hairs on the back of my neck as few things can. Sean and I finally interviewed Wemba in a Boston hotel room when he replaced Franco and TPOK Jazz on the U.S. leg of 1988’s Africa Oye tour. Wemba was an interesting choice for Africa Oye. Most of the music in that traveling show was folkloric. The concluding set by this electrifying contemporary pop artist was aimed at bringing things up to date. Audiences unfamiliar with Congolese music may have had trouble making the leap, but for me, it was ecstatic, the first of many shots of the Kinshasa sound live in America with which we would be blessed all throughout the 1990s. 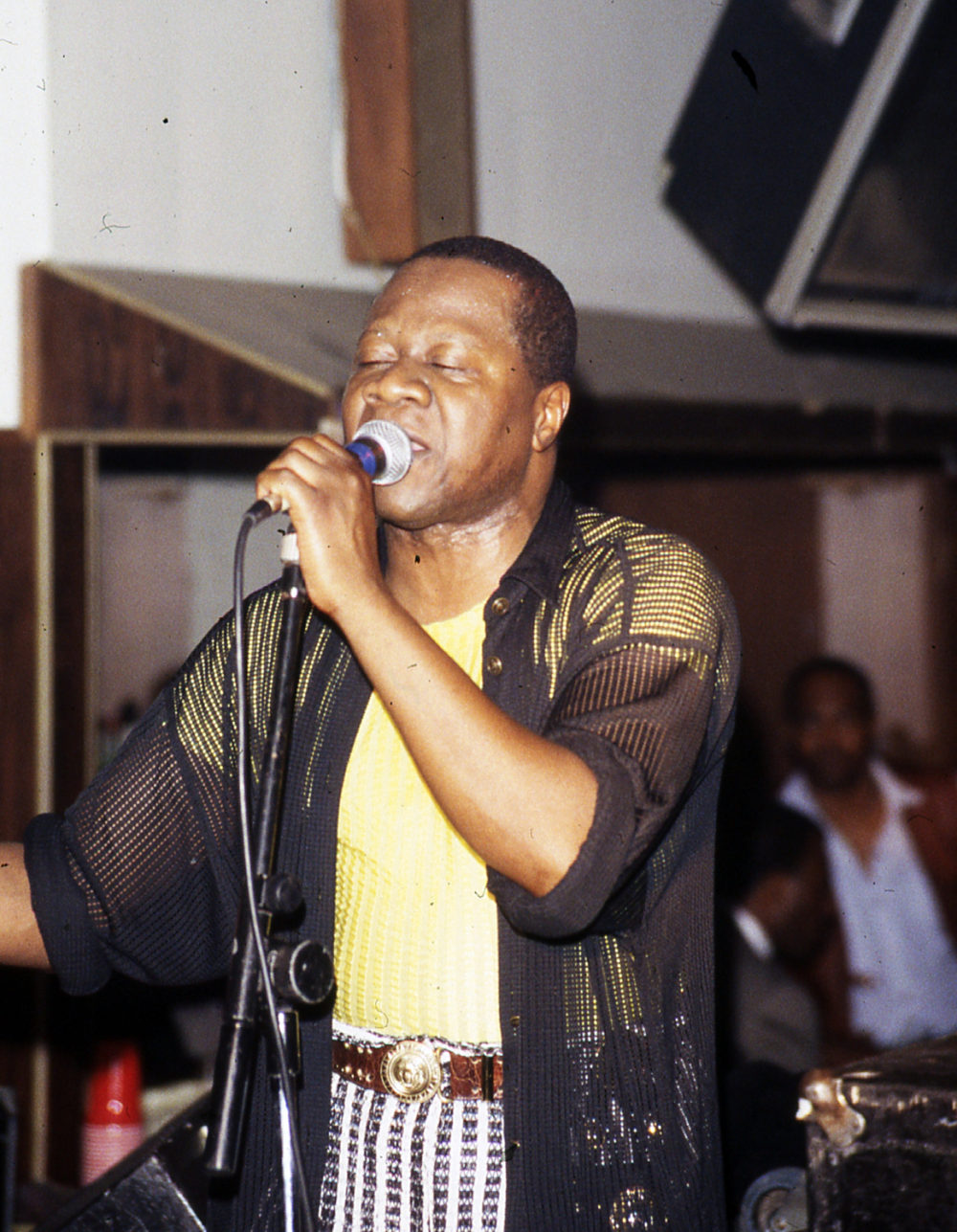 I got to know Wemba a little. He once tasked me with buying some khaki slacks for him at The Gap in New York. He may have been a sapeur—a member of the "Society of Ambiance-Makers and Elegant People"—but he also had a common touch. On concert stages, we mostly saw variations on his compact and versatile European band. But in 1998 in Harare, I got to see a full-on show by Viva la Musica, the sprawling Kinshasa-based outfit Wemba led in parallel throughout his career. Here were some 25 musicians, singers and dancers on stage, dazzling a delighted Zimbabwean public with an exuberant human spectacle.

That was the image I held in my mind as I attended my first Maitre Gims show at Terminal 5 in New York on Nov. 8. I knew of his 2015 hit “Sape Comme Jamais” (something like “dress to the nines as never before”) and kind of expected a display of fine sapeur fashion and subtly sexy Congolese dancing, however far-flung the music. What I actually saw on stage was light years away from a Viva la Musica extravaganza.

After much buildup, during which some six or seven “special guests” had their moment on stage, Gims appeared to deliver a bracing 90-minute set. He was dressed in a powder blue down jacket, and though he opened the show with “Sape Comme Jamais,” that was as much sapeur action as we got. At one point New York-based guitarist Haile joined Gims for a medley of songs. This was interesting. Haile seemed to be surprising Gims with each number, as if challenging him to improvise or sing bits of popular songs, including Michael Jackson’s “Black or White.” After five or six round of this, Gims complained that Haile hadn’t played any of his songs. Haile obliged with one last blast, a ballad that brought the house down.

Other than that, the entire show was simply Gims and his man DJ Brice--a single charismatic artist on stage with backing tracks. He spoke only French to the mostly-white audience, and it seemed that most of them understood. The goal of the show was apparently to bridge Anglophone and Francophone African music lovers. And I did meet a Zimbabwean friend who had never heard of Gims and was quite blown away. But these folks had paid $95 each to see the show, and most of them knew what they were in for. They went nuts, singing along, dancing and shouting just as surely as those Zimbabweans had 20 years earlier for the entire Viva la Musica crew. How times change…

That said, the energy was electric. One high point was the song “Corazon,” a strong audience singalong that inspired this dedicated still photographer to join the crowd shooting video.

But let me back up. Maitre Gims is the son of Papa Wemba’s longtime vocal accompanist in Viva la Musica, Djanana Djura. Gims was born in Kinshasa in 1986, but moved with his family to Paris two years later. That means that when Sean and I were bashing around his old hometown, he was nearby, just one year old at the time. Today, Gims is one of France’s most successful pop stars. Billed as a hip-hop act, he sings and raps in a variety of styles, including the odd number where one hears hints of his Congolese origins. He has a glorious, horn-like tenor voice and magnetic stage charisma, and he is a formidable rapper and prolific composer. His 2019 release Transcendence has 50 titles on it, covering r&b, dancehall, soul, rap, French torch songs and more. Guest artists included Sting, Lil Wayne, French rappers Sofiane, DJ Super Sako and others. 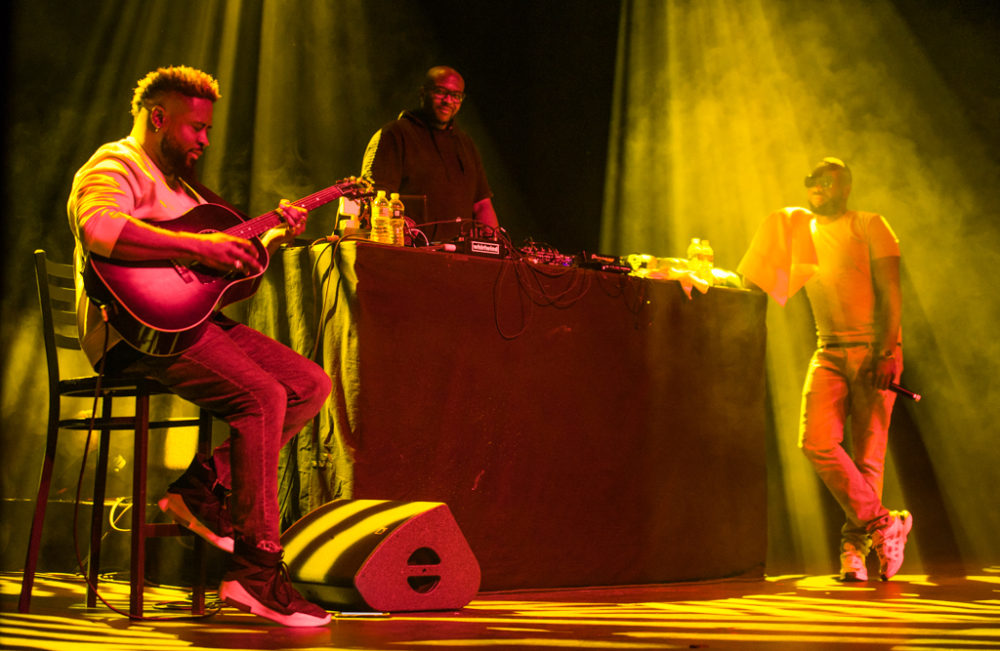 Maitre Gims and Haile at Terminal 5

In the leadup to the concert, I had been reading about Gims, watching his videos and listening to his music. I was intrigued, and had many questions to ask him. Starting weeks in advance to seek an interview, I made it through two layers of management, but on the day of the show, Sean and I hit a wall, in a way weirdly reminiscent of our pursuit of Papa Wemba back in ’88. First we were directed to the wrong hotel. (There are two Intercontinentals in New York…) Then we were told to wait in the east side Intercontinental lobby while our contact would “see what I can do.” Not a good sign.

Eventually, Gims appeared in the lobby with his manager, who assured us that there would be no interview, and noted that he had never heard of our “chain.” I expect he might have been more obliging had CNN or BET been on hand, but of course, they were not. Just us!

In any case, the show was a revelation, clearly defining a robust Francophone alternative to all that “Afrobeats” flowing out of Nigeria, Ghana and other Anglophone hubs. And in case, anyone in Gims’s inner circle reads this, I would still love to interview the man. I expect we would have a lot to talk about.

Meanwhile, a few favorite photos from an extraordinary night... 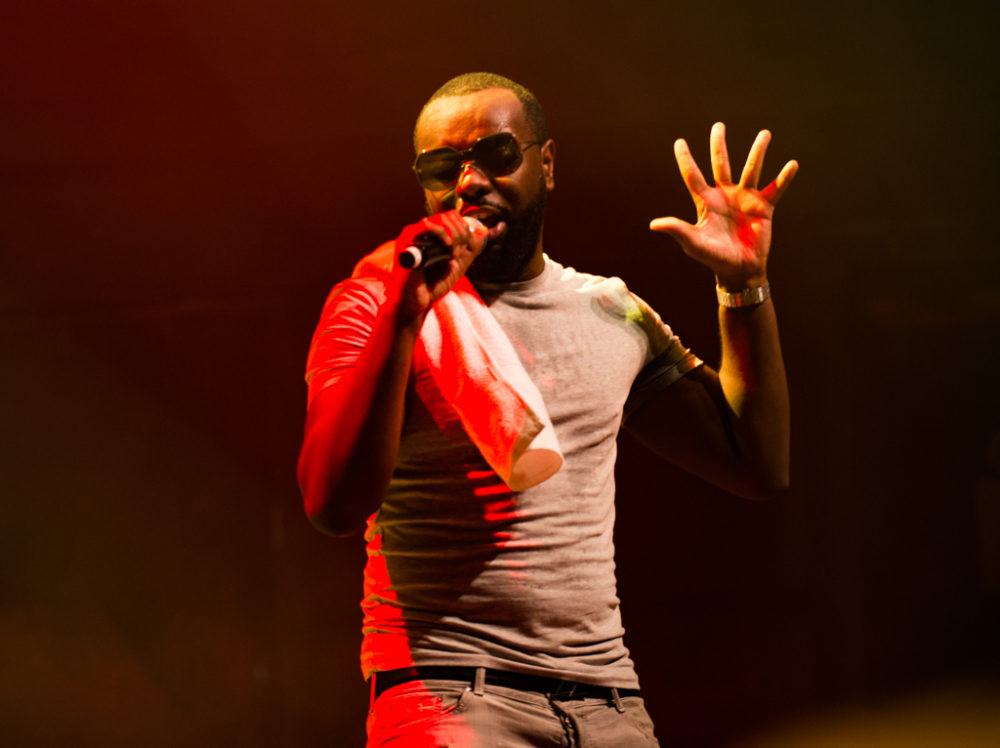 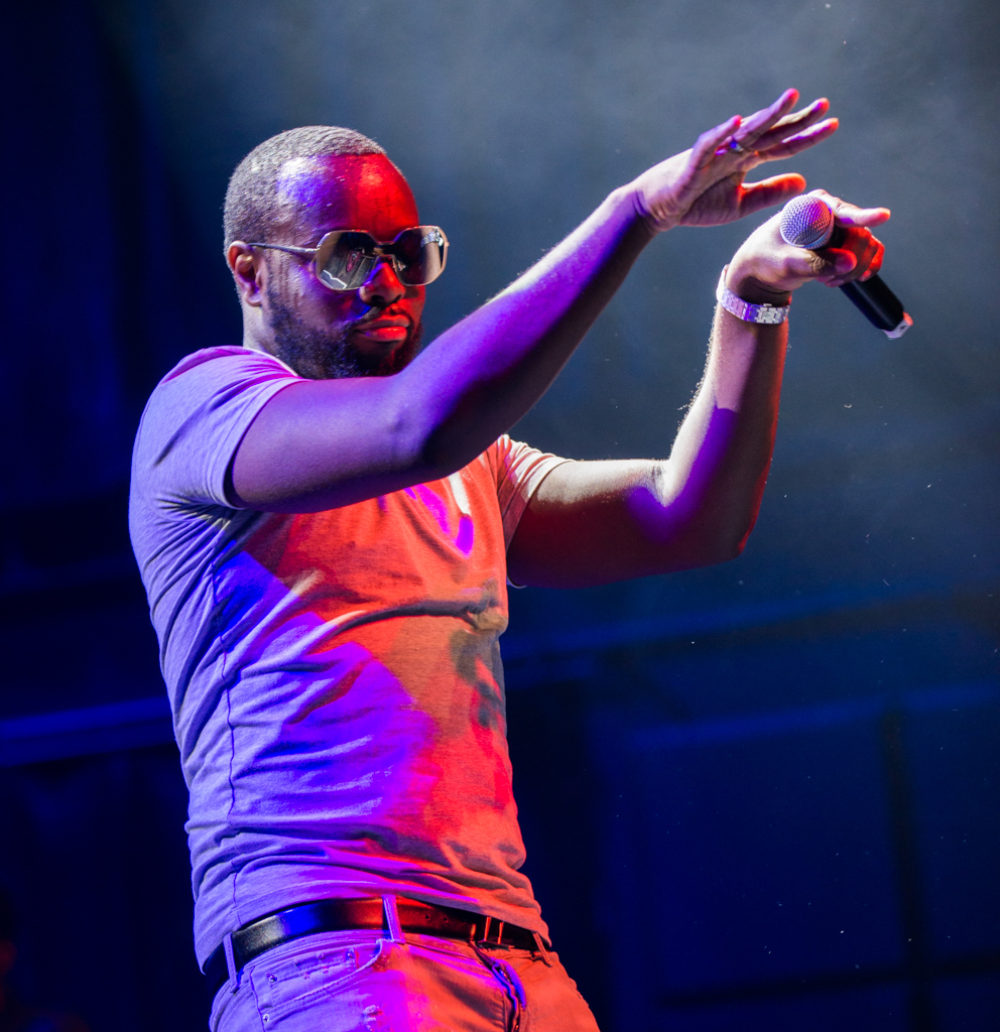 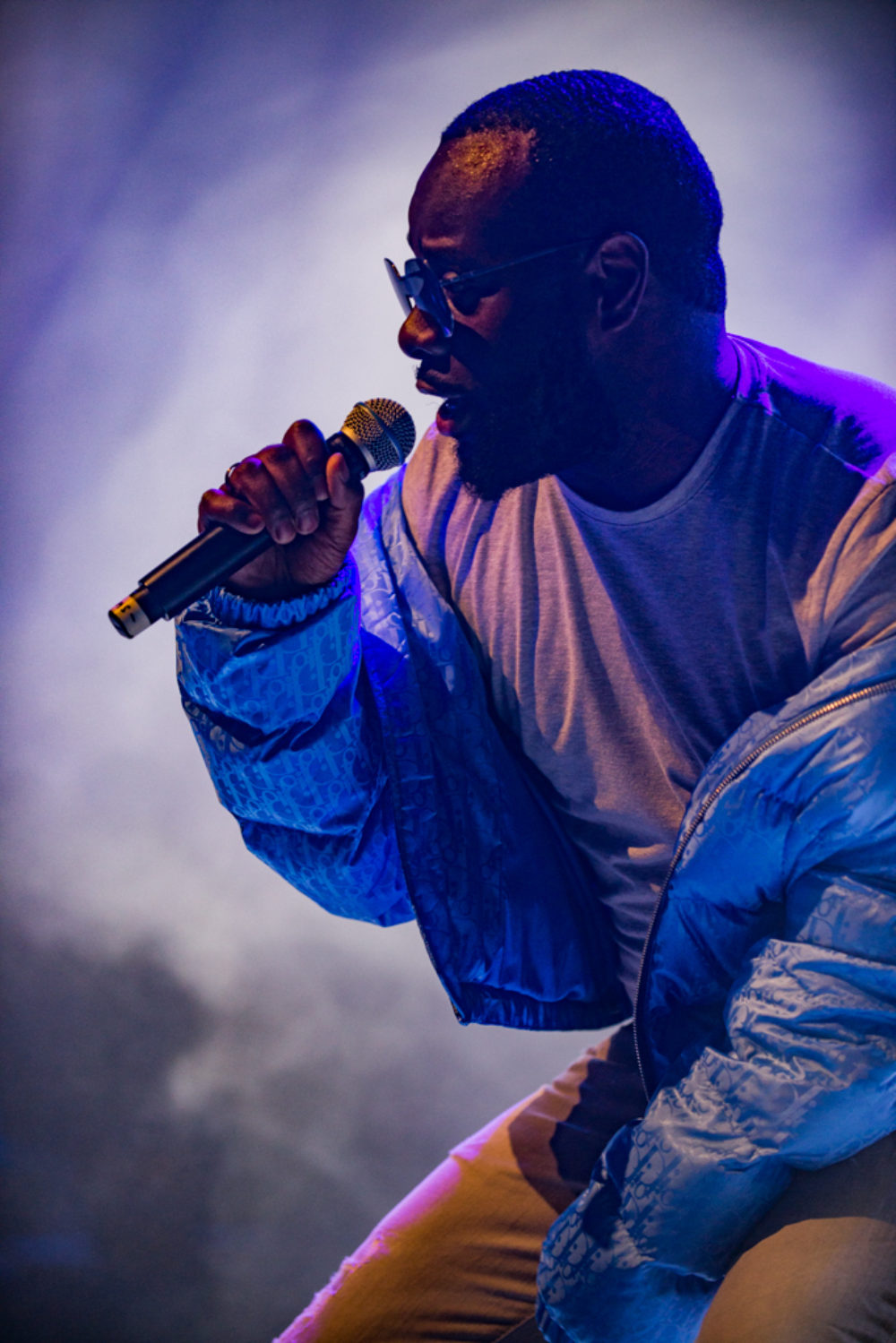 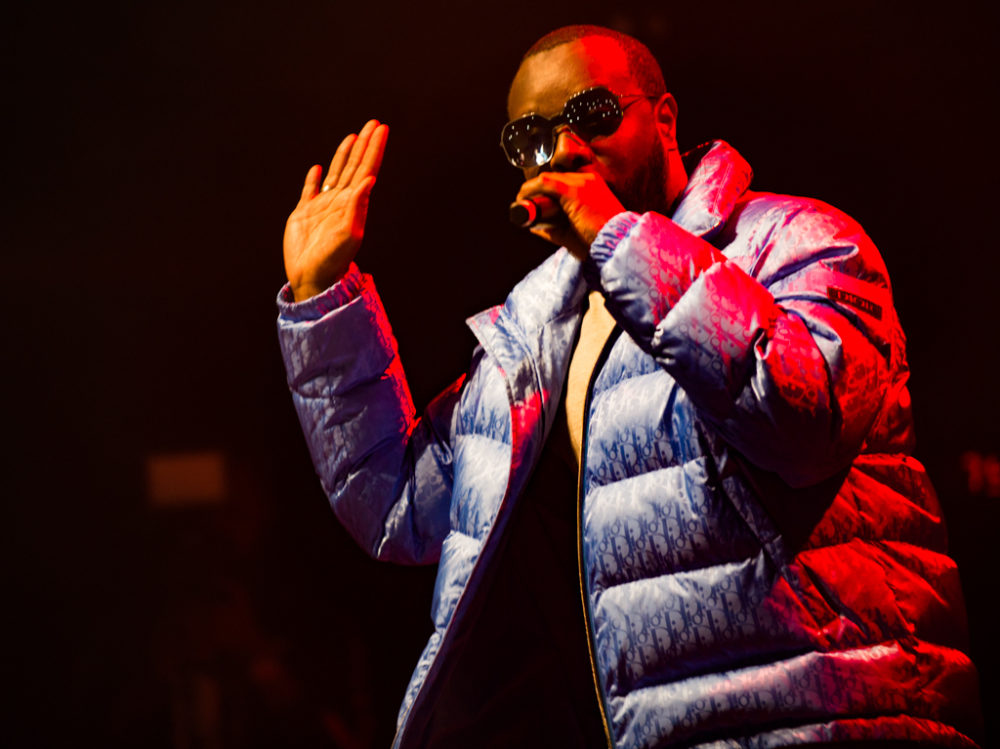 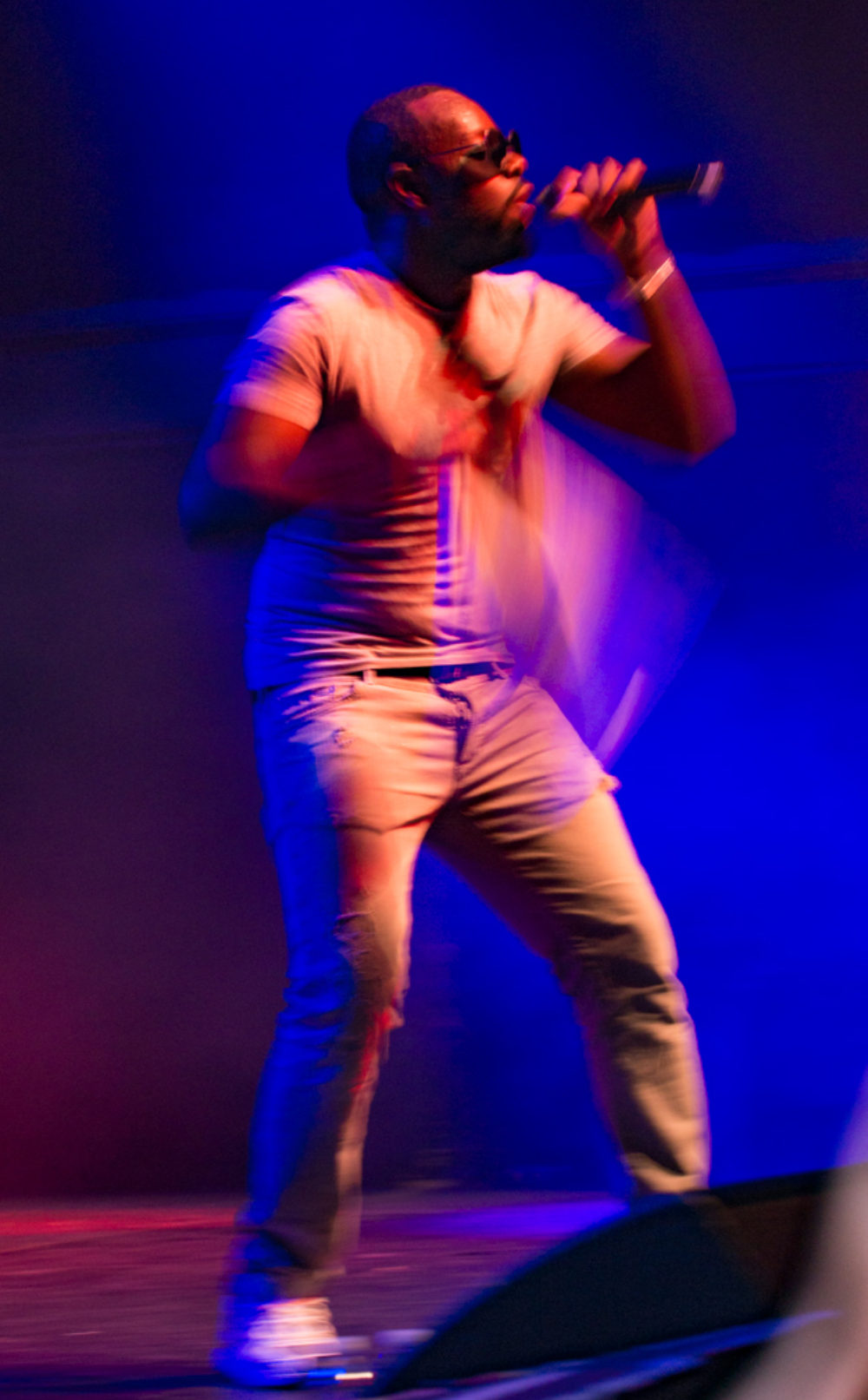 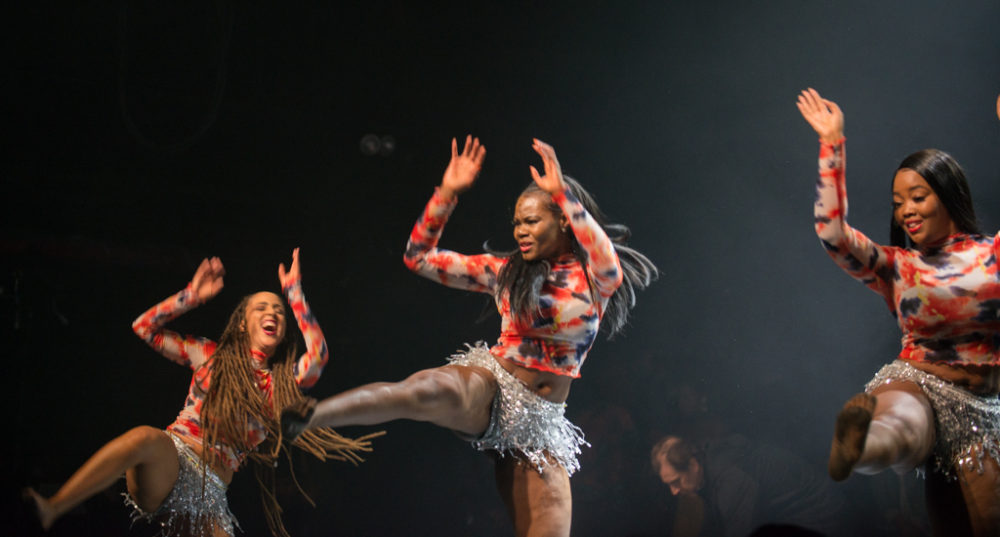 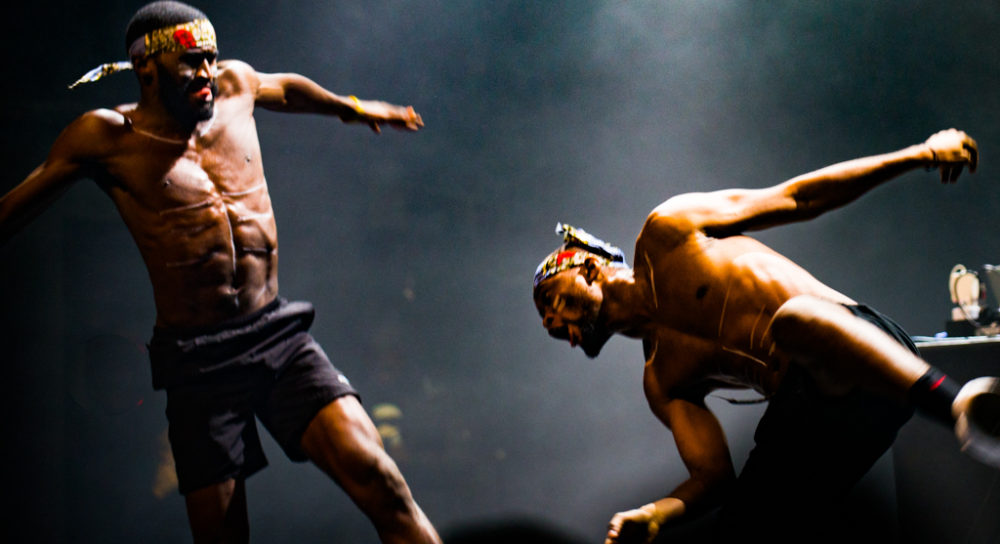 Interviews April 26, 2018
The State of Congolese Music 2018: An Interview with Lubangi Muniania