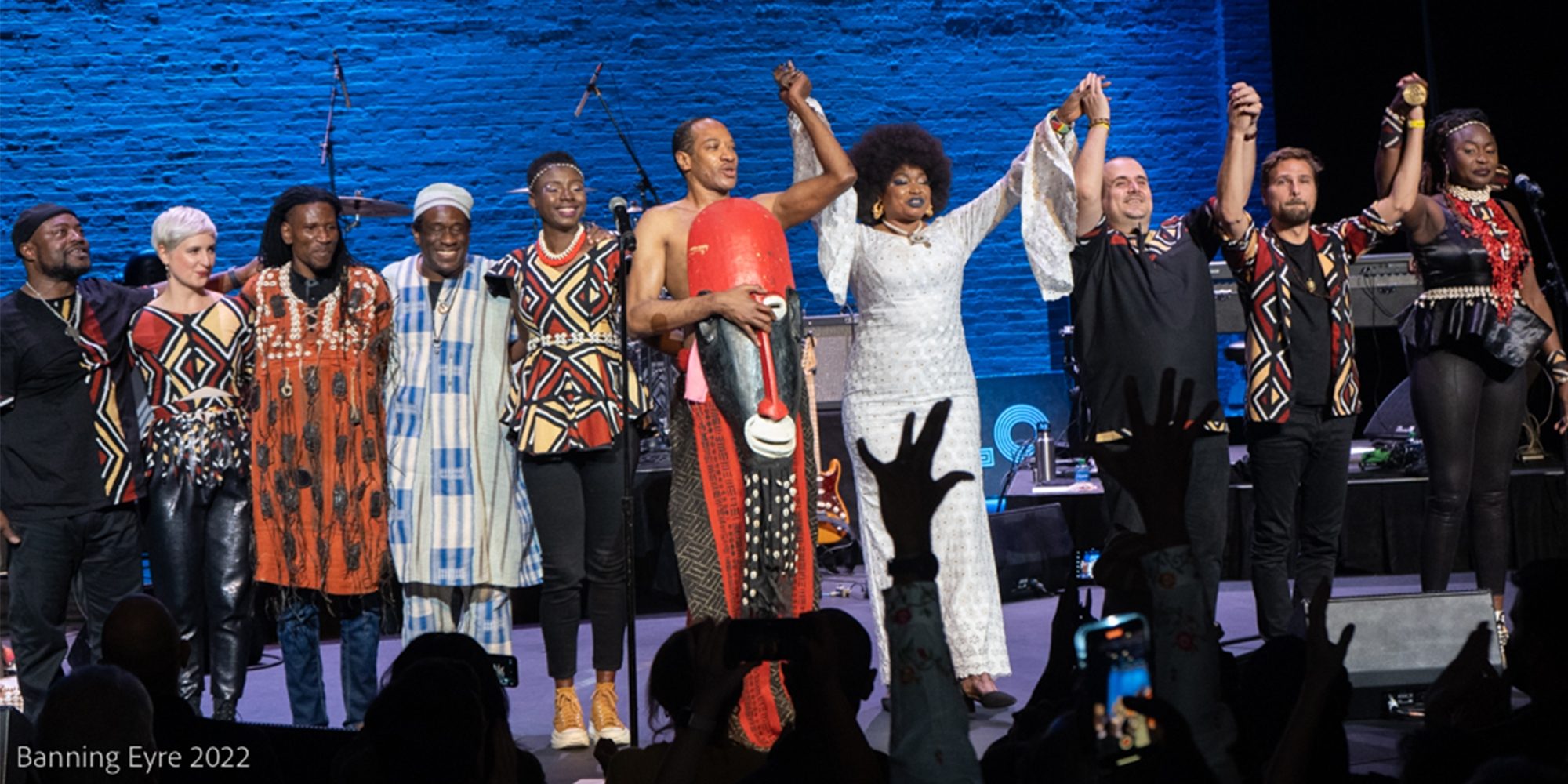 After more years than we care to count, Oumou Sangaré, the queen of Wassoulou music, returned to American stages this October. Anyone lucky enough to have caught one of these rare shows will tell you: the songbird of the south is sounding better than ever. Fronting a superb, diverse international band, speaking English surprisingly well, and showcasing songs from her 2022 album, Timbuktu, along with new arrangements of a few classics, Sangaré remains a force of nature onstage. We caught her long-delayed debut at the Apollo Theater on Oct. 29, and a free outdoor show in Providence, Rhode Island the next day, the final two shows of the tour. In both cases. Sangaré and her band delivered joy and ecstasy, delighting fans and wowing newcomers.

The Apollo show, presented by the World Music Institute, was particularly explosive, clearly a date she has been anticipating since it was postponed back in April of 2020. This show opened with a rousing set from percussionist Will Calhoun and the Mali Project. Calhoun has traveled to Mali and other African locales for years, and has performed with Sangaré in the past. The formation he staged this time included Cameroonian bassist/composer Francis Mbape, and Malian kora maestro Yacouba Sissoko along with other NYC-based luminaries of African music. The musicians traded solos and lead vocal in the manner of a collaborative jam session, and all shined. But the true fireworks came from the percussion section. Calhoun is a more than a monster drummer. His improvisations are playful, complex but always musical, utterly engaging. 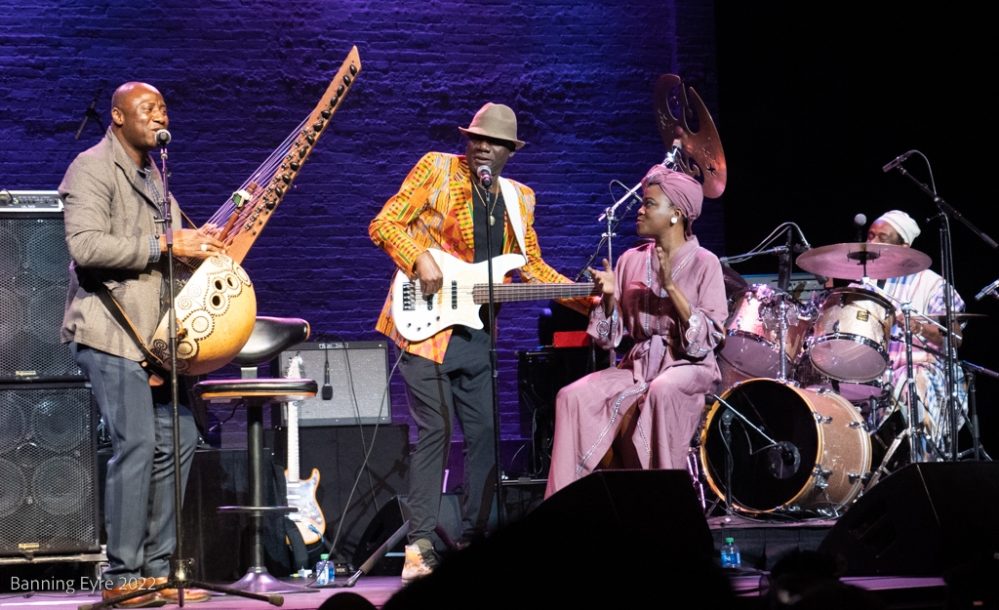 Sangaré’s set began deep and slow but rapidly accelerated into muscular rocking versions of key songs from Timbuktu. Near the beginning, she took time to tell the story of her 2020 vigil in New York, waiting for a return to normality that was not in the cards. In careful, clear, if imperfect English she described her wait. “One week, two weeks, three weeks… Three months! No, I have to do something.” What she did was to summon her longtime kamele ngoni (pentatonic gourd harp) man, Mamadou Sidibe, from California to her newly acquired house in Baltimore to set about creating the album that became Timbuktu. [For more on all that, check out our interview with Sangaré earlier this year.]

At the Apollo, Sidibe joined the band’s nimble kamele ngoni player Abou Diarra for the early part of the set and the camaraderie was palpable. This band includes musicians from Ivory Coast, Central African Republic, Burkina Faso, Mali and France. Not only are they spectacular soloists, each given time to shine by their generous queen, but they cohere as a high precision team, rifling through tricky stop-time riffs with ease, scaling the dynamic range from whispers to roars, nailing Wassoulou music’s funky grooves with smiles to spare. Special mention to Abidjan-based guitarist Julien Pestre. The man can tear up the fretboard with rock ’n' roll bravado, just as Sangaré’s long-ago guitarist Baba Salah once did, and he has clearly spent years internalizing African guitar idioms from soukous to Afrobeat, to Bambara blues. Another nice touch was a rubber-limbed male dancer Sekou Keita, based in Switzerland, who graced the stage at regular intervals. He opened the show tied up in ropes that he struggled ostentatiously to free himself from throughout the opening number. 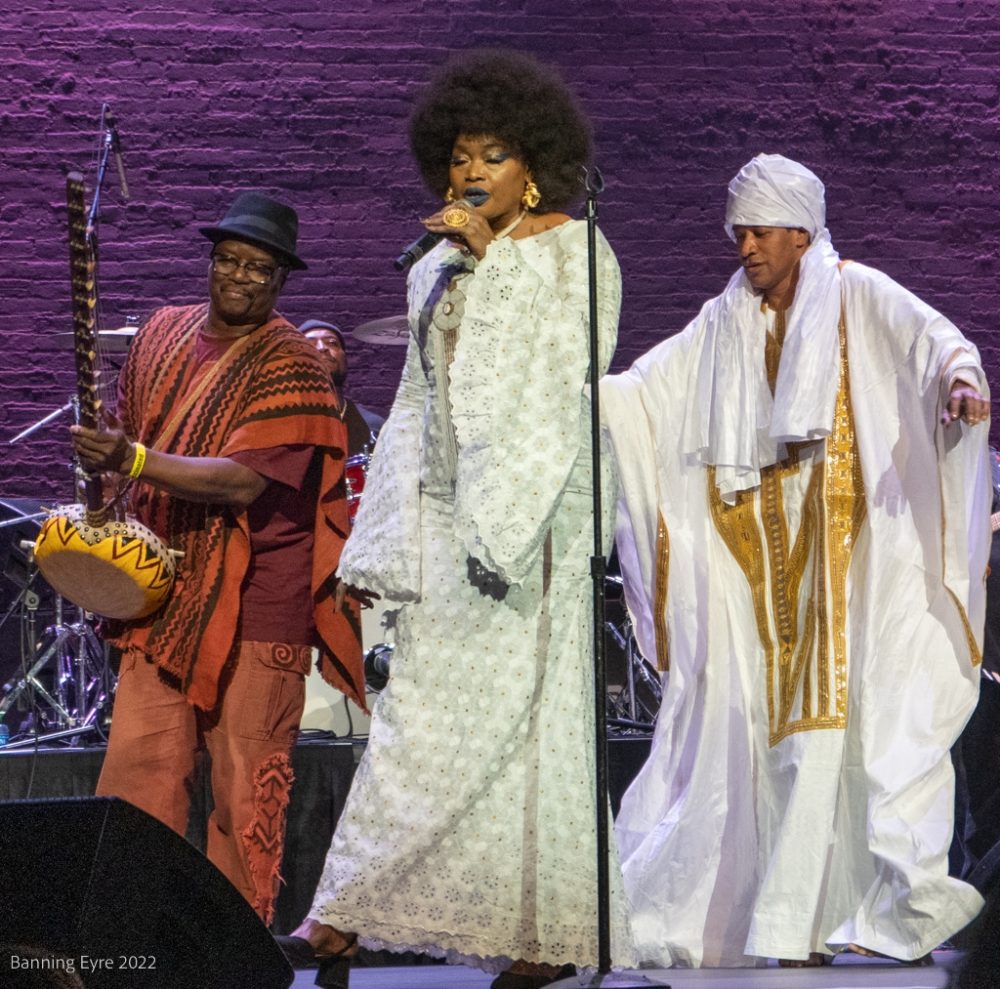 Also exceptional were the band’s female vocalists Emma Lamadji of Central African Republic, and Kandy Guira of Burkina Faso. We got none of the breathy coos one sometimes hears from Malian backing singers; these ladies were singing, full throated and punching. Still, for all the gusto this powerful band kicks up, Sangaré’s voice easily dominates the sound scape. Her voice is iconic by now, beloved for its range for heart-breaking vulnerability—as in a fresh arrangement of her 1989 celebration of romantic love “Diaraby Nene”—to robust protest—as in the new “Kele Magni,” an anti-war song—to exuberant celebration, notably on the feisty crowd-pleaser “Yalla,” which concluded her set in both concerts. At the Apollo, Calhoun took on the drum kit for the encore, grinning ear to ear.

It's fair to say that Sangaré pretty much blew the roof off the Apollo on Saturday night. After the show, there was a champagne toast at the bar, and Sangaré was mobbed by overjoyed fans, including an unexpected one, her longtime friend and admirer Jackson Browne.

The following afternoon, it all happened again at District Park by the Pedestrian Bridge in downtown Providence on an unseasonably warm and perfectly sunny Sunday afternoon. This show was organized by Providence-based Malian percussionist and educator Sidy Maiga, another old friend of Sangaré’s. It turns out this is the fourth time Maiga has brought Sangaré to Providence. Lucky Providence!

Maiga’s band, The Bridge Where We Meet, opened this show with a unique take on Malian folklore that included a brass section and an electric cello. The music was rich and groovy, though the surprise star turned out to be Maiga’s four-year-old son, wielding his tiny djembe and tracking his dad across the stage, out into the lawn and back.

It’s not likely Sangaré got much sleep between these two shows. She went easy on the English this time, likely saving her voice for singing. There was a touch of rasp there in the opening numbers, but as the set progressed, the magic happened once again. Malian ladies in their finery and regular folks out for a beer in the park came together under Sangaré’s irresistible spell, dancing in the grass in the afternoon glow with the Providence skyline visible behind the stage. 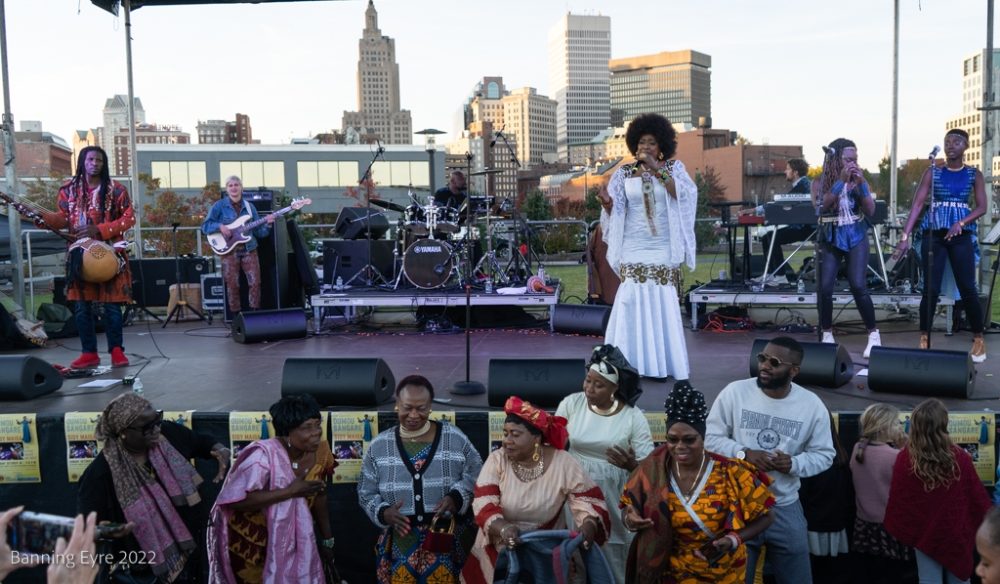 Both of these concerts featured a reworking of a great song from Sangaré’s second album, Ko Sira. The new version, “Kamelemba,” from her 2017 album Mogoya, is a standout with a super funky kamele ngoni-driven groove and unforgettable vocal refrains. In the Providence show, the band stretched out on this one, bringing Maiga and his little son on stage for dancing and djembefola (drum play).

As the sun set in Providence, the show and the tour were a wrap. Sangaré cannot return to our shores soon enough. Hopefully her “vacation home” in Baltimore will occasion more shows soon. Meanwhile, here are a few images from the Apollo and Providence. 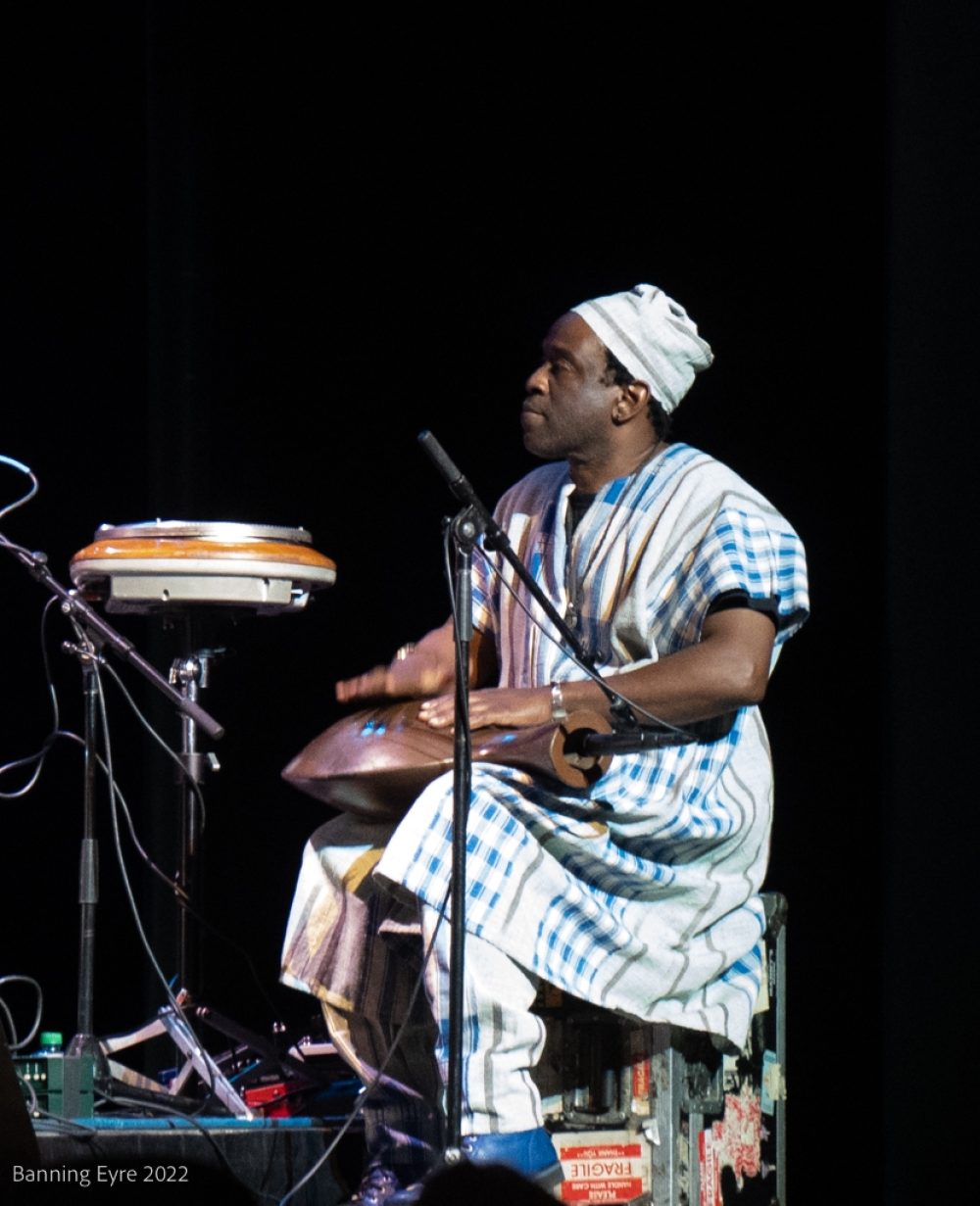 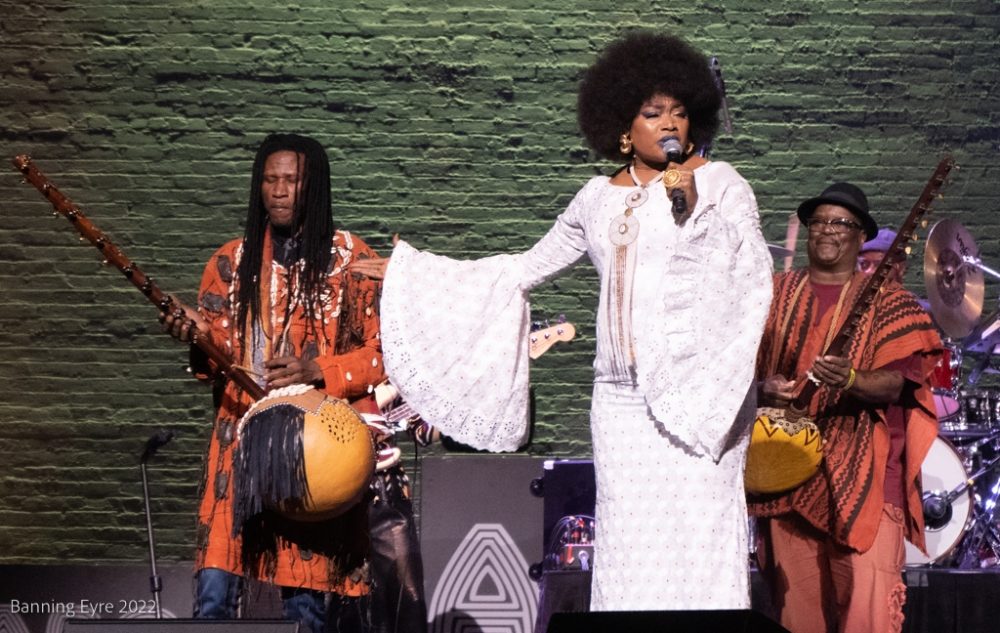 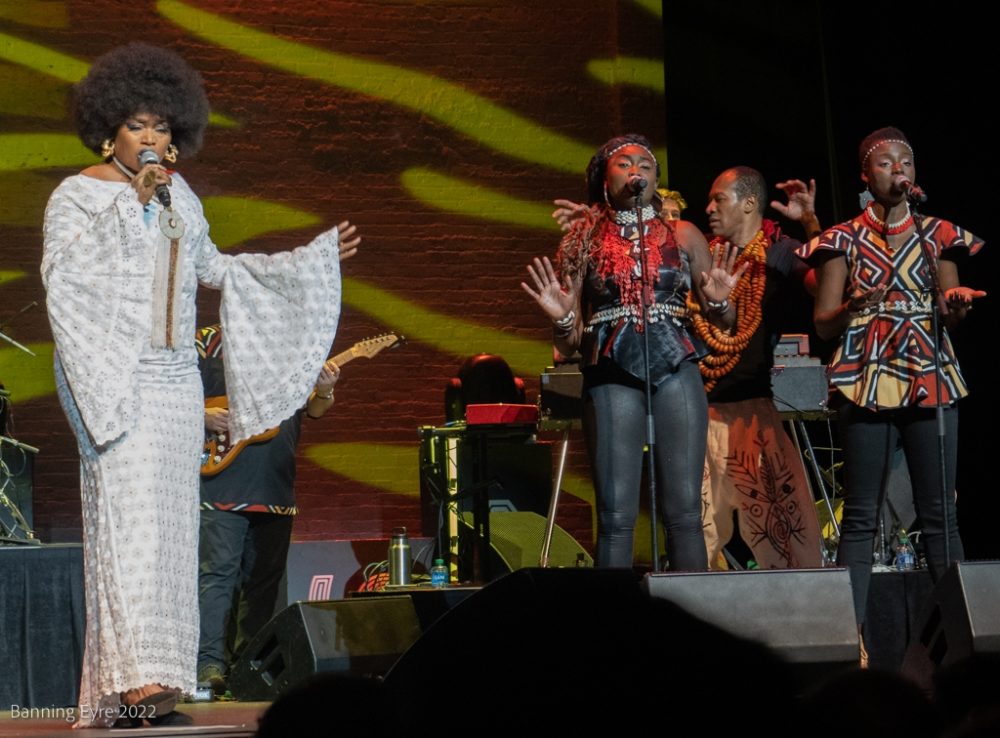 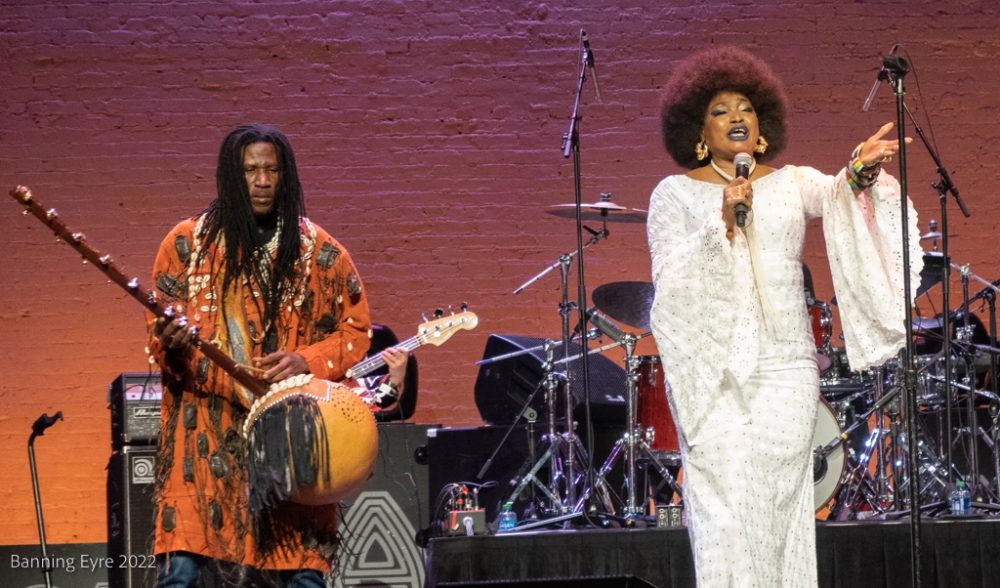 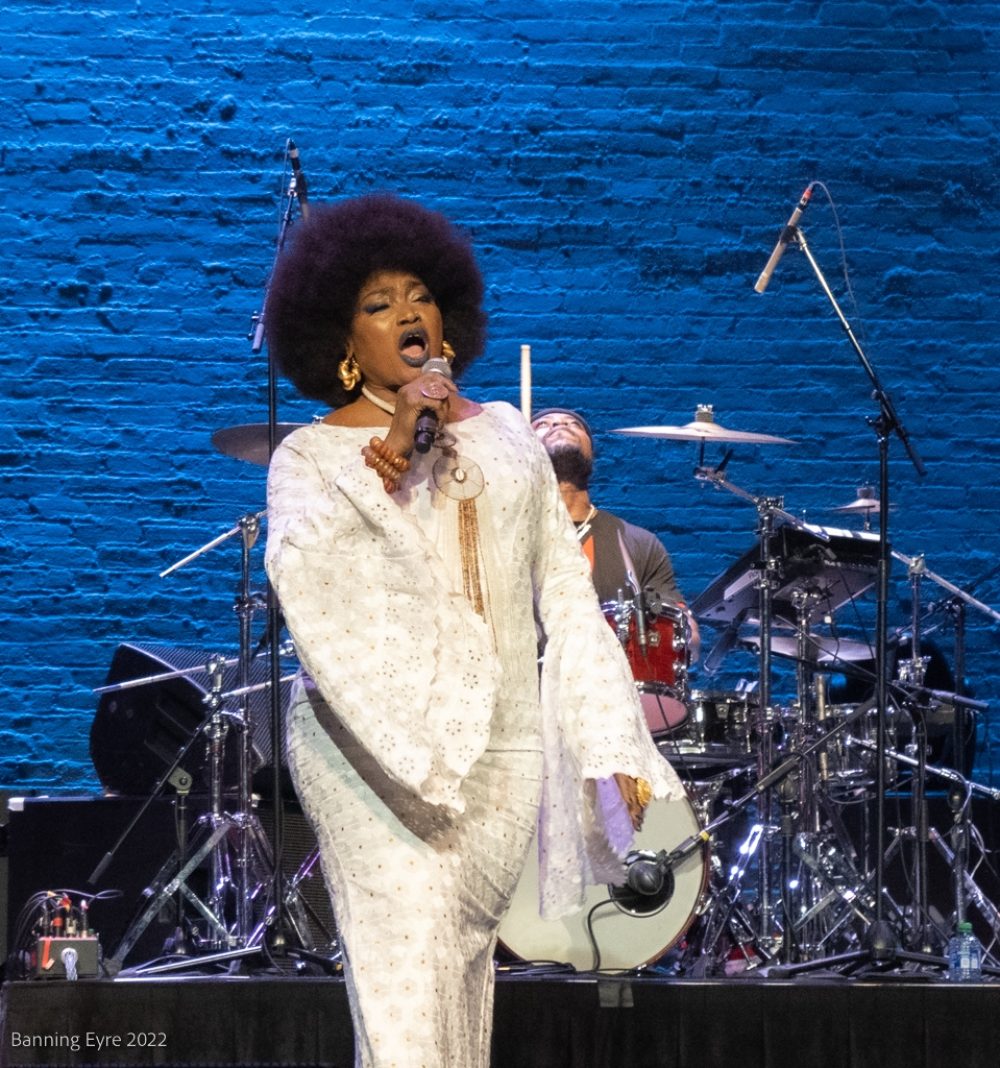 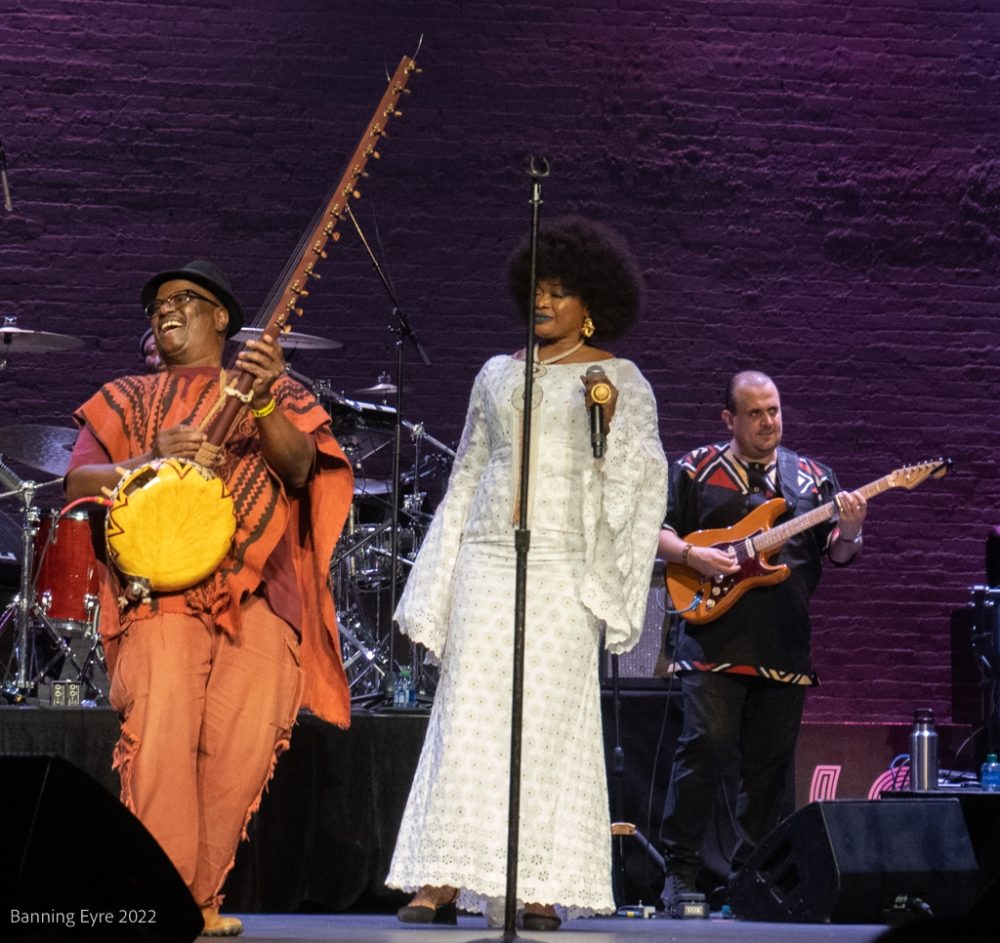 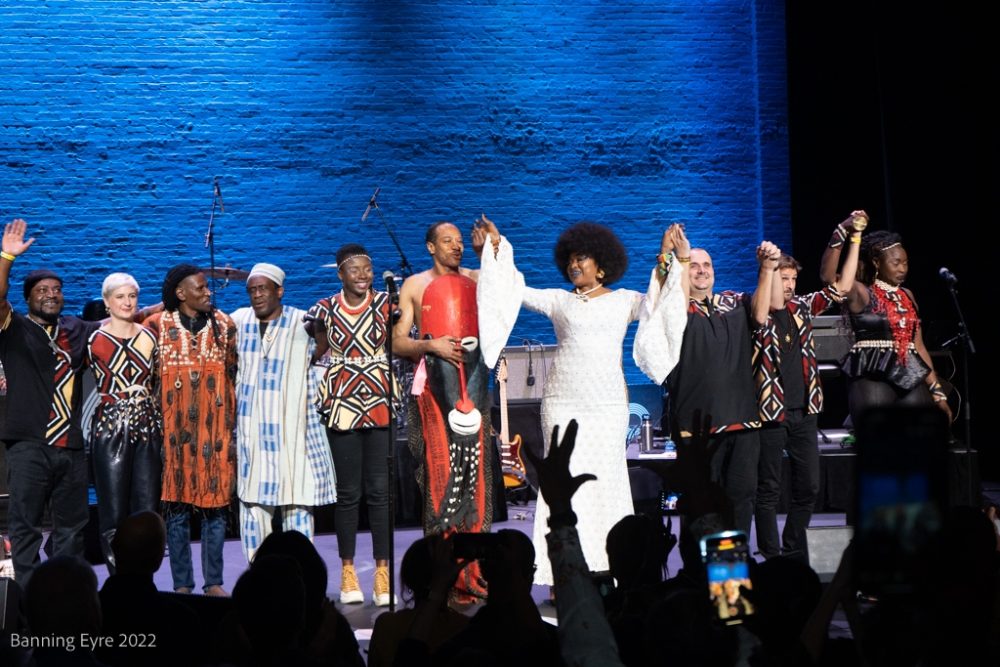 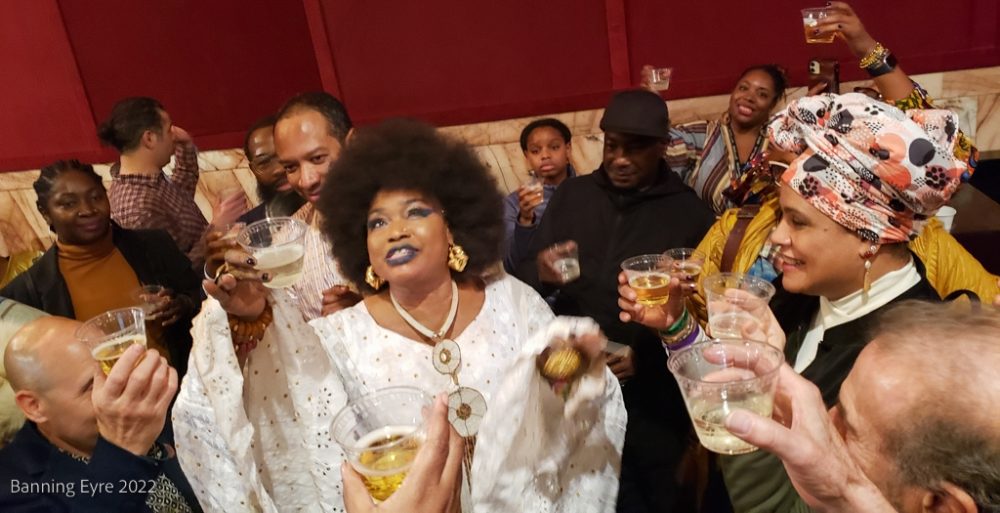 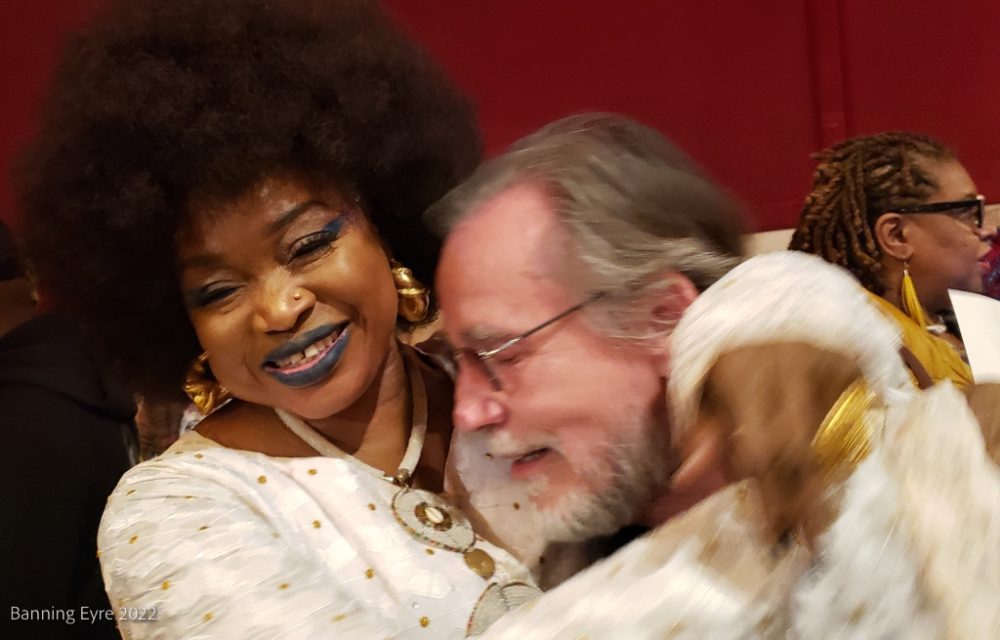 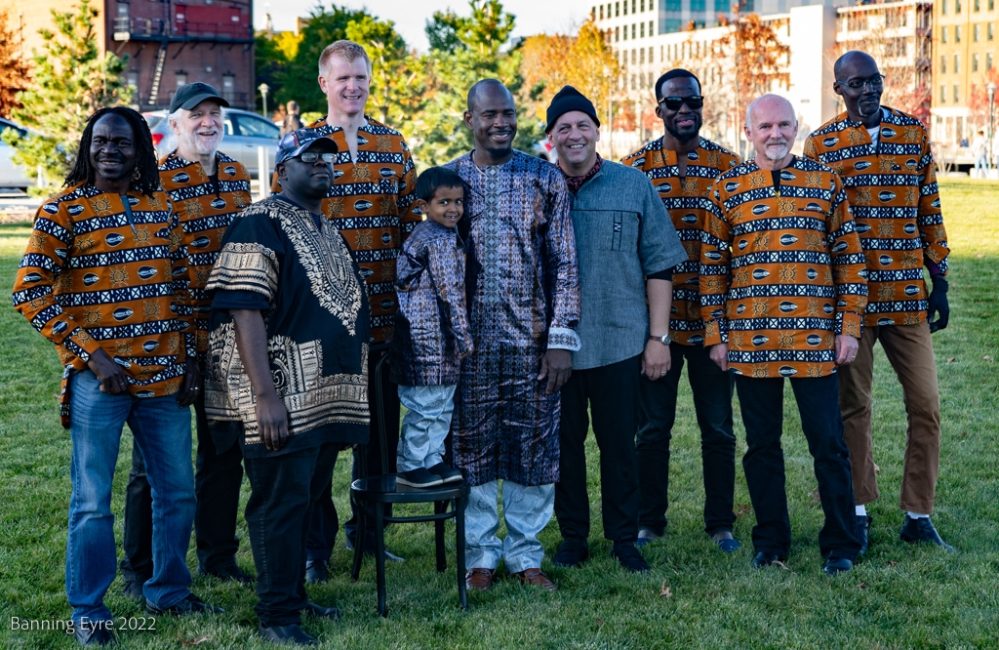 Sidy Maiga and The Bridge Where We Meet 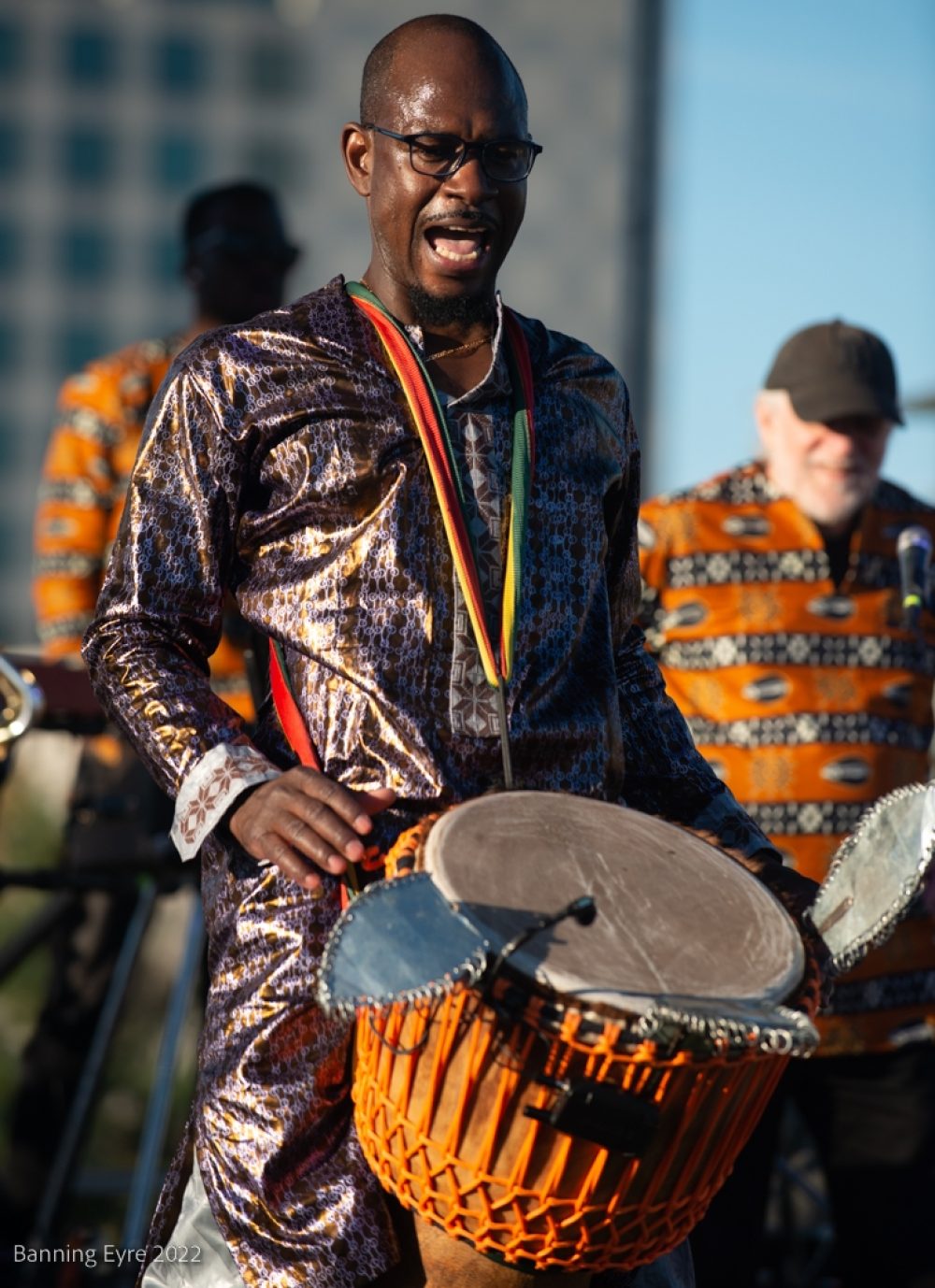 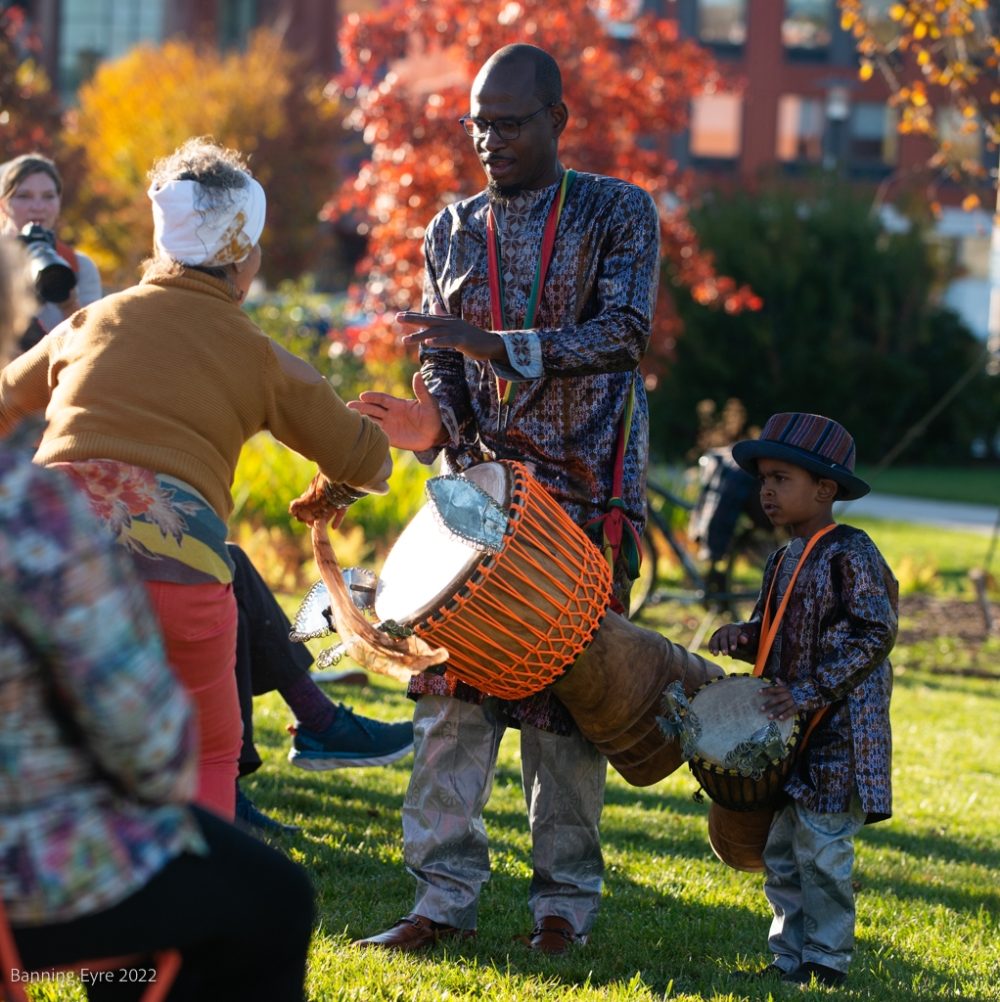 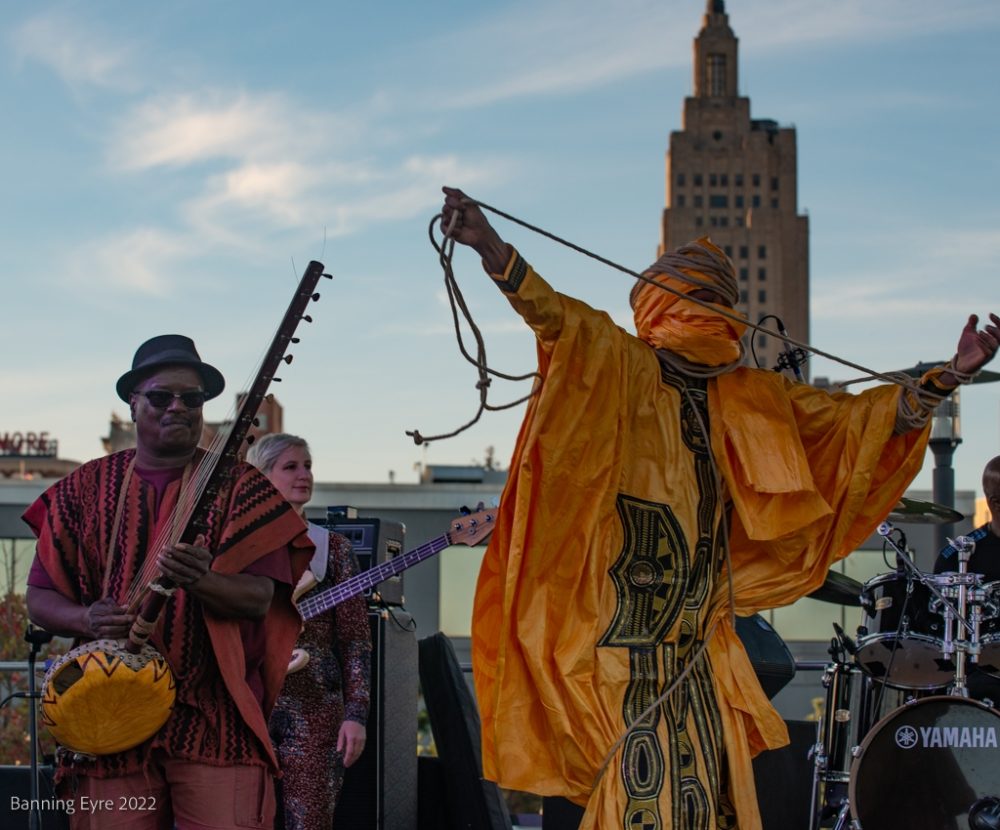 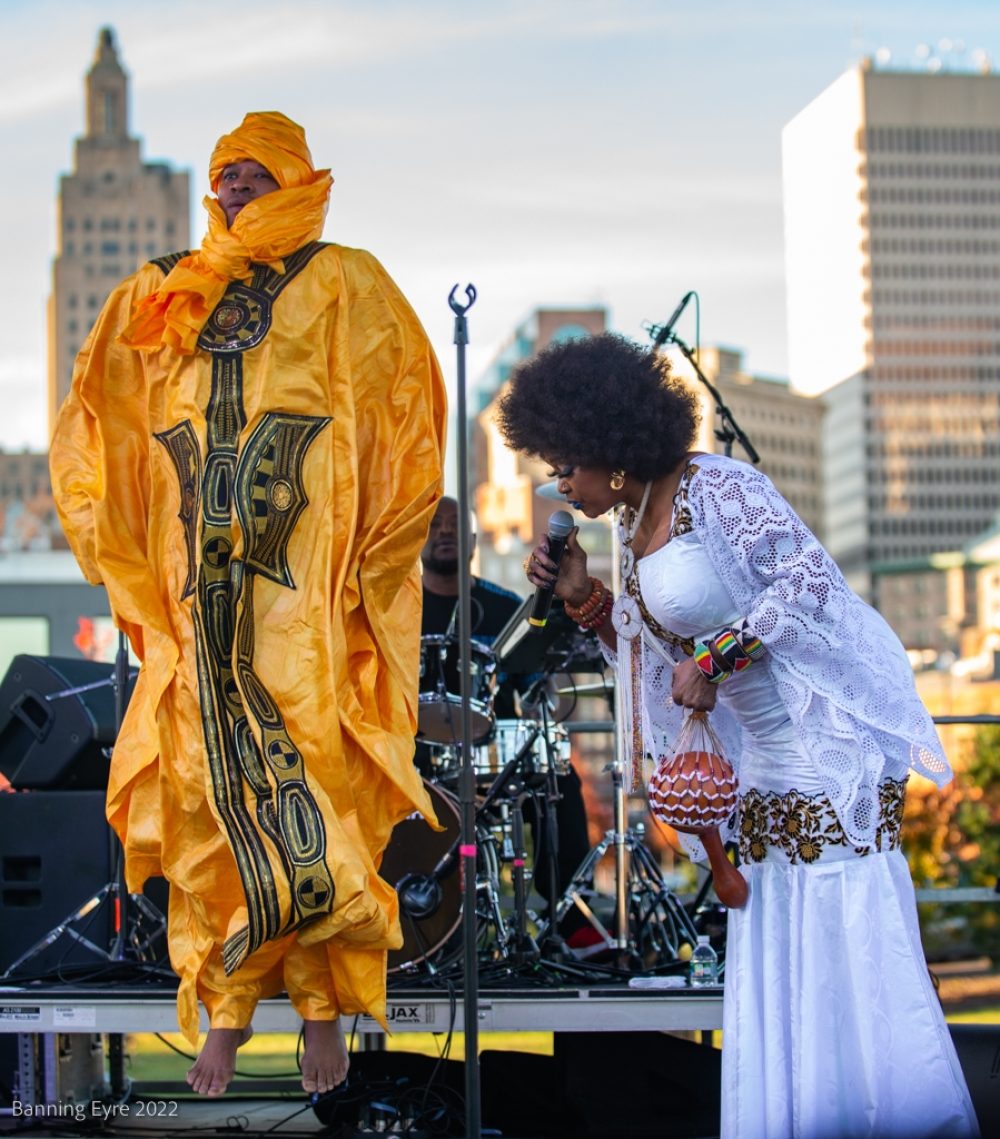 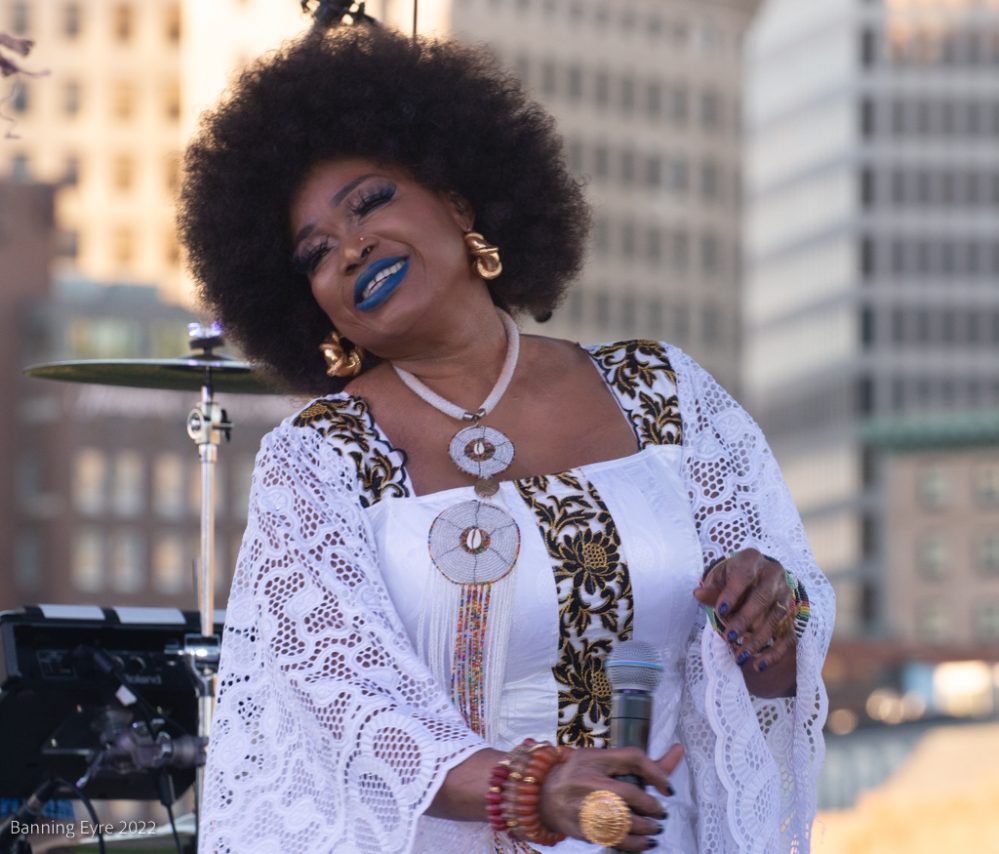 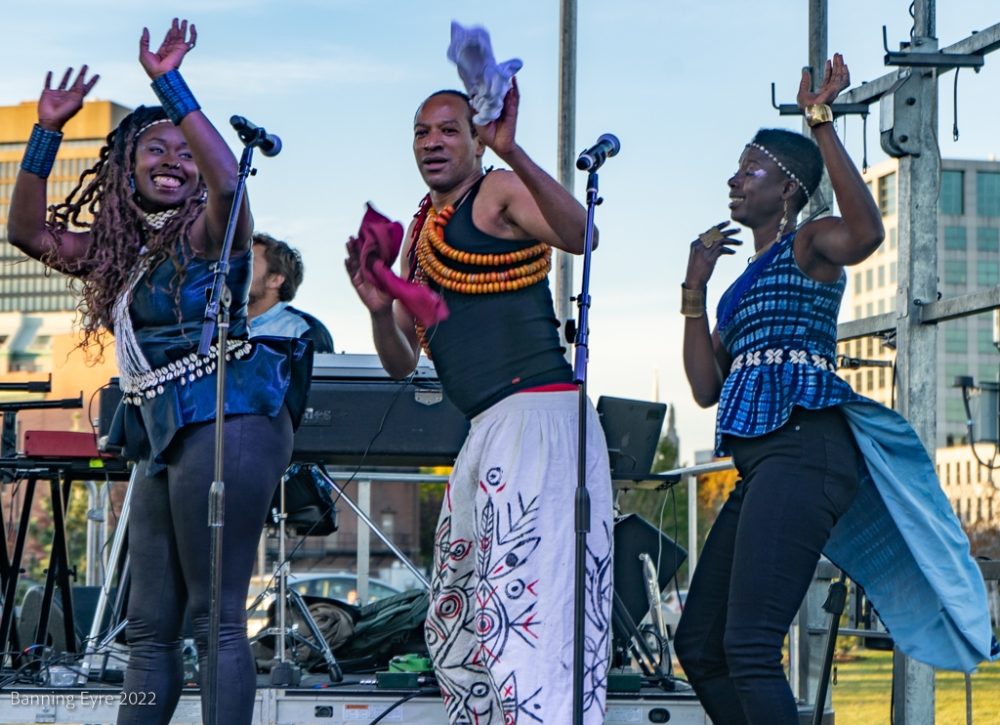 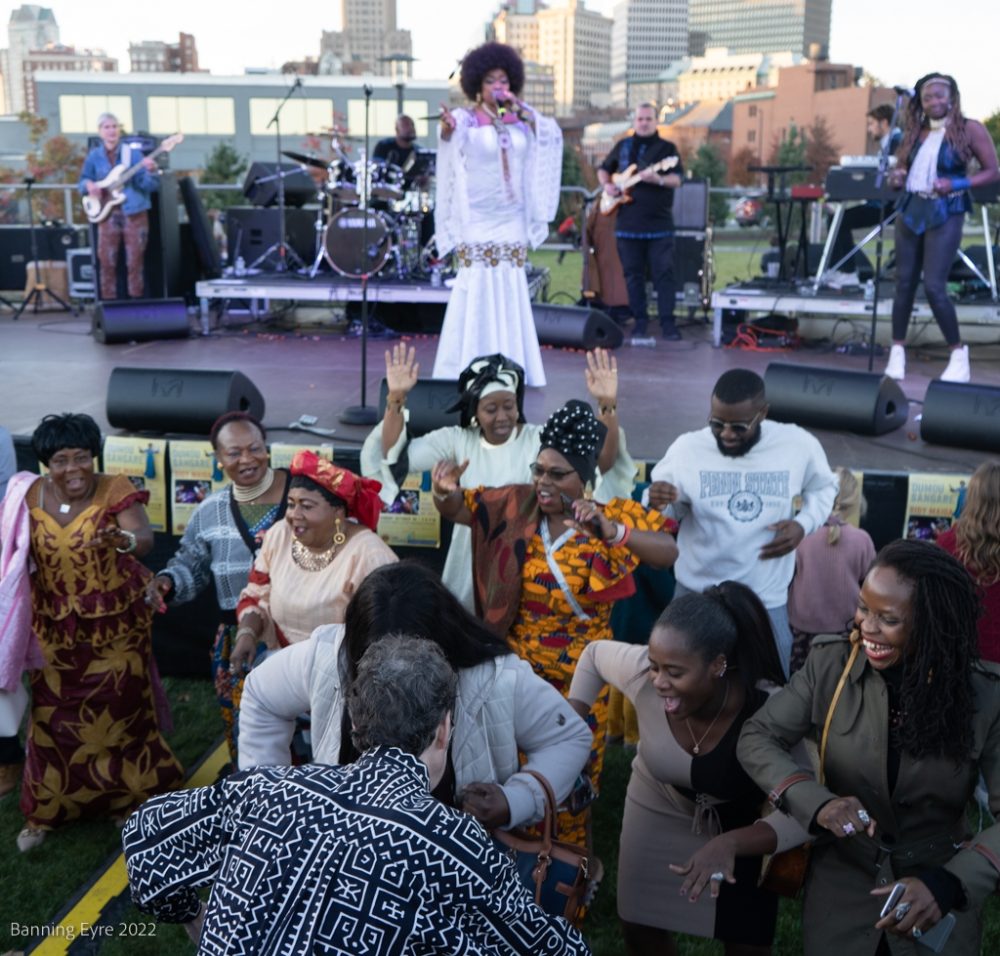 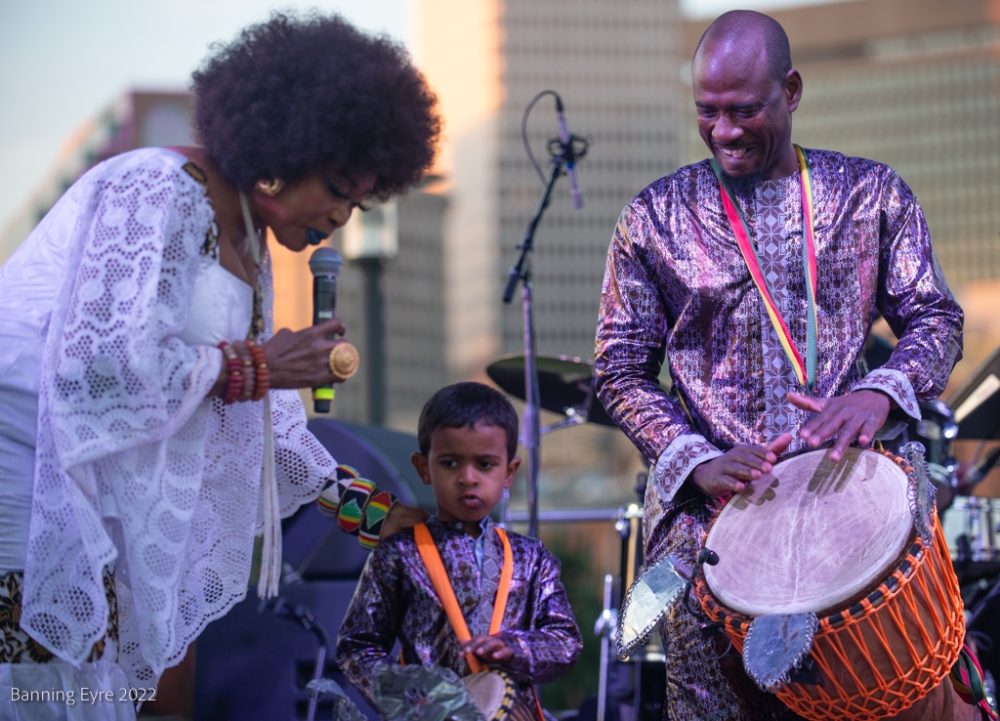 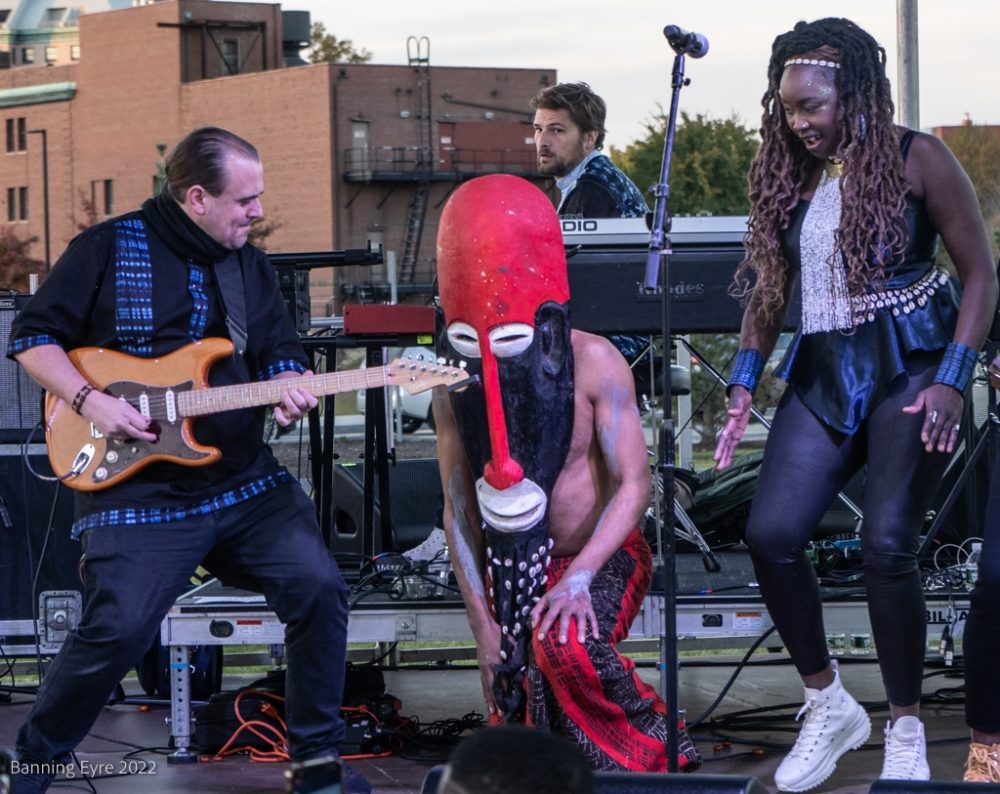 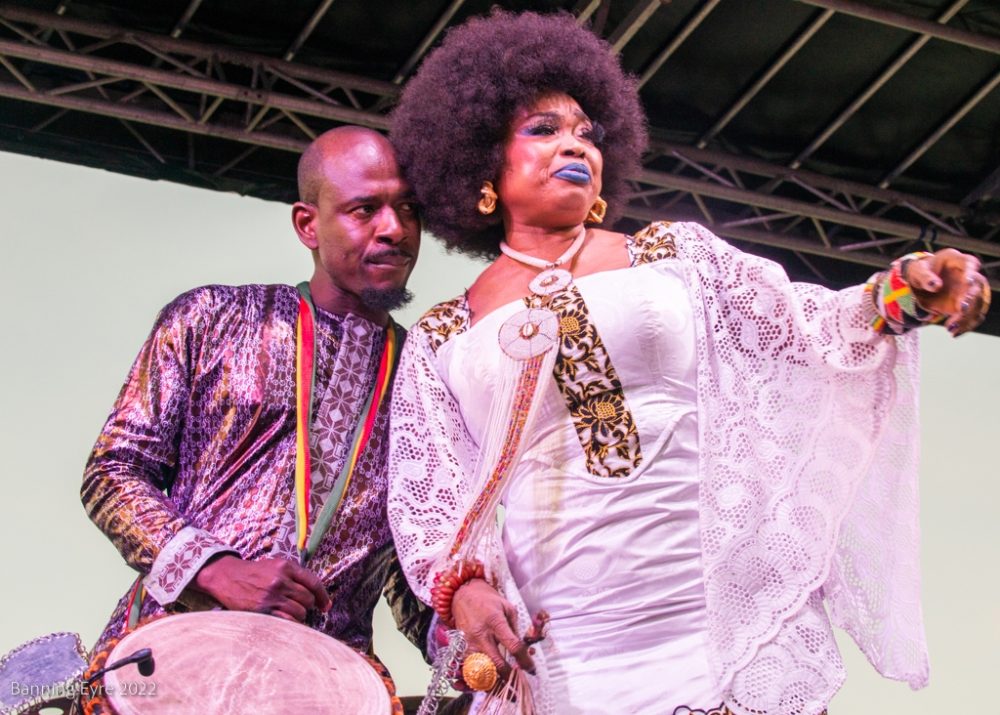 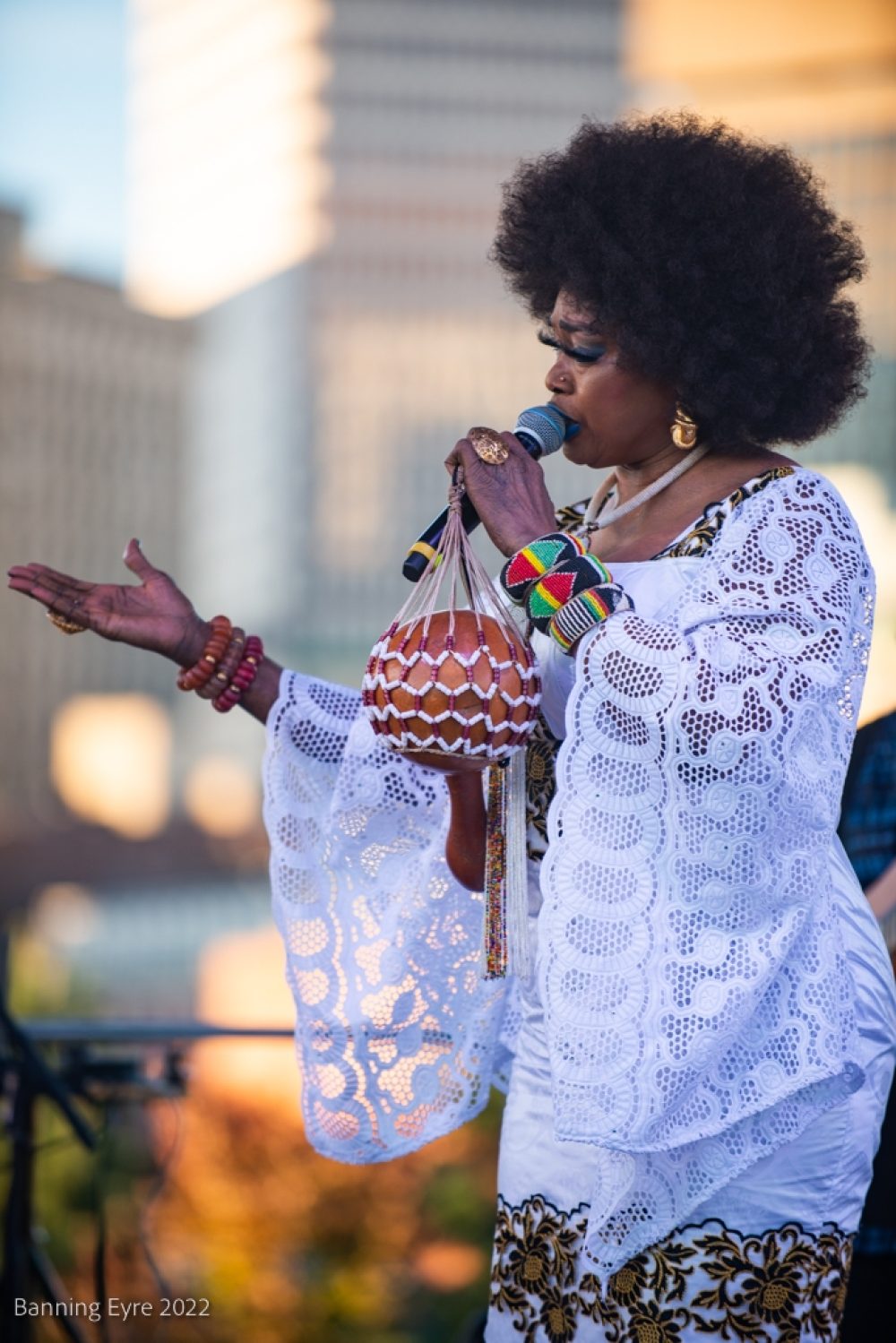