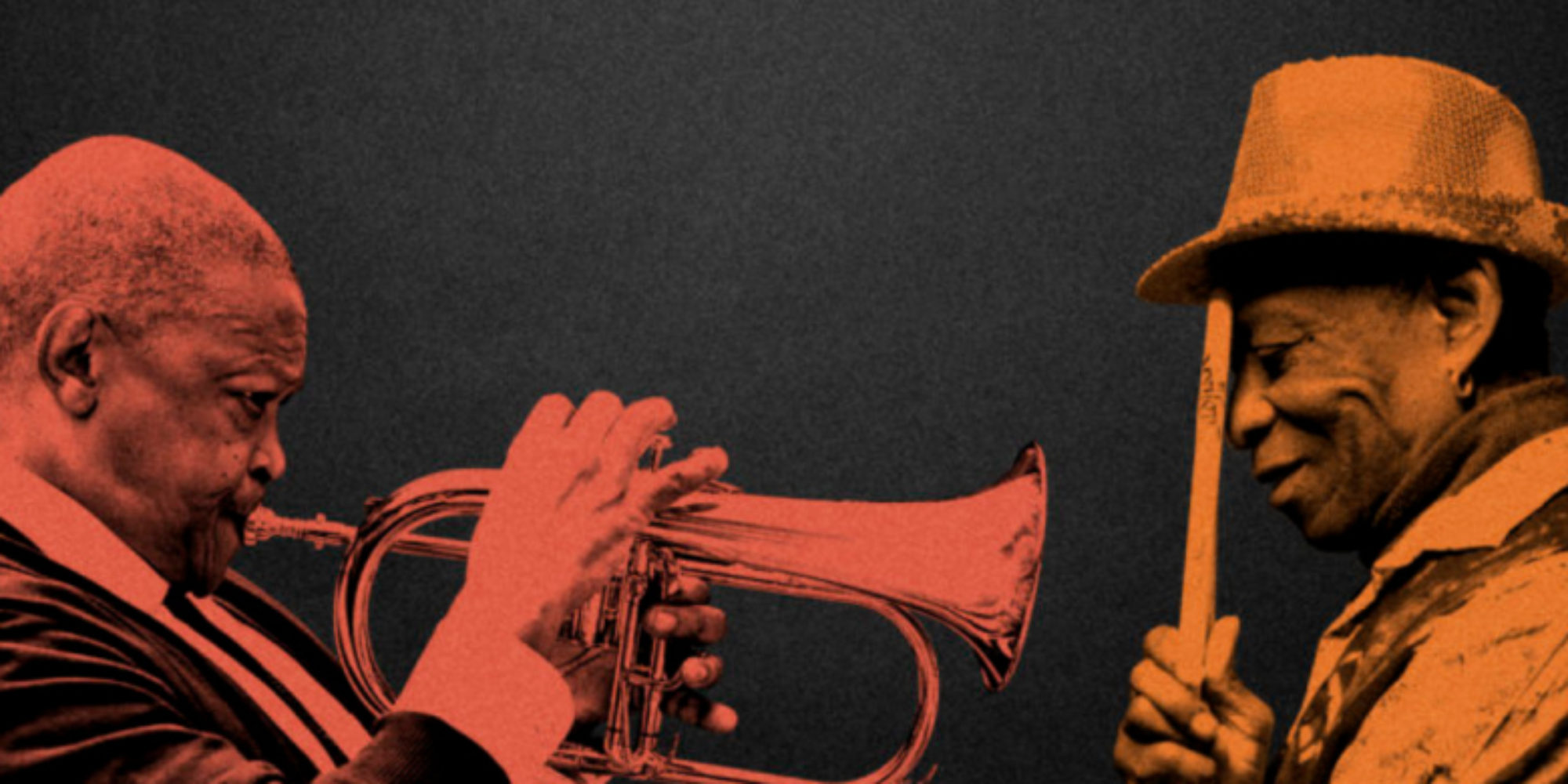 It’s a truism to say that jazz has roots in Africa. Defining what exactly those roots are and how they grew is another matter—intriguing but finally unknowable. In most African countries, jazz is not well appreciated, and where it is, it tends to be enjoyed by a relatively small elite. African musicians who fully embrace jazz often have to leave home to pursue their careers in Europe or America. Beninese guitarist Lionel Loueke comes to mind. But then there are artists who have managed to incorporate elements of jazz into genuinely popular African music. Hugh Masekela and Tony Allen are prime examples. Masekela was a larger-than-life, multigenre musician in South Africa, one African country where jazz has found an enduring audience, but he was also a singer, songwriter, producer and political activist. Allen was a co-creator of Nigerian Afrobeat, a genre marked by Fela Kuti’s study of and love for American jazz. Yet, for all the complex grooves and extended improvised solos, you wouldn’t call Fela’s Afrobeat “jazz” as such.

Maybe these unique experiences help to explain why in a single session in London in 2010, Allen and Masekela recorded as fine an “African jazz” album as you are likely to find anywhere. There’s a lot of backstory here. After his self-imposed exile from apartheid South Africa in 1960, Masekela wandered the world. In the early ‘70s, he spent a lot of time in West and Central Africa, hobnobbing with Franco on Kinshasa, Sekou Toure and Stokely Carmichael in Conakry and, inevitably, Fela in Lagos. In his revealing autobiography, Still Grazing, Masekela describes Fela meeting him at the airport, strutting up to greet his visitor “like a matador approaching a crazed bull before the kill.” Needless to say, the young globe-trotting, hard-partying trumpetist was thoroughly taken by the cacophonous frenzy of Lagos and the madcap musical world of Fela’s Africa 70, with Allen’s elegant, elusive drumming the center of the sound.

Apparently, Masekela and Allen had long intended to record together. But it took World Circuit’s Nick Gold to make it happen when the two artists’ tours coincided fortuitously in the U.K. in 2010. By then, Masekela was sober and at the top of his form as a player, and Allen had spread his wings in many directions, establishing himself as master himself, much imitated but rarely equaled style. Both had become artists beyond category, and they had remained good friends through the years. Once tracked, the recording they made sat for a decade. It was only after Masekela died in 2018, that Allen and Gold went back and finished it. There are seven support musicians here, and it’s not clear which of their contributions came from the original session, and which from the wrap-up, but the result is eight gem-like tracks that breathe and groove gloriously.

Allen describes the music as a “South African-Nigerian swing-jazz stew,” and I can’t top that. But lest you get the impression that this stew is thick and crowded with ingredients, I must add that the most appealing thing about this session is its spaciousness. It is rare to hear a recording of either artist in which his unique personality is so present and clear at every turn.

The opener, “Robbers, Thugs and Muggers (O'Galajani)” starts with the two artists chanting together a warning about…well, robbers, thugs and muggers! Then Allen’s distinctive shuffle kicks in, backed by Tom Herbert’s sturdy standup bass, and soon Masekela soars overhead on flugelhorn, clear and strong and melodious. The sparseness is awesome. There is keyboard and percussion on the track, but so inconspicuously interlaced as almost to escape notice.

On three tracks, Masekela shares the composed melody with Steve Williamson on tenor sax. Their rich double horn hook on “Agbada Bougou” is particularly beautiful and haunting. But only Masekela solos. He and Allen own this session start to finish. “Jubulani (Rejoice, Here Comes Tony)” unfolds as slow, funky backbeat with Masekela chanting a celebration of Allen: “Be happy, here is Tony, playing the drums.” Vibraphone wafts in at times to add shimmering tonal waves. Allen’s intro to “Never (Lagos Never Gonna Be the Same)” immediately announces an Afrobeat groove, albeit with cowbell. Allen and Masekela sing the title together, adding the punchline, “without Fela.” Near the end, keyboards swell, Masekela bleats, Allen goes into overdrive, and together they swirl into the densest passage of the entire session.

“Obama Shuffle Strut Blues” reminds us that this session went down just over a year into the Obama administration, and celebration was still in the air after that exuberant campaign and historic election. The guys give a spirited salute to Obama on this upbeat number in which Masekela’s melodicism vaguely recalls that of another old friend and collaborator: Herb Alpert. The final track, “We've Landed,” is skittering and moody, with Allen’s bass whisper uttering words saluting this fortuitous and long-anticipated musical meeting. Thank God the tried-and-true World Circuit team was there to record it—truly one for the ages!