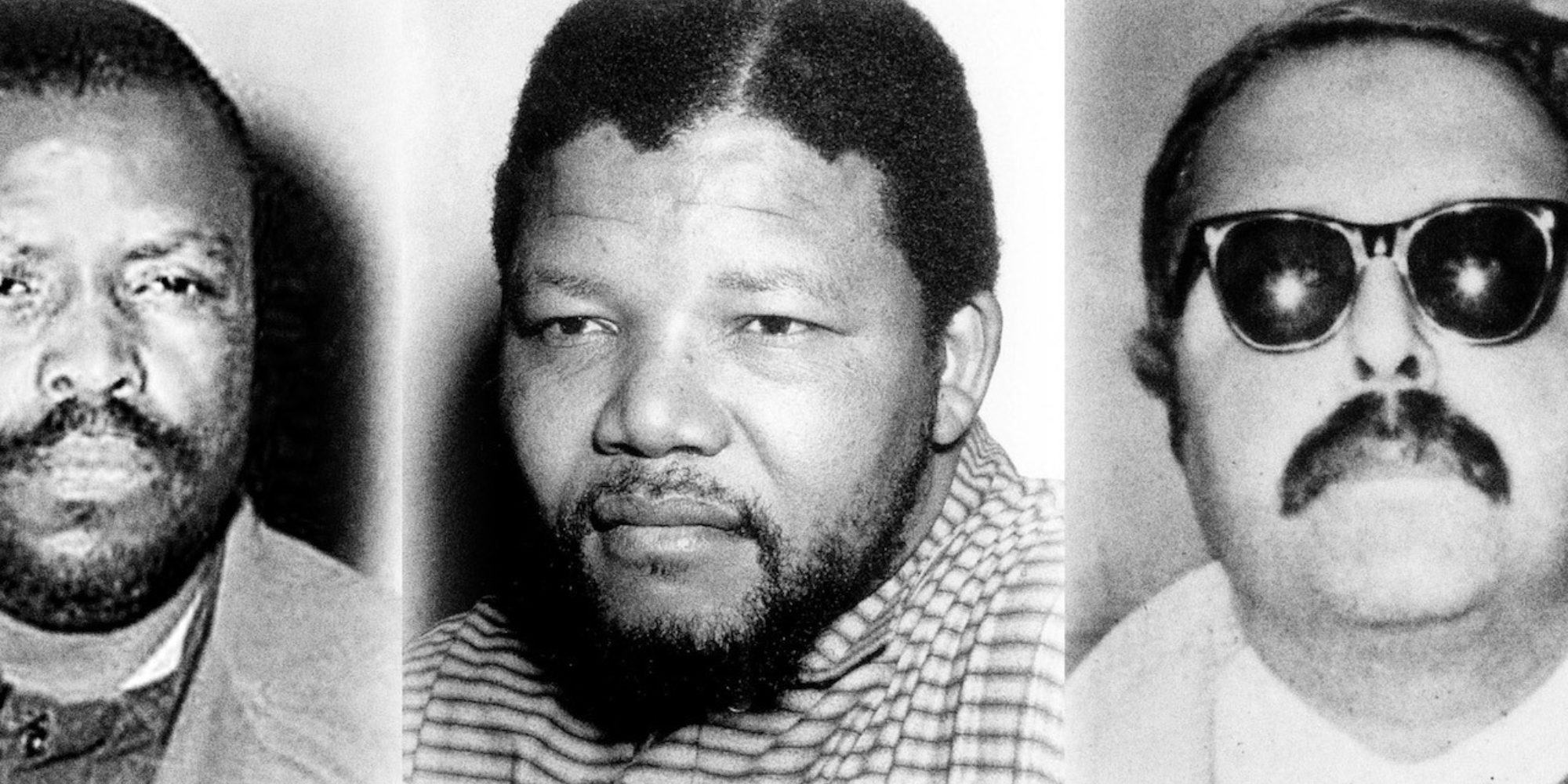 Reviews February 20, 2020
Review: “The State Against Nelson Mandela and the Others”

A documentary running at IFC in New York for the next week revisits the 1963 trial that sent Nelson Mandela to jail for 27 years, combining interviews with the surviving defendants, lawyers and their families, the son of the chief prosecutor and animation based on newly restored audio of the trial. The State Against Nelson Mandela and the Others puts the viewer in the apartheid courtroom, with the men who were so sure that they were going to receive the death penalty that they were elated when they received life sentences.

Through newsreels and archival footage, the documentary quickly and economically sets the scene for what is now known as the Rivonia trial: South Africa was several decades into a strictly racially segregated, white-dominated governmental regime. South Africans of color—millions of black Africans, but also thousands of Indians who lived in the country—were fighting for their civil rights but the apartheid government, made by and for the country's white minority, answered with violence, most notably at the 1960 Sharpesville massacre, where police opened fire on thousands of protesters, killing 69 of them, and giving the government pretext to declare a state of emergency and ban Mandela's African National Congress. Driven underground, the ANC and its allies felt there were no other options and began to resort to sabotage. The underground movement was discovered, its plots uncovered and leaders arrested outside of Johannesburg in the suburb of Rivonia.

The documentary opens with black screen and audio from the trial. No video cameras were allowed into the courtroom, but audio from the proceedings was recorded onto the now-obsolete format of Dictabelts. The trial that sentenced Nelson Mandela to prison was obviously of historical and social interest in South Africa and across the world, and over the last few decades the 250 hours of recordings have been restored. The filmmakers decided to animate exchanges from the courtroom in hand-drawn, charcoal drawings—black and white. The scenes they chose are so engrossing that the animation feels almost perfunctory, but you have to put something on the screen, I guess.

With Mandela, his codefendant Walter Sisulu and others already passed on, the contemporary interviews feel all the more vital—one of the lawyers for the defendants, Joel Jaffe, died shortly after the reunion at the end of the film, another defendant was too ill to make it before passing on, as has Winnie Mandela. Interviews of subjects listening to the audio from the trial make for surprisingly interesting viewing—you really have to see Winnie Mandela's face as they outline the underground's plans to build hundreds of hand grenades and homemade bombs, and hear the prosecuting attorney's son talk with considerable regret about his father's work for the wrong the side of history.

It's a strange story and a hard one to conclude: the men leave the trial for more than two decades of imprisonment, but they ultimately win their freedom back and outlast the apartheid government. However, the work that Mandela fought for and, as he stated in his famous closing address, was willing to die for—a democratic and free South Africa where people live in harmony with equal opportunity—is far from achieved. Apartheid might be over, but South Africa's land is still disproportionally owned by a tiny rich white minority, while poverty and a lack of opportunity plagues the black majority.

During the final reunion of defendants and lawyers, the 2016 American presidential inauguration plays on a television, Barack Obama turning over the reigns to Donald Trump. It seemed a little forced and unnecessarily American-centered—must everything be viewed through the lens of the Trump administration?—but if that's what they had on the TV, well, that's what was on. Maybe it's to serve as a reminder to the viewer, who has just seen a grave injustice unfold, all the while knowing that their cause will eventually succeed: the arc of time is bending towards justice, to paraphrase Martin Luther King Jr., but it is long enough that it doesn't always feel that way.

The State Against Nelson Mandela and the Others is running at IFC in Manhattan through Feb. 27, 2020. Tickets and showtimes are available here.