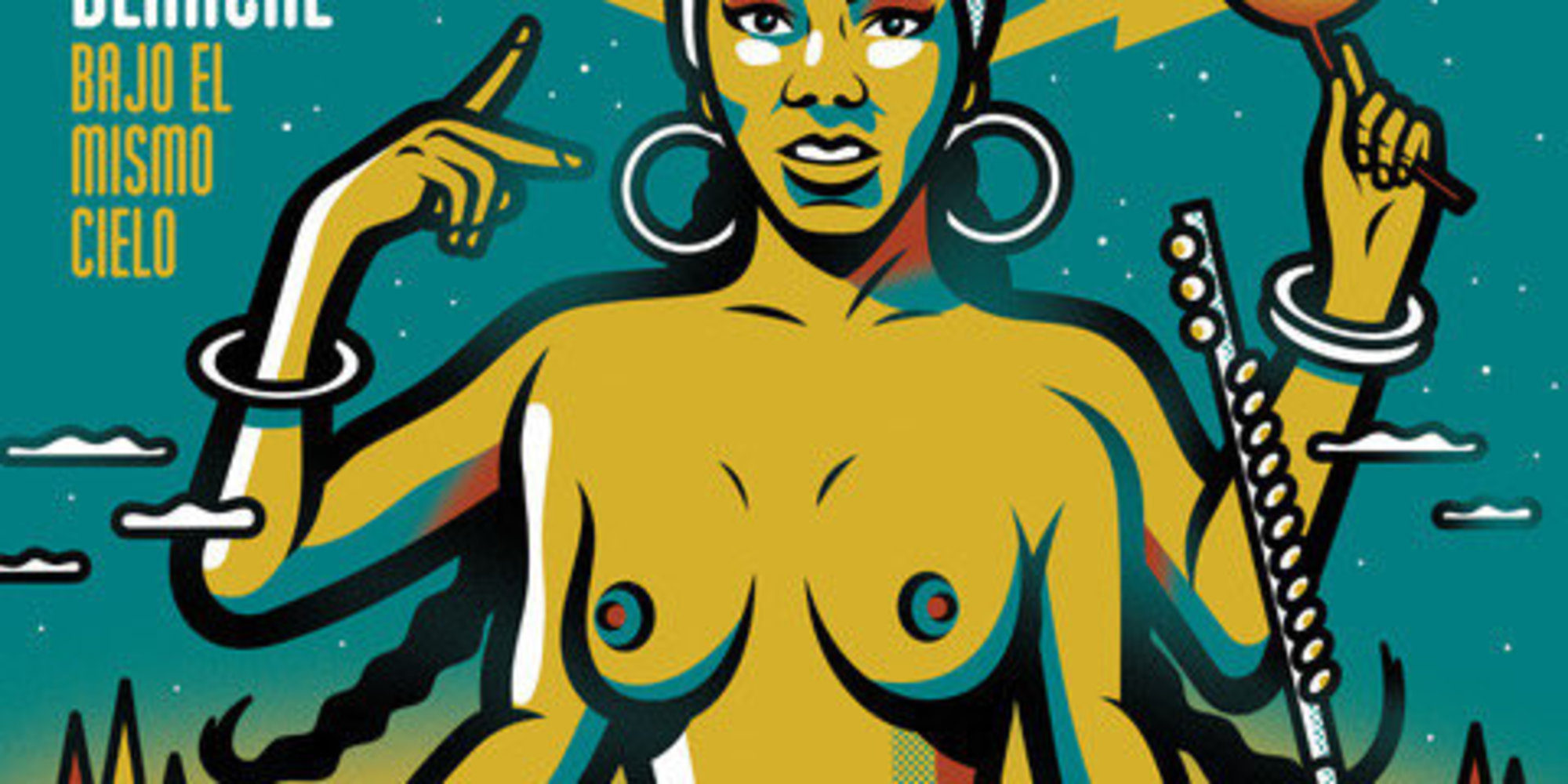 This album is a bold and unapologetic declaration of who she is as a musician and black Cuban woman in a world where the African diaspora is more connected than ever before. The result is a genre Yaité describes as hip-hop-urbano-Cubano. I asked Yaité about this unique genre and she explains that hip-hop reflects a “specific place, a neighborhood, a street corner, or the day to day. And Cubano because I am always proud of my roots and my nationality.”

Yaité comes from the Pinar del Rio region in Cuba known as the “Mecca of Tobacco” for its tobacco farms. As a young student, she attended Pinar del Rio School of Music and continued to earn her diploma at the National School of Art in Havana. She says, “I wanted to be a pianist at first and with the advice from my father [famed Cuban trombonist and music director] Jesus “Aguaje” Ramos, I finally chose the flute.” She gives homage to her upbringing in the tobacco-rich region with a cigar in hand when she performs on stage, and to her classical musical education with the presence of the flute throughout the album.

“Una Copa Llena” is the first song on Bajo El Mismo Cielo and gives you a sense of what hip-hop-urbano-Cubano sounds like. It leans more heavily on the hip-hop sound with brazen rap verses and chant-like melodies. The influence of trap music can’t be missed here either with the signature electronic high-hat roll. This is followed by “Ave Maria,” which maintains the trap sound but is more vocally virtuosic with triplet rap lines Migos helped to popularize. The sixth track, “Bajo El Mismo Cielo," features the Spanish singer and flamenco guitarist Sergio Aguilera. The song goes between a smooth Cuban nueva trova sound to a heavy reggae and dancehall break which works together beautifully. Yaité explains: “My first influence is the freedom to address my musical sensibilities without staying locked in a genre. We blend my Cuban roots, my background in Latin jazz and my classical flute with hip-hop, trap, cumbia, rap and electronic music.”

The unifying nature of this album is its danceability, traversing multiple genres. La Dame Blanche worked with numerous musicians including Manteiga, a singer from the South African group Batuk on “Mentira”; Mexican duo Celso Piña and Serko Fu on “Dos Caras; Nelson Palacios, singer and Cuban multi-instrumentalist on “No Puedo Loco”; and Brazilian rapper Rincon Sapiência on “El Sumo Sacerdote.” To give each of the songs an authenticity and identifying mood, she says, “These collaborations are a result each time of human encounters, friendship and respect.” It also reinforces the message of the album title which translates to “under the same sky.” She continues, “These are the words I found to trivialize distance and it is a message of brotherhood. If there is something that never changes, it is the fact that we all live under the same sky.”