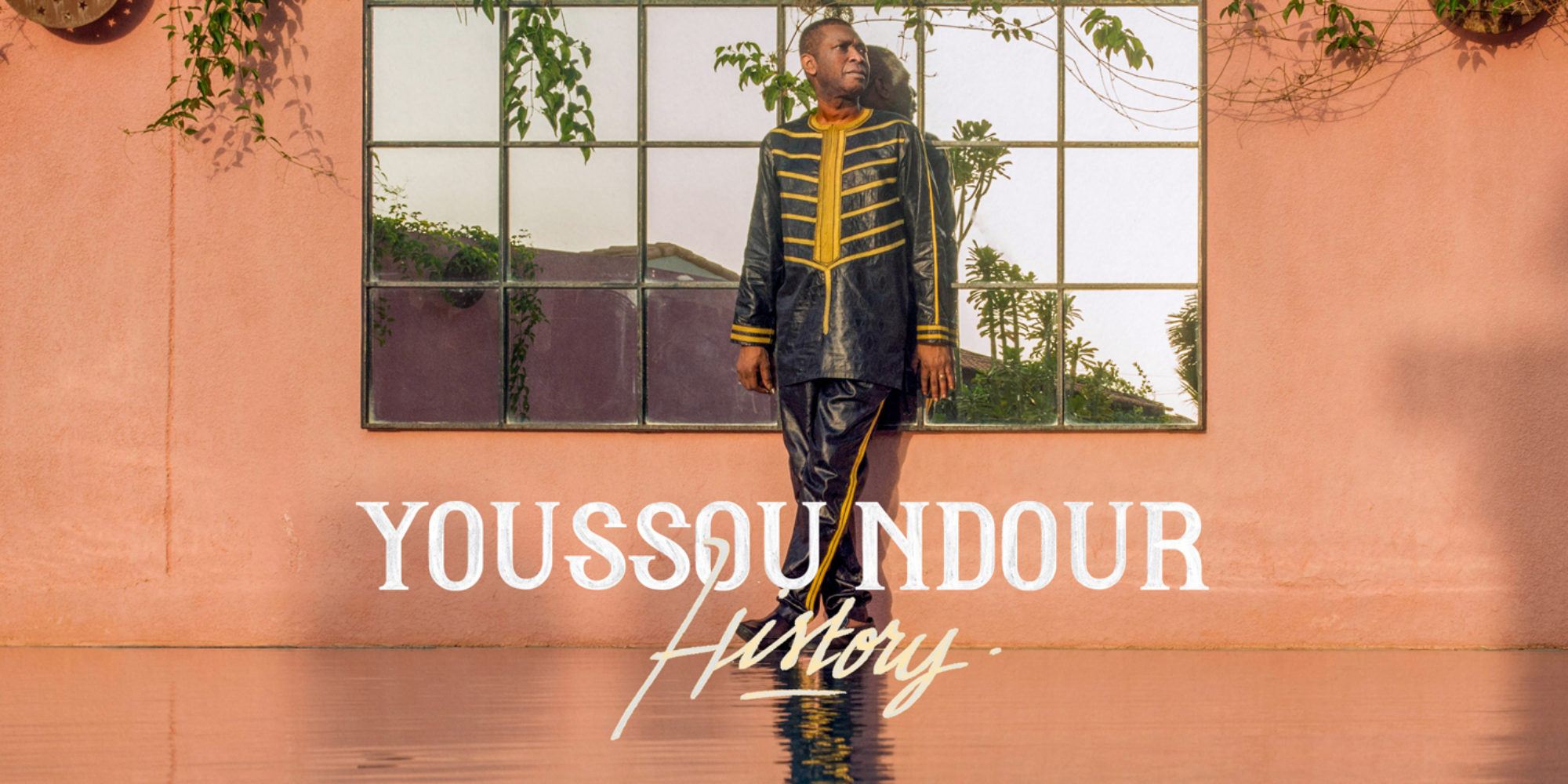 This is the first international release in three years from the “King of African Pop,” Senegal’s Youssou N’Dour. The previous album, Africa Rekk (2016) garnered relatively little attention in the U.S., despite an impressive list of collaborators. But this collection feels more consequential, perhaps the most reflective—if not the most visceral—of N’Dour’s 35-plus albums. History lives up to its title, delving back into the personal, musical and political past with an air of restrained contemplation. The opening track, “Habib,” seems the most likely to shine amid N’Dour’s enormous catalog of compositions. The song honors Habib Faye, longtime friend, bass player and music director of his band Super Etoiles de Dakar. From an ambling, seductive opening groove, the melody builds organically to a punchy, affirmative refrain, and we can feel N’Dour’s genuine love for his friend as his voice soars skyward.

The theme of history brings N’Dour to revisit songs from his past repertoire, beginning with one of his biggest hits ever, “Birima,” a praise song to a Senegalese king first released internationally in 2000, and a reliable standard at nearly every N’Dour performance since. Here, he lets Swedish-Gambian singer Seinabo Sey open the song in English, singing for her father: “It’s about where we come from.” (Sey was featured on Afropop’s program A Visit to Afro-Sweden.) This take on “Birima” hews closer to Sey’s electro-soul than to N’Dour’s original cool mbalax version, but the song stands up to many interpretations.

There are two other reprises, “Ay Coono La” (from Set, 1990), and “Salimata” (from Jamm, 1989). “Ay Coono La” gets a simplified treatment with spare keyboard chording, hand claps and a gushing alto saxophone. N’Dour kills the vocal, the most engaging feature here. “Salimata” offers a more robust arrangement, revolving around a tinkling piano and chiming guitar chords, and again, N’Dour pours his soul into the vocal, trading off with more swelling saxophone.

The original songs here are more impressive. “Confession,” made with French-Beninois Mike Bangerz (BGRZ), is the lament of a migrant worker in France caught in a romantic plight. “Macoumba” recounts the trials of an unlucky gambler amid the hustle of Dakar’s urban streets in classic mbalax-pop. N’Dour raps and sings in his elastic voice’s midrange here.

“Hello [Remix]” is literally a remix of a power pop hit from Swedish-Congolese star Mohombi, sung in both English and French. (Sweden is definitely pulling its weight on this album.) Momombi has a head voice to rival N’Dour’s and the two join forces on the song’s catchy hook—very effective. Perhaps the biggest surprise here is a pair of covers by the late Nigerian musical ambassador to America, Babatunde Olatunji, of Drums of Passion fame. “My Child” unfolds over a Latin clave feel and intertwines Olatunji’s original vocal with N’Dour’s earnest pledge: “I’ll be there for you.” The other Olatunji number, “Takuta,” gets a gentle reworking very different from the orginal’s brassy percussion tumult. Instead, we get an ambling, trancy cadance, pleasant if a little tame. The thrill lies in hearing two icons singing together across the heavenly divide.

History may not be N’Dour’s most memorable work ever, but it’s a solid album and clear evidence that the man is nowhere near running out of ideas and inspiration, and also that his august vocal prowess is undiminished for all the years it has wowed us.