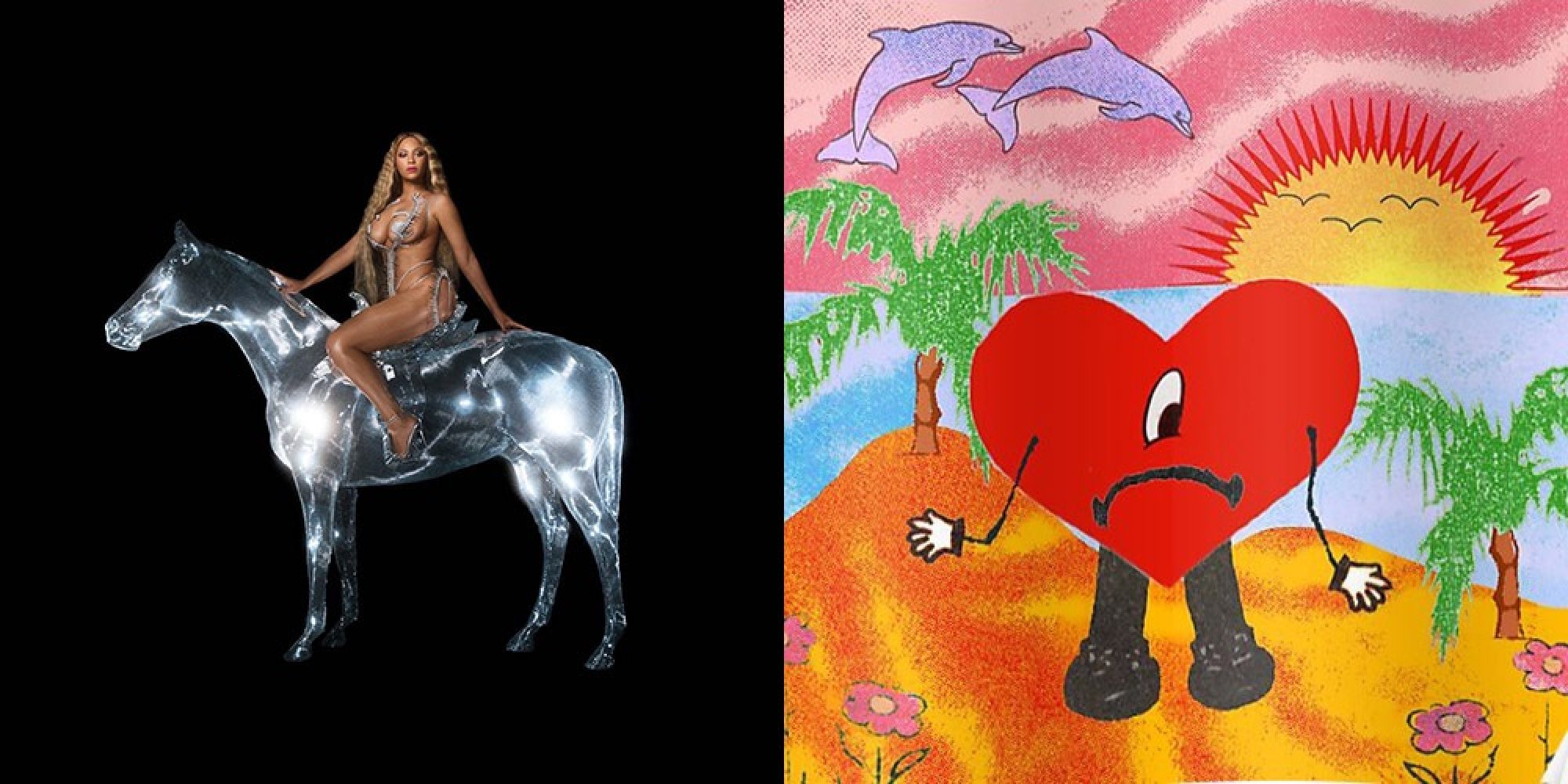 At this year-end time of reckoning for 2022, we pay tribute to two critically acclaimed and hugely successful albums from the world of commercial, global Afropop: Beyoncé’s Renaissance and Bad Bunny’s Un Verano Sin Ti. Both releases feature highly enjoyable, globally grooving dance grooves directly in step with our Afropop Worldwide story. Below, you’ll find links to our radio programs providing historical context behind Beyoncé’s take on house, techno and disco, and likewise for Bad Bunny’s take on reggaeton, cumbia, reggae, bomba, dembow, mambo and merengue, with touches of Afrobeats. The world of Afropop knows no boundaries!

Beyoncé is the 40-year-old billionaire pop icon who has shown her pan-African credentials at least since her 2016 smash hit Lemonade. Now in 2022, Renaissance is a powerful celebration of Black-originated club music and its accompanying liberating spirit. She is giving the spotlight to Black, frequently queer, Chicago artists and producers who created house music, one of the most important worldly influential music movements of the 20th century. And Beyoncé is also paying homage to the Black producers and DJ’s who created techno in Detroit. Renaissance has about 100,000 credits for all the samples and contributions large and small from artists and friends. She says in the liner notes to Renaissance that her latest album is dedicated to “the pioneers who originate culture…the fallen angels whose contributions have gone unrecognized for far too long.” NPR calls Renaissance the Best Album of 2022.

For deeper background on the history behind all this, check out Afropop Worldwide’s “Midwest Electric: The Story of Chicago House and Detroit Techno” brought to life by our interviews with seminal house and techno producers. This classic program was produced by Marlon Bishop and Wills Glasspiegel.

Puerto Rican rapper and singer Bad Bunny came out with his fourth solo studio album Un Verano Sin Ti (pronounced Um Be’rano Sin Ti”) meaning “Summer Without You” in 2022. It debuted at the top of the U.S. Billboard 200. It was also the first album by a Latin artist to reach 10 billion streams (that’s right, “billion” with a “b”). At the 65th annual Grammy Awards it became the first Spanish-language album to earn a Grammy nomination for Album of the Year. The Latin Grammy Awards honored the album as “The Best Urban Music.” And the public’s response? Ninety-six percent of Google users liked the album!

Bad Bunny has extended the reach and stylistic range of reggaeton. Listeners may recognize one of our often-featured Latin artists, Colombia’s Bomba Estéreo, who guest on the album. You can dig into reggaeton’s pan-Caribbean history on our program “Reggaeton and Race,” in which producer Luis López explores the genre’s complex relationship with racism and sexism.

Meanwhile, on a personal note, several levels down in the stratosphere of the global music business represented by Beyonce and Bad Bunny, I’m loving repeat listens to 27 year-old, African-American singer/songwriter and multi-instrumentalist (banjo and fiddle) Jake Blount’s 2022 stellar Afrofuturistic/Americana release The New Faith. For more on that, check out Banning Eyre’s interview with Blount.

And for more on artists you may have yet to discover, check out Mukwae Wabei Siyolwe’s take on Afropop Stars to Watch for in 2023.