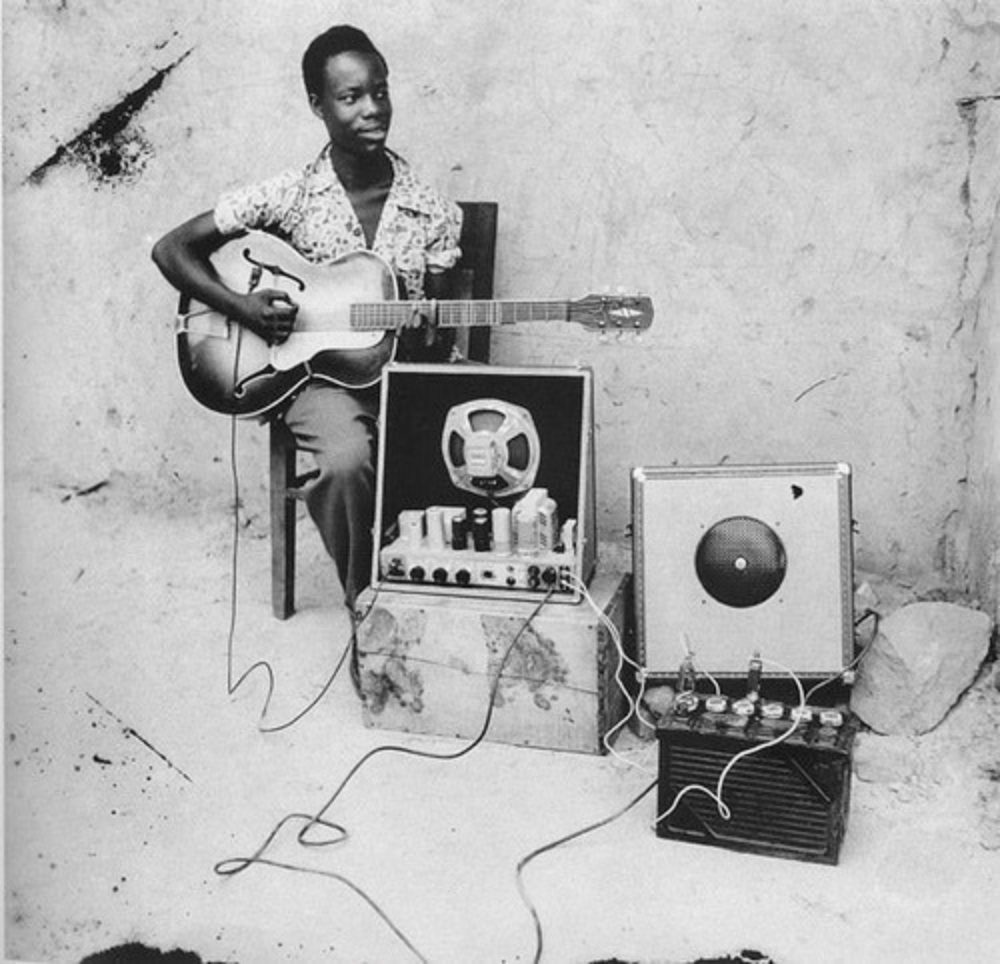 Docteur Nico (Nicholas Kasanda) established the gold standard of Congolese guitar style, the influential fountain from which all subsequent guitarists must drink deeply. From the very beginning in the 1950s, Nico was an essential part of the foundational orchestras of Kalle’s African Jazz, Rochereau’s African Fiesta, and went on to head his own band, African Fiesta Sukisa.

To complement Ken Braun’s excellent review for Afropop of the new Dr. Nico anthology, Dieu de la Guitare, we’re pulling up a couple of contemporaneous articles from The Beat, dating from 1985-‘86. The earlier one was written by Elizabeth Sobo, our first “African Beat” columnist, on the occasion of Nico’s visit to Washington DC, after a lengthy absence from the music scene, during which it turned out he had recorded 10 new albums.

(It is telling, in those early days when we were just learning about Congolese music—to my retroactive embarrassment, and way before there was Google as a reference—that the name of Nico’s brother and co-guitarist, Mwamba Dechaud, was misspelled here as “Dachaud.”)

As Elizabeth stated: “It can be said with certainty that the African music of today would not be the same without him”

Sadly, Nico was to pass away not long after his visit to the U.S., on Sept. 22, 1985 at age 46. The second article, contributed by African music historian Gary Stewart, recounts Nico’s life and career.

Best of The Beat July 5, 2018
Best of The Beat on Afropop: Leo Sarkisian and Mwamba Dechaud
"Music Time in Africa" producer recognizes Zairean guitar legend with "Prix de la VOA" and the presentation of a new guitar.